You may have seen that firms like Pinsent Masons, Shepherd & Wedderburn and Burness Paull are using contextualisation in their trainee recruitment rounds. They’re using a system from Rare, who are specialise in improving workplace diversity.

We have been running a pilot programme with Rare to broaden out its reach within the Scottish market, with Dickson Minto and Morton Fraser being the first to sign up through our scheme. We are encouraging more firms and organisations to participate too, but does everyone know what contextualised recruitment means and what problem Rare provides a solution for?

1. What is contextualised recruitment?

It is essentially taking a job applicant’s unique personal circumstances into account when looking at their application.

A lot of candidates look the same on paper if they have similar Higher grades, have had a part time job and some work experience on their CV. However, the reality is that for some students, this has been harder to achieve than others. All law students work hard, but some have had to deal with more challenging circumstances during their lives, which make their achievements even more significant.

Universities have been employing contextualised recruitment for a long time to ensure students from varied backgrounds can access higher education. It’s taking workplaces longer to catch up.

2. How does it lead to more responsible recruitment?

Let’s use an example to bring this to life:

A candidate applies for a traineeship at your workplace. Their application reads ABBBC at Highers, a part-time job at a restaurant, a week of work experience alongside their studies and a projected 2:1.

They don’t seem like a standout, because their application is almost identical to tens (or maybe hundreds!) of others you have received.

However, what you don’t know is that they went to one of the 10% lowest-performing schools in Scotland and they performed in the top 2% of their year group. They have also helped care for their disabled parent since childhood and their part-time work at the restaurant is a major income source for their family.

If you don’t ask a candidate questions that will allow them to provide you with this information, you will never be able to take their circumstances into account. Blind recruitment rewards merit based on an un-level playing field. Contextualised recruitment makes sure it is level, by allowing you to see candidates who have had to work harder to get to where they are.

3. What data do students provide and how does this become usable for employers?

In our pilot scheme with Rare, all employers need to do is provide a link for candidates to complete an online questionnaire. Applicants answer questions on, for example, the school they attended and the grades they achieved, whether they have ever been in care and how many hours they worked alongside study throughout their school and university careers.

Rare’s contextualised recruitment system will then use sophisticated algorithms to measure a candidate’s disadvantage and outperformance in an objective way.

Employers can view the results in an online portal. Rare use a flag system which makes disadvantage and outperformance clearly visible.

4. How does contextualised recruitment work alongside the way employers usually recruit?

We recommend that employers who take part in our pilot scheme use it as part of a two-phase process to assess any trainee candidates, so not interviewing on the basis of contextual data alone.

Employers are looking for different things and prize different attributes. Some employers will always want to meet candidates for interview who get the highest academic grades, others will favour those who meet a competency framework, or who demonstrate strengths and values in-keeping with your workplace. We recommend keeping any preferred system already in place to progress candidates as normal to the next step.

Stage two: Use contextualised recruitment to identify who might have been missed at stage one

A software like Rare really comes into its own here, as a lot of candidates who appear to have similar applications on the surface naturally fall into a ‘maybe’ pile. Because Rare’s system looks at disadvantage and outperformance, employers will be able to see which applicants are above average when looked at in context. These candidates can be added to the ‘yes’ pile.

5. Do some students effectively end up being disadvantaged if they don’t trigger any social mobility indicators?

Ultimately there is just more competition. As employers use a two-stage process to assess their candidates, those who would have been interviewed before using contextualised recruitment, still will be. It just means people who deserve to get to the next stage, but would previously have been overlooked, now have the opportunity to prove their suitability at interview.

Find out more about joining our pilot scheme with Rare

Contact Olivia Moore on 0131 476 8203 or at oliviamoore@lawscot.org.uk if you’d like more information, or if you have any questions.

We have brought contextualised recruitment software to the Scottish market by working in partnership with Rare. This is a robust way to tackle social mobility, enabling employers to recruit in an objective, socially responsible and affordable way. 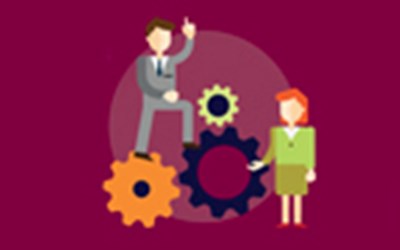 Guides aimed to help legal employers attract solicitors and trainees with the right skills to meet the needs of their business and client base.