As we mark International Human Rights Day on 10 December, the date on which the UN General Assembly adopted the Universal Declaration of Human Rights (UDHR) in 1948, the UN’s theme this year is ‘Equality – reducing inequalities, advancing human rights’. The theme reflects Article 1 of the UDHR that “All human beings are born free and equal in dignity and rights”.

International Human Rights Day is a day to reflect not only on some of the advances that have been made in recognising and protecting human rights in law, but also the huge challenges still faced in ensuring that the full range of human rights are recognised and protected, and in providing access to justice and an effective remedy where rights have been breached.

As noted on the UN’s own Human Rights Day website, Eleanor Roosevelt addressed the question of where human rights begin – “In small places, close to home – so close and so small that they cannot be seen on any maps of the world”, requiring individual action to respect and uphold them, without which attempts to make progress on a larger scale would be in vain.

Close to home, the recognition and protection of human rights in Scotland is in a process of transition, with work continuing within government and wider society on a new statutory human rights framework for Scotland, following the report earlier this year of the Scottish Government’s Human Rights Leadership Taskforce. The Taskforce’s recommendations focused on restating the rights currently protected in the Human Rights Act 1998, but also increasing the breadth of human rights protected by law in Scotland including, amongst other things, social, economic and cultural rights, as well as incorporating a number of international instruments and strengthening the Scottish Human Rights Commission. The Scottish Government was elected on a manifesto to introduce a Human Rights Bill for Scotland in this parliamentary session, the intention being to bolster and supplement the Human Rights Act 1998, rather than replace it.

These efforts are not without their own significant challenges, not least the legal constraints placed on the Scottish Parliament by the Scotland Act 1998 that prevent it from legislating on reserved matters in relation to human rights recognition and protection. No doubt, the legal advice and drafting instructions for the new Scottish Human Rights Bill will be burning a hole in the desk of Scottish Parliamentary Counsel at present, to consider how to ensure that the legislation does not fall foul of the UK Supreme Court’s interpretation of the Scotland Act in its recent consideration of a Bill to incorporate the UN Convention on the Rights of the Child into Scots law (Reference by the Attorney General and the Advocate General for Scotland – United Nations Convention on the Rights of the Child (Incorporation) (Scotland) Bill [2021] UKSC 42).

The direction of travel in Scotland in the next few years, in relation to the scope of human rights protection being pursued by the Scottish Government, will be very different to the direction of travel of the Westminster Government, particularly in relation to social and economic rights and the actions needed across our society to tackle poverty.

Nelson Mandela once said that “overcoming poverty is not a task of charity, it is an act of justice. Like Slavery and Apartheid, poverty is not natural. It is man-made and it can be overcome and eradicated by the actions of human beings.”

The Joseph Rowntree Foundation’s ('JRF') report ‘Poverty in Scotland 2021’ indicated that around one million people in Scotland are trapped in poverty, including a quarter of a million children. At a UK level, JRF has reported that one in five people across the UK live in poverty, that’s around 14 million people, with around 1.5 million being destitute and unable to afford basic essentials. The Covid-19 pandemic has exacerbated poverty and inequality in our society.

In promoting its agenda of ‘Leaving No-one Behind’ with a human rights based approach to sustainable development, the UN has noted that a human rights based economy has the capacity to break cycles of poverty, stating that “Rampant poverty, pervasive inequalities and structural discrimination are human rights violations and among the greatest global challenges of our time. Addressing them effectively requires measures grounded in human rights, renewed political commitment and participation of all, especially those most affected. We need a new social contract which more fairly shares power, resources and opportunities and sets the foundations of a sustainable human rights-based economy.”

With the UK’s Justice Secretary having indicated, in the past, that he does not support the Human Rights Act and does not believe in economic and social rights, it will be interesting to hear the opposing arguments voiced by the Scottish and UK Governments and by civil society on whether to retain the Human Rights Act and expand rights protection in law, to discover perhaps who has the better arguments and greater powers of persuasion, employing their rights-based credentials, their powers of reason and their ability to appeal to our human emotions.

The thoughts expressed are the personal views of the author. 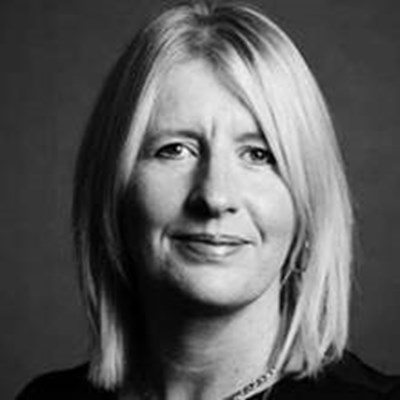