As part of our Black History Month blog series, Jamila Archibald writes about the different forms bias can take, and how we can step beyond addressing our own biases to become an anti-racist ally.

Jamila is a solicitor in the commercial disputes and regulation team at Shepherd and Wedderburn. She specialises in contentious construction matters,  and has experience in a range of high-value disputes, including litigation in both the Court of Session and Sheriff Court.

“Racist is a tough little word," said John McWhorter at The Atlantic. While there is academic debate regarding the definition of racism, it is commonly described as “prejudice plus power”. In this way, racism can be viewed as the oppression or marginalisation of people based on their colour or race stemming from a socially constructed racial hierarchy that privileges certain races. The death in the United States earlier this year of George Floyd has sparked a discussion about what it means to be anti-racist; the conversation has progressed from condemning racism to encouraging society to practise being actively anti-racist, and the ways in which we can all be aware of, and address, our own biases. It is extremely important that as a profession we address and face racism head on and support each other. This article explores different types of bias and discusses the various ways in which to become an anti-racist ally.

The Law Society of Scotland’s 2018 Profile of the Profession report found that unconscious bias was, according to respondents, the principal reason for comparatively few BAME solicitors reaching senior positions.

Generally, these biases, which encompass both favourable and unfavourable assessments, are activated involuntarily and without an individual’s awareness or intentional control. Implicit bias refers to attitudes or stereotypes that affect our understanding, actions, and decisions in an unconscious manner and may cause us to have feelings and attitudes about other people based on characteristics such as race, ethnicity, age, and appearance.

Reflecting on our own biases and putting in place structural measures and checks to try to prevent biases from affecting decisions and actions. Other solutions include counter-stereotypic training; exposure to individuals who defy stereotypes; education; and raising awareness of implicit bias.

Also known as similarity bias, this is the tendency to connect with others who share similar interests, experiences and backgrounds. We are likely to favour people we have an affinity for, and we may not be aware of how this is affecting our behaviour.

When hiring, our efforts can be constrained by time and the concept of who “fits”. However, if we are constantly focused on who “fits”, there is a risk that we will never break the status quo and will overlook the benefits of diversity.
In relation to bias, Harvard University researcher Mahzarin Banjai writes: “More than two decades of research confirms that, in reality, most of us fall woefully short of our inflated self-perception.” This overconfidence is particularly true when we are judging people. Whether deciding on who to hire, promote or give opportunities for advancement to, affinity bias can affect both our behaviour and our decisions.

When considering applicants or internal promotions, it may be helpful to concentrate on the ways in which an applicant can be a “culture add” rather than a “culture fit”. Two good ways to mitigate these effects of affinity bias are:

This is the inclination to draw conclusions about a situation or person based on our personal desires, beliefs and prejudices rather than on unbiased merit, typically by interpreting evidence to confirm existing beliefs while rejecting or ignoring any conflicting data.

Confirmation bias also affects employee diversity because preconceived ideas about different social groups can introduce discrimination (though it might be unconscious) (Agarwal, 2018) and consequently influence the recruitment process, and impede an organisation’s attempts to diversify its workforce. For example, existing beliefs that a certain group is more competent than another is a factor in why particular races and gender are over or underrepresented in many organisations.

Being aware, not jumping to conclusions and proactively seeking to disconfirm initial prejudices. Using approaches such as the “Six Thinking Hats” you can avoid the bias confirmation trap. Alternatively, discuss your thoughts with others. Surround yourself with a diverse group of people and don't be afraid to listen to dissenting views or seek out information that challenges your opinions.

An understanding of implicit race bias can help us to better understand the workings of institutional racism, in particular the idea of unwitting prejudice. Institutional racism is where racial discrimination resides, covertly or overtly, in the policies, procedures, operations and culture of public or private institutions. The Macpherson Report, which followed the murder in London of black teenager Stephen Lawrence, described institutional racism in the context of the Metropolitan Police, stating that “it can be seen or detected in processes, attitudes and behaviour which amount to discrimination through unwitting prejudice, ignorance, thoughtlessness and racist stereotyping which disadvantage minority ethnic people”. Systemic racism can stem from education, hiring practices or lack of access to organisations/professional sectors.

Recognising the existence and effects of discrimination embedded in policies and the operations of various sectors of society is the starting point. Once these have been identified, we, as a society, can begin to challenge and dismantle these structures in order to advance equality.

So how do we become anti-racist? Being afraid of saying the wrong thing is often the first hurdle to overcome; however, by remaining open to learning and participating in discussions we can contribute to dismantling bias or prejudice in society. The best allies are those who are willing to make mistakes and to keep trying. They acknowledge when they get it wrong or could do better, and strive to improve. They listen and they learn.

There are different types of allyship described below that may suit different people but each of which ensure we are constantly educating ourselves and contributing to the eradication of biases from society. In general, these methods include discussions with peers, educating yourself about cultures that may be unfamiliar to you (Black History Month being one opportunity to do so), speaking out against racial bias, and reflecting upon your own biases.

When an ally takes on the role of sponsor, they vocally support and endorse the work of colleagues from underrepresented groups in all contexts, but specifically in situations that will help boost those colleagues’ standing and reputations. This is not to be confused with the role of a mentor: a mentor lends their perspective, while a sponsor gives opportunities.

An advocate is someone who publicly supports the diversity and inclusion agenda and under-represented groups. They use their power and influence to bring peers from underrepresented groups into exclusive circles. The advocate recognises and addresses unjust omissions, holding their peers accountable for including qualified colleagues of all genders, races and ethnicities, abilities, ages, body shapes or sizes, religions, and sexual orientations.

The scholar is a knowledge-seeker who actively seeks to learn as much as possible about the challenges and prejudices faced by colleagues from marginalised groups. Scholars do their own research to seek out the relevant information and seek to learn, unlearn and relearn what they know.

When an ally takes on the role of amplifier they work to ensure that marginalised voices are heard and respected. This type of allyship can take many forms, but is focused on representation within communication. It has been recognised that ethnic minorities, women and other underrepresented groups often experience their voices being ignored, spoken over or interrupted. It has been said that one of the reasons the Obama administration was the most diverse was because of its ‘amplification strategy’ adopted by the female staffers in meetings. When a woman made a point, other women would repeat it, giving credit to its author. This forced the room to recognise the source of the contribution and amplify the idea in the meeting.

An upstander is the opposite of a bystander and is someone who speaks out or intervenes on behalf, and in support, of someone when they see or hear something is wrong. These can be everyday microaggressions or micro-inequities. This person pushes back on offensive comments or jokes, even if no one within earshot might be offended or hurt. Passive silence can be tantamount to active complicity.

A champion acts similarly to a sponsor but does so in a more public setting. Champions willingly defer to colleagues from underrepresented groups in meetings and in visible, industry-wide events and conferences, sending meaningful messages to large audiences.

A confidant creates a safe space for members of underrepresented groups to express their fears, frustrations, needs and goals. Simply listening to their perspective and trusting that they’re being truthful creates a protective layer of support.

We should also be aware of performative allyship (the disingenuous profession of support of a marginalised group in return for a reward or to be seen to be “on the right side”) or opportunistic allyship (words or actions in moments of crisis when participating may have some gain). True allyship is the authentic alignment between practising values, learning and action. 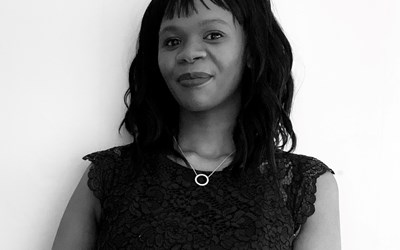 The fight for justice and inclusion, regardless of colour or creed, is a shared history that we must all strive to build upon to ensure a society and profession where everyone can thrive, says Tsepiso Forrest, a DPLP student at Robert Gordon University (RGU) and volunteer at the Citizen Advice Bureaux in Nairn and RGU Law Clinic.
Read more 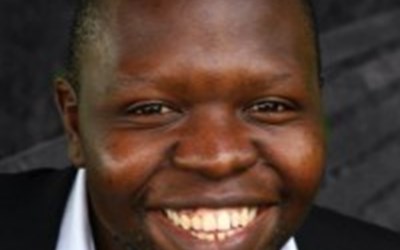