Lewis Hay, a second year LLB student at Napier University, won our COP26 and climate change student competition with his essay, below, in response to our question 'How do you consider that developing a universal definition of ecocide may assist in fighting climate change and environmental harm?'

A universal definition of Ecocide has the potential to be one of the most effective legal instruments at addressing climate change. Clearing the obscurity of the somewhat vague term of ecocide would act as a bogeyman to companies who knowingly contribute to environmental harm. However, defining it is not nearly enough. The definition then must be enacted into law at an international level to be most effective. Whilst the Paris Agreement has placed an obligation on ensuring states reduce carbon emission, defining Ecocide would reinforce that obligation onto states and privately-owned corporate actors. This is due to the weight and seriousness that being accused of ecocide would have if a clear definition was sought. Holding corporate actors accountable is vital to ensure international environmental harm is reduced and stopped effectively. In 2020, BP's greenhouse gas emissions were estimated to be around 374 million tonnes of carbon dioxide. Shell, that year was estimated to have produced around 1.38 billion tonnes of carbon dioxide. In comparison, the entire aviation industry produced 1.04 billion tonnes of carbon dioxide in 2018. This paper will argue that defining Ecocide and enshrining it into international law has the potential to be one of the most effective tools in the fight against climate change.

The need for action

A multitude of actions imperil earth and threaten not only humanity but life itself. The 2020 living planet report showed that population sizes of Mammals, birds, fish, amphibians, and reptiles have dropped by 68% globally, and as much as 94% in Latin America. Examples of such harms include industrial pollution and the legacy of military operations on landscapes, air quality, and living things that populate war-stricken areas. In 1972, then prime minister Olof Palme accused the United States (US) of Ecocide over the US Military's use of Agent Orange during the Vietnam war.

Actions such as these need to be responded to with an internationally applicable legal framework. Companies lack the will to freely cut down emissions. Therefore, legal framework has to be sought and applied, and before legal framework can be constructed, there must first be a definition. Despite the severe and widespread impact of using up earth's resources, the degradation of the environment has only recently been thought of something that amounts to a criminal act. In 2019 the small island state of Vanuatu was the first country to raise the issue before the International Criminal Court. The Ambassador for the Country, H.E. John Licht, stated that "[a]n amendment of the Rome Statute could criminalise acts that amount to ecocide."

A legal framework against Ecocide

If Ecocide were to be put on an equal footing with other internationally recognised crimes such as genocide, Ecocide would be assigned a moral dimension, alongside the legal side. Furthermore, if Ecocide were legally regulated and criminalised at international level, signatories of the Rome Statute would implement these rules in their domestic legal systems. This would hold corporate actors accountable and liable and in turn, prevent extensive harm to the environment.

Defining and enacting the crime of Ecocide as law should recognise environmental damage and degradation caused by humans as a crime of strict liability. If intent is needed to be proven to be found guilty of Ecocide, the possibility of sidestepping responsibility opens up due to the fact that the environmental harm and depredation was not intended. Since most corporate Ecocide is not intended, causation is difficult to prove. A good example of this issue is the Deepwater Horizon spill of 2010 where the lack of intent undermined US prosecution efforts.  An ecocide law would create pre-emptive responsibility for companies to prevent environmental damage. It would create a duty of care for states and corporate actors in which they would be bound to act before any mass environmental damage could happen. When making decisions, states and corporate actors would be prohibited from financing and carrying out actions that support a large amount of environmental harm. The implication is that by stopping major polluters such as BP from continuing to release mass amounts of carbon dioxide, stress and instability on the atmosphere are abated. This is in contrast to the Paris Agreement, which rather than placing a heavy focus on stopping environmental harm, aims to reduce carbon emissions over time. With these long-term reduction quotas, States lack the political will and motivation to meet their carbon reduction goal.

Adding Ecocide to the Rome Statute also provides effective measures that would punish those guilty of it. As an international crime, those guilty would be subject to arrest and then subsequently prosecution and imprisonment. If Ecocide were to be adopted not as a crime of strict liability but rather, as a crime that requires intent, it would create further stress as due to the size and sheer complexity of international corporations; it would be incredibly difficult to find the person nearing overall responsibility for any harm to the environment caused.  This is because, in large corporations, there would be no one such individual bearing the fault of causing extensive damage to the environment. Therefore, the requirement of strict liability would prove to be an effective measure in tackling climate change as it would ensure that all major polluters are held accountable for their actions. The threat of imprisonment would definitely motivate corporate actors to stop harming the environment in the way they are now, largely due to the social and economic implications being imprisoned has.

Climate change and the Rule of Law

Importantly, one thing that is often overlooked in the climate change debate is the rule of law. When it comes to acting as a driver towards encouraging transformation to a green and sustainable economy, the law is a catalyst for change. The law has the power to help prioritise the use of technologies that have no effect on the environment and that are sustainable. Introducing legislation would help prohibit the use of technology that are detrimental to our ecosystem and to also prohibit actions that further destroy our environment whilst also imposing a legal duty of care. Introducing legislation offers a means to adapt law to the constantly evolving area of climate change whilst negotiating the range of issues and disagreements inherent in climate change as a social issue. The Philippines' case Opposa v Factoran [1993] is a historical example of the judiciary recognising the crime to an extent. In this case, the court found in favour of the petitioners who had the right to sue on behalf of their generation and other generations to come. This right is based on the concept of intergenerational responsibility insofar as the right to a healthy environment is concerned.

Issues around the definition

A definition would need to be consensual across borders in order to be effective. With developing countries still playing catch-up, it is likely that these same countries will react negatively to the suggestion of defining ecocide and enshrining it into law. States who not only lack the mental will to stop carrying out actions that harm the environment, don’t have the technological capabilities to switch to green and more sustainable energy sources. Until these states have the technological capability, they continue to rely on large oil and gas companies to supply energy, thus, continuing harm to the environment. In this case a definition is useless, as it would just be ignored. However, with a clear-cut definition a stigma arises around companies that are accused of Ecocide. This has the potential to motivate states and corporate actors into being more sustainable and to reduce their impact on the environment.

In conclusion, it is clear that imposing the law of Ecocide would change this. It would hold corporate actors to account a lot more stringently than right now with the fear of prosecution and the social and economic impact on a company. If Ecocide can be comparable to some of the most atrocious acts humanity has seen, then surely human decency would prevail over profits, which would stop corporations from harming the environment further. For now, it is not a crime to cause mass destruction to the environment. Unfortunately, this type of behaviour has been normalised by profit-seeking international corporations and governments who remain complicit, with their heads buried in the sand, blissfully ignorant of the catastrophes that lie ahead. Unless, of course, mass damage, destruction and degradation of entire ecosystems is prohibited by the legal definition of Ecocide that must then be incorporated into international law. 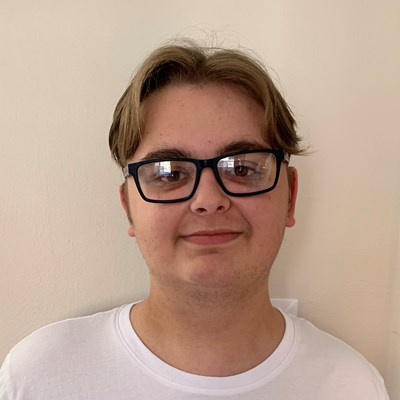