Cop26: Protest, policing and the law

Our Policy Executive Gillian Mawdsley blogs about some of the issues to consider and highlights some cases arising from individuals making a protest following our conference on policing operations and COP26, today, Wednesday 15 September 2021

As primarily a criminal policy practising lawyer, I had never imagined that in helping set up the Working Group on COP26 and Climate Change, that the Criminal Law Committee would then be so actively engaged!

We organised the Follow up Policing and COP26 Conference, as a result of the significant interest from the profession in our July 2021 conference. Both sessions have been chaired by John Scott QC, alongside speakers from Police Scotland, the Scottish Courts and Tribunal Service, the Scottish Legal Aid Board and Clare Ryan, a solicitor who is very experienced in representing activists at previous conferences.

In our democratic society, the right to protest or demonstrate is important.

Planning how to deal with those who may be involved in taking such action is vital. The contributions of Police Scotland in raising awareness of that need to be organised, while respecting public safety, all while taking account of the ongoing public health guidance and advice on COVID is much appreciated.

When behaviour may transgress into the criminal justice sphere, these incidents will then fall to be dealt appropriately by Police Scotland. Cases will be reported, with decisions to be taken about prosecution at the discretion of the Crown Office and Procurator Fiscal Office where sufficient admissible evidence exists, and prosecution is merited when acting in the public interest. That then filters into the criminal justice system and the use of the courts. The legal profession is crucial in representing those accused of any relevant crimes or offences and in progressing justice and respecting the rule of law.

We do not know how many criminal cases may arise from the COP26 conference. At the G8 headlines abounded with “G8 summit police made 350 arrests.” What may interest members of the profession, criminal lawyers or otherwise, may be some insight into how cases involving demonstrations have being dealt with before.

This short piece highlights aspects of criminal law that have applied. It is not prescriptive, and intended merely to be informative. It will of ocurse depend on the facts and circumstances of each case.

Article 11 of the European Convention on Human Rights protects the right to freedom of assembly and association. No restrictions should be placed on the exercise of these rights other than such as are prescribed by law and are necessary in a democratic society in the interests of national security or public safety, for the prevention of disorder or crime, for the protection of health or morals or for the protection of the rights and freedoms of others. This article does not prevent the imposition of lawful restrictions on the exercise of these rights by members of the armed forces, of the police or of the administration of the State.

Article 10 of the European Convention on Human Rights provides that: “Everyone has the right to freedom of expression. This right shall include freedom to hold opinions and to receive and impart information and ideas without interference by public authority and regardless of frontiers. ... The exercise of these freedoms, since it carries with it duties and responsibilities, may be subject to such formalities, conditions, restrictions or penalties as are prescribed by law and are necessary in a democratic society … for the prevention of disorder or crime, … for the protection of the … rights of others”.

That interference or these rights can be exercised at any time.

These cases are no different from any other criminal case appearing in a Scottish court. Justice must be fair, and cases should be prosecuted in the public interest with due regard to the rule of law.

The focus of attention may be the incident itself or the source of the objection where questions of criminal conduct have arisen. We can see that there may be objection in court- but the process in handling that objection is just the same. A compensation order was imposed for cutting the perimeter wire at Faslane but where just in any other case information evidencing the cost was not produced, the case failed. The procedure adopted was held as unfair, and that the justice should have continued the case for a proof to be held on the true cost of repair (Shaw v Donnelly, Scots Law Times 2003).

To consider incidents themselves, we can turn to the accused who was engaged in a protest against the building of a road. He sat astride a felled tree which a workman was cutting up with a chain saw and played a flute. He refused to move when asked to do so and was arrested on a charge of breach of the peace. He was subsequently convicted of that offence and unsuccessfully appealed to the High Court. The Court held that he had placed himself and the workman in a position of danger by his refusal to move. His disorderly conduct might reasonably have caused a person to be alarmed by virtue of what might happen if the accused had remained in that position as the work proceeded. (Colhoun v Friel 1996 Scottish Criminal Case Report 497)

James Donaghy was one of four men who were charged with breach of the peace by climbing to the top of cranes on a building site and displaying banners. The men intended to stay on the cranes for some days as part of a 'peace' demonstration. They stayed there overnight and into the afternoon. Their activities prevented work being carried on at the site and annoyed persons employed there. They gave evidence, each explaining to the court the reasons for their beliefs, supported by varying statistics, and stating why the people of Glasgow should all be made aware of what exactly was going on at the Ministry of Defence site in question. All resided at the peace camp at Faslane and had actively participated in its objectives. The court held that they were not concerned with the motive for committing the offence which was a grave one of its kind. (1985 Scottish Criminal Case Report 118)

In more recent cases, Matilda Gifford, Daniel Glass v Her Majesty's Advocate[5] entered Aberdeen Airport. By using metal fencing, they erected a structure on a taxiway used for the movement of aircraft on the runway. Five of them locked themselves to the structure. Others climbed on to the roof of the terminal building, erected a banner, and chained themselves to metal railings. Their intention was to hold a peaceful protest and to disrupt operations for the day.

The airport was shut down. It was a busy airport used by both domestic and international airlines, and by the companies which operate helicopters servicing offshore rigs.

Being arrested inevitably interferes with the ECHR rights outlined under Articles 10 and 11. However these Convention rights do not entitle protestors to commit a breach of the peace where it is about balance. In refusing the appeal, the court held that:

Lloyd Quinan, an MSP at the time, was charged with committing breach of the peace at a naval base. He had blocked the road leading to the base with a group of others. He refused to move when asked to do so by the police. He was convicted, appealing that it was a protest by an elected representative, so that interference by criminal sanction could be justified only if it was necessary in a democratic society.

His conduct was clearly contrary to law. The actions taken against him were in pursuit of a legitimate aim and were proportionate, even though he was, and conceived himself to be, acting in a representative rather than in a personal capacity. There was no ground to hold it disproportionate to apply the law to him in the same way as to his fellow citizens (Jones v Carnegie 2004 JC 136 and Quinan v Carnegie 2005 1 JC 279) 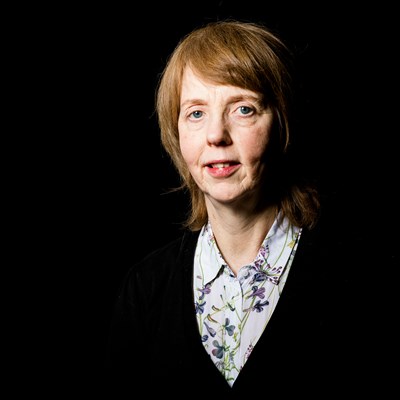