For International Men's Day 2020, Gregory Stachura, a Knowledge & Development lawyer in Banking Practice at Burness Paull, discusses how the experience of his father's efforts to be a fully involved dad has impacted his own approach to fatherhood, even when flexible and part-time working for dads was less-than fashionable.

Whilst I was growing up in the '80s and '90s, my Dad (a Professor) spent an inordinate amount of time in front of a desk. However, his desk was at home so he was always around - at breakfast, after school, during evenings and at weekends. Sure, Dad was always in his study but he had, as we lawyers like to boast, an ‘open-door policy’. Dad made sure he found plenty of time to find out about my day and how I was, to ask my thoughts on various subjects, correct the errors of my ways and impart some worldly-wisdom. He also found the time to devote his whole efforts to what became a highly-successful career.

Dad was fortunate in that his job and employer allowed him the flexibility to manage as he wished both his time (within the limits of teaching commitments) and place of work (the now oh-so-familiar ‘WFH’). Progressive, almost commonplace, now, but relatively unheard of then.

Fast-forward something-years to my being a solicitor in a large firm and becoming a father to my own son, my first-born. With the professional and familial pressures that enveloped me in my son’s first year, I became acutely aware of the effort my Dad’s balancing act must have taken, of the choices and trade-offs that were made so one could be assured of his time, his complete attention, his best efforts (rather than reasonable endeavours) and his genuine care. To say my Dad made, by his presence and involvement in my formative years, a positive difference to my wellbeing and understanding of fatherhood would be an understatement and I respect, and deeply admire, him for all that he did.

Becoming very conscious of all this as a young father made me more resolutely of the view that I wanted more than a peripheral role in my son’s early years, as other young working fathers around me seemed to have, and offer my own experience of fatherhood to my son. A young contemporary told me he wasn’t allowed to push-back his morning starting time by 30 minutes so he could do the school run - that wasn’t going to work for me. My difficulty was that this was 2008, a time when (and let’s be honest) the legal profession didn’t have a great renown for work/life balance or, goodness forbid, part-time or flexible working. The less said about a male wanting these ‘luxuries’ the better…

In contemplating part-time working or, at the very least, flexible hours, I was faced with initial concerns about the professional demands of my job, my own career glass ceiling, the economic impact of a part-time salary, the perception that I lacked ambition or commitment, or was, somehow, less ‘male’. However, I considered life was too short and decided to seize the day (‘carpe diem’, because we lawyers love a Latin phrase), hence I requested part time and flexible working.

By luck (or was that choice?) my then firm was progressive in allowing both flexible and part-time working. My wife, being incredibly supportive, agreed to cut our financial cloth accordingly. And so “Cocktail Tuesdays”, as I called them, became my day at home with my son and were spent chatting, playing, walking through woods, chasing each other at soft-plays and (don’t tell my wife) at the cinema. There were days that made me wish for the office, but overwhelmingly we had fun (although I was always too tired to have any cocktails).

I discovered that I was quite the anomaly. Mother and Toddler groups were vaguely unwelcoming and no-one I spoke with in professional circles knew of any other young male who worked part-time or as flexibly. Whilst my colleagues and clients were generally supportive of me, there remained a degree of suspicion, which underlined my initial concerns. In the world of Banking & Finance, I certainly wasn’t your typical alpha-male.

Cocktail Tuesdays also impacted on the rest of my working week. Mondays were difficult, as I needed to work late to tee things up for my absent Tuesday. Wednesdays were hellish as I played catch-up. I worked a five-day week in four and IT limitations meant I couldn’t work at home, so would be stuck in the office until early evening, missing my son’s dinner, bath, and bed.

Since Cocktail Tuesdays started 12 years ago, IT capabilities have improved vastly and prevailing workplace attitudes and certain socio-economic dynamics have evolved, all allowing greater access to part-time and/or more flexible working, without fear of negative perception as to economic worth, ambition or, for males, masculinity – quite the contrary.

Against this backdrop and to ensure I could continue to be involved fully in my kids’ lives now they are at school (school runs, homework, mealtimes etc), I moved recently from being a transactional lawyer to a supporting role in a firm that embraces, and encourages, fully my requirements.

I’m still part time and yet more flexible in my working day. I’ve never wished I’d spent more time in the office, despite the lack of sports car in my drive. I have a work/life balance that I love and a career that fulfils. I am far happier for having made the choices I have and am eternally grateful to my Dad for showing me the way he thought it should be. I’m lucky, but I feel I had to make my own luck. How all this will shape my son, only time will tell, but I know that I have no regrets.

International Men's Day 2020: A letter to my son

Tim Taylor, an Associate Solicitor at Hastings Legal and member of our Property and Land Law Reform Law Sub-Committee, writes a letter to his 16-month-old son Ben reflecting on men's wellbeing and what it means to be a "good man".
Read more

International Men's Day 2020: Parental leave for dads should be part of our new normal

Tim Mouncer, Public Affairs Manager at the Law Society of Scotland, tells us about his experience of taking shared parental leave and his hopes that it becomes an expected norm for fathers.
Read more
Add To Favorites 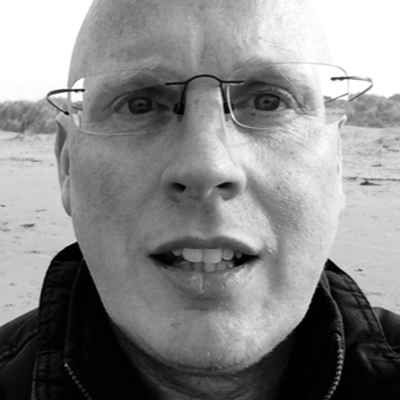