Our 2021 priorities: Incapacity, mental health and adult care and protection

Adrian Ward is the Convener of the Law Society's Mental Health and Disability Committee. Here he makes the case for cross-party commitment to coordinated and updated legislation across adult incapacity, mental health, and adult support and protection law and practice, one of our priorities for the 2021 Scottish Parliament elections.

Systematic violations of fundamental human rights of elderly and disabled people have become endemic in Scotland. Urgently needed law reform processes have stalled. Essential safeguards in existing law are being routinely breached. Government is to be commended for establishing, two years ago, the Scott Review, which is working towards long-term improvement, and better coordination, of Scotland’s incapacity, mental health, and adult support and protection legislation. The Society has called upon all parties to support that process. Critically, however, unlawful deprivations of liberty and other breaches of lawful requirements are proliferating, due to failure to implement the undertaking by Government on the future direction of mental health and incapacity legislation (in a statement dated 19 March 2019) that:

“At the same time as the review takes place, we will complete the work we have started on reforms to guardianships, including work on restrictions to a person’s liberty, creation of a short term placement and amendments to power of attorney legislation so that these are ready when the review is complete.“

That work stalled in 2018. There has been no significant progress since. Recently, however, there has been increasing pressure from a range of interests, including health and social care services, for progress. There have been indications that legislation could be introduced early in 2022. There should be a firm commitment by all parties then to implement outstanding proposals.

A decision of the European Court on Human Rights in 2004 revealed an urgent need for establishment throughout the UK of human rights-compliant regimes to authorise deprivations of liberty of people unable to give valid consent to their placements. England and Wales have had a suitable regime in place for 12 years. The Scottish Law Commission produced draft legislation in 2014, which now needs to be updated and brought into force without further delay. In the meantime, many people are being shunted into placements to suit management convenience without regard to their rights and wishes. Many such cases were identified in litigation brought by the Equality and Human Rights Commission prior to the pandemic. Further such large-scale unlawfulness has continued into the pandemic. As well as violating the rights of vulnerable people, consequences of the long delay include a guardianship system clogged up with applications that would be unnecessary with a deprivation of liberty system in place, and a general “blind spot” for the need to respect fundamental rights of everyone, however disabled they might be.

Also outstanding are further Scottish Law Commission recommendations made in 1995, as well as a long list of necessary, and largely uncontroversial, improvements to legislation compiled by the Law Society in 2016 (and updated since then).

Aspirational proposals to incorporate into Scots law human rights principles, including those in the UN Convention on the Rights of Persons with Disabilities, are commendable, but sit uneasily with current failure to provide legislation, supported by adequate resources, to stop discriminatory violations of rights that continue to affect vulnerable people and their carers on a day-to-day basis. Reforms essential to achieve compliance with the Disability Convention were published in 2016.

Prior to the very first elections to the Scottish Parliament, all major parties committed to legislation that established Scotland as a world leader in promoting and protecting the rights of vulnerable people. The world has moved on. Sadly, Scotland has fallen far behind. Similar cooperative commitment is required from all parties to catch up with immediately required reforms following the election, and thereafter to support the work and outcomes of the Scott Review. 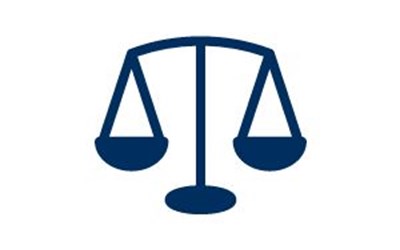 We have called on the Scottish Government to release data showing the legal basis for moving hospital patients to care homes at the height of the coronavirus pandemic, due to the lack of information in a recent Public Health Scotland report.
Read more
Add To Favorites
Categories
News Archive