Kenneth Pritchard OBE played a key role in our contribution to the Solicitors (Scotland) Act 1980 during his 21 years as the Secretary of the Law Society of Scotland and  became an honorary member of the Law Society of Scotland in 1997.  In the first in our series of Platinum Anniversary blogs, Kenneth generously shares his experiences and unique perspective on the key milestones and events of the Scottish legal profession in the course of his remarkable career.

I was brought up in Dundee in a legal family. While I was never overtly directed towards a legal career, there was, I suppose, an expectation that I would join the family firm. As a teenager in the school holidays to earn a bit of pocket money, I went into the family office and did all sorts of menial tasks, not only delivering letters to other firms in the city, but also being told about selling and buying houses and watching, when allowed, a partner meeting with a client. I came to the conclusion that this was quite an interesting way of making a living. So, on leaving school I went to St Andrew’s University to study law.

I was admitted as a solicitor in 1955 but almost immediately was called up to do my two years National Service in The Argyll and Sutherland Highlanders. On my discharge in 1957, I returned to the family firm. By this time the sole partner was my Aunt who, although a lady of towering intellect, was a woman and as such did not attract new business. I should say that at that time there were four lady solicitors in Dundee out of a total of 120 practising solicitors! It was clear that I had to expand the business and saw the best way to do that was by undertaking court work and getting your name known.

While there was civil legal aid in those days there was no criminal legal aid, so if you were to practise in the courts you were required to undertake a period of what was called 'the poor law', which required the solicitor to represent in the criminal courts all those who were unable to pay for their defence without any remuneration. In Dundee this was for a period of three months. It was for a new solicitor a great way to learn your craft. Sheriffs realised that you were inexperienced and doing this work for no remuneration and were sympathetic towards your mistakes and inexperience and would often point you in the right direction.

As the years passed, I went to the Law Society’s AGMs and became interested in the work of the Society. I was invited to join a couple of committees which increased my interest in the work of the Society. In 1976, the first Secretary of the Law Society, Robert B. Laurie OBE intimated his retiral and so started the process of finding a replacement. I never had the slightest intention of leaving my practice in Dundee but I was persuaded to apply. After a number of interviews, I was fortunate to be appointed and took office on 1 September 1976. It was a decision I have never regretted.

One of the first things which surprised me was that there was no requirement for solicitors to hold professional indemnity insurance. The consumer movement was well underway in the USA and what happened there was likely to follow in the UK, which could have serious consequences for those in our profession who did not hold insurance against professional mistake. I suggested to the Council that it should investigate whether it should be made compulsory for all Scottish practising solicitors. After a lot of hurdles, compulsory profession insurance came into effect in 1980 and in my view has been a boon and blessing to the profession. The Law Society of Scotland was the first law society in the world to have CPII.

My arrival at the Society coincided with the establishment of the Royal Commission on the Future of the Legal Profession in Scotland – The Hughes Commission. After four years of consultation in 1980 it issued its findings with recommendations about advertising of services and fees, the removal of the administration of legal aid from the Law Society and perhaps most concerning for the profession, the removal of the monopoly of the provision of conveyancing for fees. This might have resulted in banks, building societies and estate agents being entitled to provide conveyancing services. This was a battle we could not afford to lose and after much work and persuasion of the Government it agreed that solicitors should retain the right to provide conveyancing services for a fee, but there was to be established a new body to be called licensed conveyancers, to which The Society agreed. In effect licensed conveyancers never took off and provided no serious competition to the profession.

Since I retired as Secretary in 1997, the amount of regulation imposed on the profession has made the exercise of practice extremely burdensome for which my sympathy goes out to today’s solicitors.

I am sometimes asked what, if I had the power, would I change for the benefit of the profession. For me that is easy. It is that legal aid both civil and criminal be remunerated at a full and economic rate and that it be paid within a month of the lodging of the account. Dentists on the NHS get their fees paid in a matter of two to three weeks!

My life as solicitor in Scotland has been full, in the most part enjoyable but above all very satisfying. To be appointed an Honorary Member of the Society in 1997 was for me the greatest privilege. 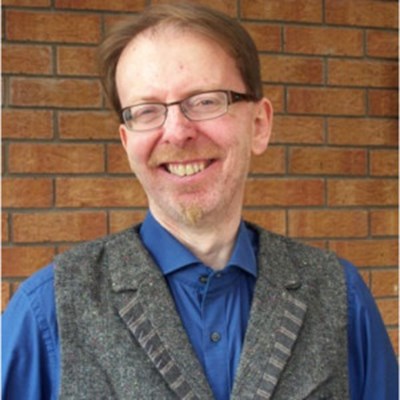 As part of our Platinum Anniversary blog series, Andrew C Ferguson, a solicitor at Fife Council, discusses how the gender balance of the profession has changed since he became a solicitor over 30 years ago.
Read more
Add To Favorites
Categories
News Archive
Articles Related by Category