Returning to study – it's worth taking the plunge

Matt McPherson will soon be commencing his traineeship with the Crown Office and Procurator Fiscal Service. He's shared his thoughts about the challenges and benefits of pursuing law as a mature-age student.

At the age of 30, setting aside my career to come back to studying was not an easy choice to make. I’d served as a Police Officer for Police Scotland for five years, and had three years as a Special Constable before that.

The pressures of policing are often misunderstood. Yes, the job is dangerous. And it’s not recognised enough that some police give the ultimate sacrifice to keep our communities safe. But ask police officers and they will tell you their stress comes not from the public but from organisational pressure.

A lack of resources and increasingly political and obscure decision-making restricted me in being able to do my job. But when I was able to help people – whether it was seeing the relief on the face of a domestic abuse victim when I got to their door, or convincing someone that their life was worth living as they stood on a ledge – I felt fulfilment. Strangely enough, I actually felt privileged to be with people in their moment of need.

Through tackling the perpetrators of crime or taking every opportunity I could to articulate to senior officers the shortfalls of the organisation, I found that the greatest gift my career gave me was a clarity in standing up for what is right – whatever the circumstances.

On 11 November 2019, I arrived home from work having learnt that my career had been set back several years. Due to budget cuts, the first and only opportunity I had to seek the qualification for promotion was opened to only seven uniformed officers in the Edinburgh Division.

Of the 100 or so applicants, my form was number eight on the list. If I’m honest, it was a relief. It was the line in the sand I’d drawn after years of frustration – but my commitment to and belief in Scotland’s potential had never been stronger. It was the clarity I needed that it was the time to undertake this exciting – but terrifying – journey into law.

As much as legal professionals hate talking about their personal finances, over the past few years I have had to get used to speaking openly about mine. With a degree under my belt from 2011, my LLB and Diploma had to be fully self funded. Having saved a deposit for a house, I gave it all to the university and, with my incredible mother’s encouragement, moved back home and got my head into a lot of books.

Perhaps it could be said that the one (and only) positive of paying for my own education is that I worked hard. My other “career” as a Warfare Officer in the Royal Naval Reserve sustained me – both financially and mentally – throughout my education but left relatively little spare time.

Many weekends and holidays were taken up with full-time work. However, as with most life experiences, I found my studies constantly contextualised and assisted with an enhanced understanding of how the world – and ultimately people – work.

I’ve always sat uneasily with the term “ambition”. It’s often thrown around by the types of people that go on The Apprentice. It is quick to frame one’s achievement as a “solo” endeavour. But this is seldom the reality.

Before my own legal journey began, when I served as Student President at the University of Edinburgh during my first degree, another mature law student came to me seeking support for a campaign to enhance financial support for those entering the legal profession. Naturally, I embraced it, bringing the matter to the Cabinet Secretary for Education and getting National Union of Students support, contributing eventually to the post-graduate student loan.

Fast-forward five years, and when I turned up as an Officer Cadet to my first day of Naval training, that student was my Executive Officer. Now an advocate, he was quick to encourage and support me as I undertook this journey. Furthermore, my former tutor (from 2011) wrote my academic reference after I found out he was still at the university and knocked on his door.

As that “grown-up” in the class, I must sound like a broken record when I remind my classmates to never forget that they should treat everyone they meet with respect and friendship, for you can never foresee the circumstances in which your paths may cross again.

My experience of Police Scotland had its benefits. It gave me a confidence to voice my opinion, challenge authority when needed, and (I hope) encourage the ideas of others. I recall one occasion only a few weeks into my studies, when on conclusion of a Family Law lecture with 200 or so present, a young student asked how a prosecution for sexual assault could ever occur with only one witness.

After the lecturer gave a particularly pessimistic acknowledgement and overview of the requirement for “corroboration”, I put up my hand, stood up and outlined how prosecutions are often secured under the Moorov Doctrine, and that anyone who has been a victim of sexual violence should have confidence in the lengths the police service goes to secure evidence beyond simply one witness statement. For this intervention, I received the nickname “Policeman Matt” – and enjoyed many more “hellos” from friendly faces in my classes.

Had I been told four years ago that I’d be sat here writing an article for the Law Society of Scotland, with a Distinction in my degree, three university prizes, having mooted at the Court of Session and with a traineeship at the Crown Office starting in August – I’d simply not have believed it. Perhaps I remain a little shell-shocked at just how much my life has changed.

What awaits me beyond my traineeship? Maybe the Bar, perhaps a career in prosecution, or maybe even politics. But all that is in my mind are the family, friends and colleagues who helped get me here. This has been the toughest but most unimaginably wonderful journey, and I cannot thank them enough for it. 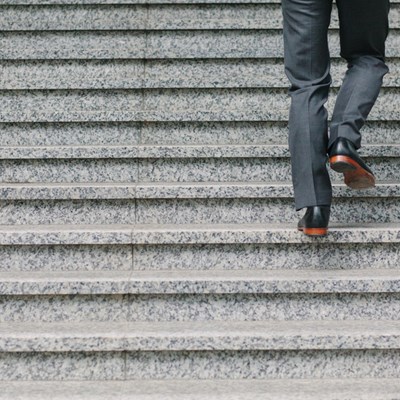 We have a dedicated careers team, who provide advice on employability skills, entry to the profession and career growth.