As we approach the Jewish High Holy Days of Rosh Hashanah, the New Year, and Yom Kippur, the Day of Atonement, Philip Rodney, columnist, consultant, non-exec and Fellow of the Law Society of Scotland, discusses what it means to be Jewish and how the legal profession can learn from this time of reflection.

On his Monday morning Radio 4 ‘Thought for the Day’ slot, the late, great Rabbi Lionel Blue once told a story about a man who fell over the edge of a cliff, but managed to grab hold of a bush that grew halfway down. Hanging on grimly, looking at the abyss below and feeling his grip starting to slip, he decided that prayer was the only way out for him. So he called out: "Is there anyone up there to help me?" A deep, basso profundo voice answered immediately and said: "My child, trust Me. Let go of the bush, and I will hold you up, and save you." The man, desperately holding on, looked up for a moment, looked down for a moment. He was very quiet for a while and then called out again: "Is there anyone else up there?"

The story tells us something that links Judaism with the legal profession: question and debate are at its heart.

There are lots of jokes about Jews being poor athletes, but one thing is for sure, if argument featured on the list of sports played at the Olympics, we would be standing on the top step of the podium every four years. Whether in the home, the synagogue or in business,  analysis and challenge are central to our being.

In more than 40 years in the profession, I rarely experienced overt antisemitism. However, I did come across a surprising number who said, “I’ve never met a Jew before.”

So, as we approach the Jewish High Holy Days, Rosh Hashanah, the New Year, and Yom Kippur, the Day of Atonement, and at a time that the Law Society of Scotland is committed to furthering the issues of equality, diversity and tolerance, let me attempt in a few lines to explain a bit about Judaism, a topic that has kept scholars busy for over 4,000 years.

Jewish identity has a multifaceted nature - religious and ethnic. Some who consider themselves Jewish may be religiously Buddhist, or atheist, or couldn’t care less about any religion and see their identity only as a cultural heritage. Jewish identity does not need to imply orthodoxy.

At its core, Judaism is seen as a means to being a good person. It respects the fact that there are many other ways of achieving that end. Behaving well is way more important than following ritual. As Lionel Blue put it, hospitality trumps theology.

So far, so uncontroversial. Yet, 75 years after the liberation of Auschwitz, a record number of antisemitic incidents were recorded last year in the UK. These attacks have come from across the left-right ideological spectrum. Why is this so?

Historically, there has been a pattern of increased antisemitic activity whenever society has needed to find an explanation for a variety of misfortunes. For centuries, it has been convenient to label Jews as the usual suspects for these grievances. Now, more than ever, society is having to address a range of  existential challenges that at first sight are overwhelming - Covid-19, economic recession and global sustainability. On past form, that is likely to exacerbate the situation.

But it would be self serving only to be sensitive to Jew hatred at this time.

Last year, the Muslim community suffered even more attacks fuelled by Islamaphobia. And it’s not just true of religious minorities. According to Stonewall, one in five LGBT+ people has experienced a hate crime or incident, because of their sexual orientation or gender identity over the last 12 months.

The truth is that when the going gets tough, some find it easier to look for scapegoats than address the real issues.

Rosh Hashanah is a time for Jews to reflect on the past year, confront their mistakes, identify their priorities and and make a fresh start. As a profession that still has a lot more to learn about equality, diversity and tolerance, perhaps we should all do the same. 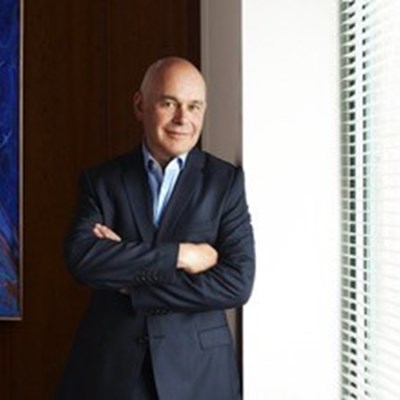