The Net-zero Journey: time to get off the merry-go-round?

Neil Amner, Anderson Strathern’s Brexit and Business Resilience Lead and whose professional practise includes environmental, transport and parliamentary work, is a member of the Society’s Environmental and Marine Law Sub-committees and the COP26 & Climate Change Working Group. Here he writes about some of the challenges that will need to be addressed in our journey to net-zero carbon emissions.

President Biden’s apparent determination that the USA will not only re-engage but show leadership on climate change has further raised expectations of CoP26, due to be held in Glasgow this autumn.

It was however, Bill Gates’s recent BBC interview which struck a chord with me; when he highlighted the need for a wholesale rethink of the physical economy and the scale of the economic challenge that presents.

For all the documentaries, demonstrations and political debates which there have been and are doubtless to come, are we truly an economy and society which is in transition? Are we grasping opportunities as well as nettles?

Two of Scotland’s greatest obstacles in that net-zero journey will undoubtedly be transport and domestic heat. Both present physical challenges in terms of retrofitting or replacing equipment but they also face economic and social barriers such as personal choice and affordability.

Those challenges are acknowledged in the four core themes of the National Transport Strategy (reduces inequalities; takes climate action; helps deliver inclusive economic growth; and improves our health and well being). The concept of “building back better” post-Covid was espoused by the advisory group chaired by Benny Higgins last summer. Likewise, with the work of the Just Transition Commission.

The Climate Action Plan seeks to address the challenges of transition across the constituent sectors and functions of the economy. It sets out direction, challenge and support across all. Amongst the stated targets is a 20% reduction in car kilometres travelled. Cars have been shown to be the largest source, at 40%, of transport greenhouse gas emissions in Scotland.

Nonetheless that is a curious target. Travel patterns reflect demand; commuting patterns seem likely to be different post-Covid. The blunt expression of the target seems to ignore the differences between urban and rural travel options and the implications for tourism and leisure. There may well be hard choices ahead but equally the choice of target could be construed as a political statement. If, say, electrification proceeds exponentially does the target make sense?

From an initial slow burn, progress towards decarbonisation is gathering pace across all modes of transport. Nearly all major car manufacturers now have fully or hybrid electric models or options across their ranges. Their share of new car sales is growing. Yes, there is still a price premium, however, that will fade as with other novel technology that becomes mainstream.

Likewise, electric delivery vehicles are being deployed and progress made with alternative fuels for the haulage fleet. Charging infrastructure is being installed.

Through these efforts and those of the applied research centres, Scotland is not only seeking to find engineering solutions but provide a business base to deliver the transition here and internationally.

The unprecedented prices bid for Crown Estate licenses for future offshore wind developments off the English coast show the scale of the investment appetite for decarbonisation projects. It also gives a nod to the likely level of competition to what will replace the “black gold” economy.  Transition will need to be funded after all, particularly if it is be delivered here on a just basis.

The recent decision by the Scottish Government to support the creation of “green ports” (Freeports with additional provisos) will provide another means to support competition for inward investment for the transition supply chain.

Innovation and investment are, however, not the whole story. Often regulatory approvals can delay deployment for many years. That is something which national and international regulators, as well as CoP26, will need to address in the climate emergency.

As Bill Gates points out, vaccines which normally take years to develop have been created, approved and delivered in under in a year; so we can make significant progress when we put our mind to it.

Our Lawscot COP26 Conference is fast approaching. Book your place now as we bring together lawyers from across the globe to discuss the role of the lawyer on environmental impact. 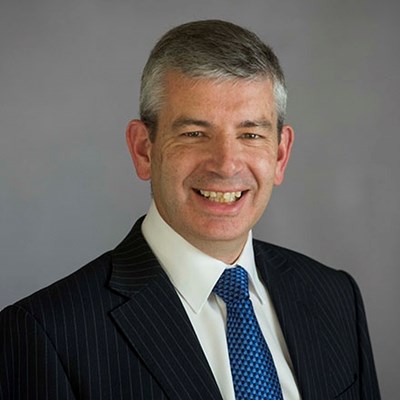