Debbie Wilson is Convener of the Criminal Law Committee, a Law Society Council Member and a criminal defence practitioner.

In approaching the 75th anniversary of the end of WW2, it is a time when we should reflect on the effect of intolerance and hatred directed towards certain groups of society. Policy initiatives such as the Hate Crime Bill underline how prejudice and intolerance cannot be endured in today’s Scotland.

The introduction of the Hate Crime and Public Order (Scotland) Bill that has been announced as part of the Programme for Government 2019/2020 is a significant step forward in Scottish criminal legislation.

This Bill represents an important opportunity for Scotland to lead on the review and consolidation of legislation on hate crimes. The relevant criminal offences involving hate have evolved over time. Consequently, they currently present a somewhat fragmented and piecemeal approach to the issue where intolerance and prejudice, when it arises, must be dealt with effectively. These instances of discrimination should have no place in Scotland’s diverse society.

The Hate Crime Bill presents a codified and up to date approach for all involved whether as victim, an accused or those involved in the Scottish criminal justice system including the police, the Crown, legal profession and the courts. In modernising its approach to hate crimes, Scotland is ensuring that these issues can be addressed effectively in a systematic, consistent and transparent fashion.

The gravity and importance of this area of law is shared by others who are also considering the issue, such as the Law Commission in their study of hate crime.

This Bill takes forward the recommendations made in the 2018 report by Lord Bracadale which the Society looks forward to considering in due course along with our members. In the meantime, an article in May’s edition of the Journal by Gillian Mawdsley examines the role of the legal profession during WW2 and the need to be ever vigilant with regard to hate crime and the use of emergency powers.

Whilst we celebrate VE day with a national holiday on Friday 8 May, it is important not to forget those marginalised in today’s society and to work to ensure that hatred has no place in our future society. 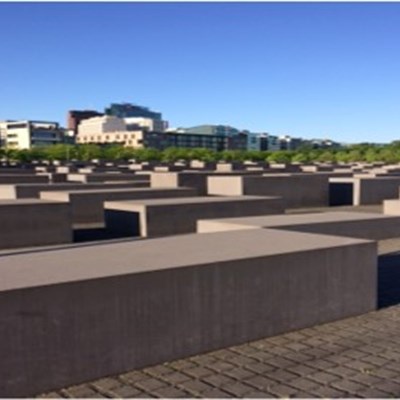 Our Policy Executive, Gillian Mawdsley was invited to speak at a Holocaust Memorial Day event for the Scottish civil service, on the deceptively normal legal and policy processes which helped create concentration camps and facilitated mass murder.
Read more

Confronting hate crime - now and in the future

A briefing from the Law Society of Scotland on the prospects for a Hate Crime Bill, and what it should seek to achieve
Read more
Add To Favorites
Categories
News Archive
Articles Related by Category