Volunteering as a climate change researcher

This year, I volunteered with Open University and the Environmental Law Foundation (ELF) to collect data on local councils in England and Wales. We analysed their responses to the Climate Change Emergency and the UK’s Net zero carbon emissions by 2050 policy laid down in the Climate Change Act 2008.

I worked as part of a group of students who were working on W360 Justice in Action (a module which involves undertaking a variety of Open Justice activities, as well as studying key underlying themes relating to social justice, professional identity and ethics and values and includes mandatory pro bono project work from a range of projects.) We were primarily looking at climate change and emissions data from local authorities in the East Midlands. We were analysing how many authorities had made a Climate Change Emergency Declaration, and what actions councils were taking following their statements. A Climate Change Emergency Declaration is action taken by governments and scientists to acknowledge humanity is in a climate emergency. The first such declaration was made in December 2016 and since then, many local governments in a number of countries have made them.
My role

I was interested in the project right away, as climate change is a huge personal concern for me – I was happy to channel my own climate anxiety into something productive!

As a final year law student, I had never done any work in policy research, and hadn’t covered the topic of how this research is undertaken in any of my prior academic work. It was illuminating to see what actions charities take to influence government action. At the same time, the task of researching each individual council’s response to climate change (where the amount of information given from council to council differed, and the ease of finding it online varied hugely), the work was at times tricky and tedious. On occasions where councils held lots of information, it was interesting to see how thorough their reporting and implementation was, and what local policies they’d enacted. However, it was only very few councils who had a lot of data and policy that was up-to-date and easily accessible to the lay-person.

To support our desktop top research, we also submitted Environmental Information Requests to each council asking for more information about their emissions, and the policies that they had written or implemented to reduce them. Most councils responded to these: some with information which we had found difficult to get on websites, and others with admissions that they did not yet have accurate reporting or climate change plans in place.

It was common to hear that measuring indirect areas of emissions was very difficult, and the problem that climate change plans became out of date almost as soon as they were prepared as targets and circumstances changed. At the same time however, many councils had set themselves ambitious targets for carbon neutral operations to be achieved within a decade.

Common policies councils favoured included switching to electric vehicle use, building energy efficient homes, reducing energy use in office spaces and reducing waste and improving recycling. Some councils were also looking into carbon offsetting through improving on green spaces in their area, and planting trees.

Meeting other students from across the UK working together to complete a whole picture of England and Wales and the ELF project extended to Scotland was fascinating, for seeing the differences and similarities seen between all areas. It highlighted the areas where councils had complete climate change strategies and areas where more support was needed, guidance was not clear enough or there was little council interest.

It was also very motivating to feel you were part of a community who were invested in the work that ELF was doing. Representatives from ELF were very supportive, and were on hand to answer any questions.

I hope that the data gathered from this work in due course can aid decision-makers at COP26 in November 2021, to analyse where support and leadership is needed for local authorities to sustainably decrease emissions.

In conclusion, this project has made it clear that we still have a lot of work to do in a short space of time to mitigate the effects of climate change – and that is only in the UK. The past year has disrupted efforts to manage the oncoming climate crisis, as the pandemic has taken a front seat in people’s minds; however, the damage from climate change could be yet more catastrophic until we start to implement policies which are effective and manageable for local areas.

This work has given me an insight into the role of environmental law, and shown that it will become increasingly more important as time goes on. It has been fascinating to learn about how our national policy is influenced, and the level of work that goes into it.

While I still am unsure if I am going to undertake further legal training after my LLB (fees are not insignificant and I’d need to leave or adapt my current career), I would definitely be interested to use my legal knowledge on volunteer work on areas of this nature in the future if I can. Whilst it isn’t as confrontational as a rally or a march to say the planet is heating up, it can hopefully point out to our law-makers specifically which obvious improvements which can be made! 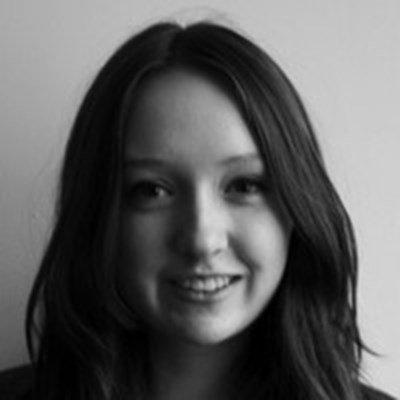