As people have started travelling again and restrictions have eased, it's time to take another look at a great option for expanding your career horizon. Qualifying to work as an attorney in the United States not only opens up opportunities there, but could enhance your career prospects back home. Here, Adam Ridley shares his experience of sitting the Bar Exam in New York and how it's benefited his career so far

Dual-qualification and becoming an attorney in the United States may not be something you have considered before or you may already be thinking about it. However, as the most prominent legal market in the US, New York saw a record number of foreign-educated candidates sit the Bar Exam in July 2019. Indeed, as a jurisdiction that allows holders of an undergraduate LLB from Scottish universities to sit the Bar Exam and be admitted as an attorney without even first being fully qualified elsewhere, it is a very attractive option as a first or second jurisdiction to qualify in.

So, how feasible is qualifying in New York? How different is taking the Bar Exam to studying law in Scotland? Is it worth all the work and expense? These were some of the questions I was asking when deciding on whether or not to sit the Bar Exam and hopefully this short blog will provide some clarity on the process of qualifying in New York as a Scottish graduate or solicitor.

In the state of New York, the Bar Exam is administered twice a year and is a gruelling twelve hours of time-intensive testing split across two days. It covers a total of 15 subjects, some of which will be fairly familiar to someone holding an LLB from a Scottish university, whereas some, such as constitutional law, will be relatively or entirely new. The first day is made up of essay and problem questions, but the second is filled with 200 multiple choice questions which are totally different from anything I had done at school or university and will likely take some getting used to if you haven’t previously studied in the US. With all of that said, passing the Bar Exam as a Scottish graduate or solicitor is certainly achievable, even on a part-time basis, so long as you keep a disciplined schedule and study regularly.

Once the main exam itself is over, you also have to complete and pass the New York Law Course, New York Law Exam, and Multistate Professional Responsibility Exam (“MPRE”). The New York Course and Exam can be completed entirely remotely, but another trip to the States will be required to sit the MPRE. The good news is that these do all generally require a lot less time and effort than the Bar Exam does and can be completed in a short time frame after. The final hurdle after passing all the exams is to complete 50 hours of pro bono legal work after which you are then eligible to apply for admission as an attorney and counselor-at-law.

So, why do all this? There are a lot of benefits to being dual-qualified and I won’t attempt at listing them all. The most obvious advantages, though, are increasing your career earning potential and helping you stand out more in a competitive job market in Scotland and the UK. On top of this, given New York is one of the most commonly chosen jurisdictions as the governing law in international transactions, there is significant value in being qualified as an attorney there. It also opens the door to work internationally. For example, I was able to secure an internship working at a law firm in Manhattan for the summer before starting my training contract where I gained valuable experience and which wouldn’t have come about had I not passed the Bar Exam in the summer prior. If your aspirations are closer to home and you’re not already qualified as a solicitor, passing the Bar Exam can also offer a shortcut to qualification in the UK by taking the Qualified Lawyers Assessment in Scotland or Qualified Lawyers Transfer Scheme in England and Wales after you are qualified in New York.

Some tips on sitting it as a Scottish/British university graduate:

If you have any questions about studying for the New York Bar Exam, please feel free to get in touch via LinkedIn.

As a Scottish solicitor, you can apply to dual-qualify in jurisdictions around the world. Read case studies, find out about BARBRI's preparation courses and information about the requalification process. 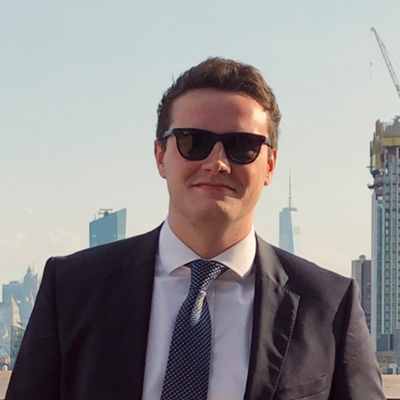