Why I work flexibly: Lindsey Cartwright

In the first of our series of blogs focusing on flexible working, Lindsey Cartwright, a partner with Morton Fraser and Accredited Specialist in Employment Law, shares her reasons for working flexibly and how it can work for everyone.

Having just turned 50 in the last few weeks, a number of people have asked me how I'm feeling about my new 50s moniker. I'm healthy, happy and have a fulfilling career - what's not to love?

But being asked the question has, in itself, made me reflect on the factors that have influenced my career and state of mind. And, I have to say, flexible working has played a key role in enabling me to find a balance between home and career.

When I had my first daughter, 16 years ago, I went back to work at least three months before any of the others in my 'New Mums' group. And I was the only one to go back full time. We were an eclectic bunch - a paediatrician, an anaesthetist, the owner of a nursery, a project manager etc. A group of eight professional working women, all having their first babies, all going back to work.

So why was it that the lawyer felt the need to get back not only first, but most? Maybe it was the stories told by other successful female lawyers about "only having taken a fortnight off when they had their babies", "client calls from the labour ward" etc, etc.

Making better choices than that for me and for my children

Or maybe I'd absorbed the comments from other lawyers, such as "I didn't see my children when they were growing up", worn like a badge of honour.

And then it dawned on me once I was back at work and rushing to the nursery for 6pm (I'd tried to arrange for baby to stay longer, but frankly she was knackered by then) that this was a choice I was making.

I'd seen the poorest of behaviours with my own eyes - people waiting in the office until "after bedtime". Only going home "when it was safe". They were making choices about their work-life balance and I had the freedom to make those choices too.

I swore to myself that I would make better choices than that for me and for my children. If my profession was slower than most to accept that working flexibly for childcare was something that a partner in a law firm could do, then I'd just have to force the issue.

And so I started working flexibly.

Now, I'm not professing to be any kind of radical ground-breaker on this topic. Working flexibly, for me, means that I have a half day off once a week and I work at home when it suits.

It worked for me, because it meant that I was available to clients any day of the week, but it gave me one afternoon when I could do the pickup from nursery and school, meet other parents, say hi to the teacher, spend time helping with homework and going to the park and getting a taste of life through the week outside the office.

It made me realise that I'd be dreadful at making potato-print birthday cards and sewing finger puppets from old socks, if I had to do it all week, but if I could look forward to doing it just a bit. It would be change from advising on redundancies, discrimination and drafting employment policies. And it might just give me some perspective.

My daughters are now 16 and 12, and they are confident, intelligent and sometimes crazy. Most of all, they know me. I didn't miss them growing up. They know that I will give them my time whenever they need it and they respect the fact that I work and have a good job. They want that for themselves, because they can see that it is manageable.

I sometimes get too ambitious and try to educate them about women's rights, but they are too busy making Tik Toks with their friends and telling me that it's all fine because "everyone's equal now". It evokes a wry smile, but I can rest easy knowing that their generation believe that that's how things should be. It will be up to them to really make it happen.

Working together to make it a success

From a work perspective, the very fact that I don't work full-time means that I give others in my team the confidence to know that that's OK for them too, if they want to do it.

They know that it is never a problem to ask for flexible arrangements and that, as long as they can be flexible sometimes, we'll all work together to make it a success.

For me, the key is to make it work for everyone. If you need to be there for a valuable client, then actually you do need to be there - this is a competitive industry with plenty of other lawyers willing to do the work instead. But take the time back for yourself when that happens and don't feel guilty about it.

Work hard when you are in the office - there's no point in being there if you aren't being productive. But when you are not there, really enjoy your family/friends/hobbies/new puppy or whatever it is that has led you to choose to work flexibly.

Why I work flexibly: John Grady

In the second in our series looking at flexible working, John Grady, a partner in Shepherd and Wedderburn’s regulation and markets team, explains why working flexibly is about much more than childcare and the positive influence it's had on his working life.
Read more 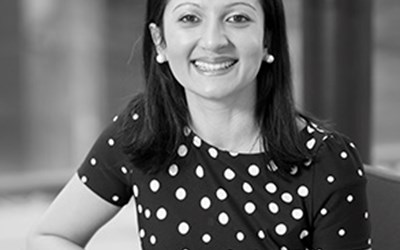 Why I work flexibly: Mimi Stewart

As part of our series on flexible working, Mimi Stewart, a legal director at Morton Fraser LLP, explains why self discipline, responsibility and being reminded "you don't work on Fridays" helps her to manage her work-life balance.
Read more 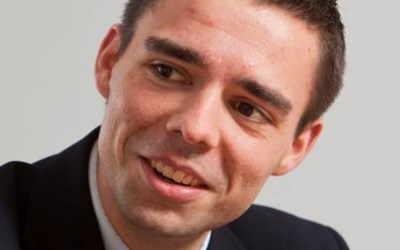 Why I work flexibly: Kevin Clancy

For our series focusing on flexible working, Kevin Clancy, a partner at Shepherd and Wedderburn, explains how flexible working enables him to combine being a solicitor and a FIFA international football referee.
Read more

Why I work flexibly: Beverley Wood

For our series on flexible working, Beverley Wood, a partner with Morton Fraser LLP, explains how flexible working has developed through her career and the opportunities it can bring for both employers and employees.
Read more
Add To Favorites
Categories
News Archive
Articles Related by Category