The transitional period has ended and a trade agreement has been reached between the UK and EU. Our Brexit policy page highlights all of our latest briefings, responses and position papers on Brexit-related legislation and parliamentary inquiries. We've also created a Brexit Q&A, which we will continue to update during this next stage of the process.

A New Year, a new relationship between the UK and the EU

A trade agreement was finally reached between the UK and EU on 24 December and on 30 December, MPs voted in favour the deal by 521 votes to 73. The deal was quickly signed into law by the EU (Future Relationship) Act 2020, which passed all stages in both the House of Commons and House of Lords and was given Royal Assent that day in order to take effect from 11pm on 31 December. Meanwhile in the EU, the deal was signed by European Commission President Ursula von der Leyen and European Council President Charles Michel but will not be formally ratified until early in the new year. The EU will therefore apply the agreement on a provisional basis from 1 January, pending ratification by the European Parliament.

We produced a preliminary briefing on the trade agreement and implementing legislation in advance of the parliamentary debate on 30 December, although our policy team will be looking more closely at their terms in the coming days and weeks.

The transition period will conclude at the end of this month and there is still no guarantee that the UK and EU will agree a trade deal before then. Talks have continued beyond the deadline for negotiations and while both the UK and EU appear to be pulling out all the stops to reach an 11th hour agreement, the same sticking points in relation to fishing, level playing field measures for businesses and how to enforce the trade deal remain.

The Department for Business, Energy and Industrial Strategy (BEIS) has recently published a range of 'end of transition' webinars (also available on YouTube) on topics such as providing services in the EU, recognition of professional qualifications, audit and accounting, business travel and investing or establishing in the EU and using personal data (although we have been advised that these will be updated in the event of a negotiated outcome).

There are also HMRC webinars available that focus on importing and exporting from 1 January.

In relation to the cross-border provision of legal services, what is permissible will depend on the individual rules of each member state. the UK government had provided some information specifically on service provision, although its policy is to signpost to individual member state legislation rather than interpret it. For those who engage in cross-border EU transactions, the following may be of interest:

Finally, with the assistance of colleagues and committee members we have produced a series of post-transition Q&As on intellectual property, data protection and anti-money laundering. Please contact Adam Marks at adammarks@lawscot.org.uk if there are any another areas you would like us to cover.

The transition period will end in 50 days and an agreement has not yet been reached between EU and UK negotiators.

Discussions resumed at the beginning of the week in a bid to address the differences that still exist between the UK and EU’s positions in respect of fishing quotas and competition issues and finalise a trade agreement by the end of the year. The Prime Minister’s stance continues to be that the UK is prepared to leave the single market and customs union on 31 December without agreement. If there is no agreement at that point, trade between the two will default to World Trade Organization (WTO) rules.

The change in rules that will take effect from 1 January 2021 will have an impact on legal businesses and legal services, regardless of whether or not a deal is finalised. The UK is leaving the single market, Scottish-qualified solicitors will no longer come within the scope of the EU lawyers’ directives and EU laws will no longer apply (except those that have been specifically retained - see below). On the various areas of law, much of what we reported in the run-up to the UK’s formal departure from the EU when it looked possible that no withdrawal agreement would be forthcoming is still relevant.

The UK government recently published updated guidance for legal professionals on Family law disputes involving the EU and also on Cross-border civil and commercial legal cases. The Intellectual Property Office has published guidance on changes to IP law from 1 January 2021 and the Information Commissioner has issued guidance on data protection at the end of the transition period, including a specific guide for small businesses.

Meanwhile, the European Commission has published a Communication on readiness at the end of the transition period which gives detailed consideration to areas such as trade in goods and services, energy, travelling and tourism, mobility and social security, company law and civil law, and data, digital and intellectual property rights.

Retained EU law is essentially anything that continues to be, or form part of, domestic law after the end of the transition period. Schedule 5 Open in a new window to the European Union (Withdrawal) Act 2018 sets out the EU legislation that must be published after the UK has left the European Union. After exit day, changes made to legislation on EUR-Lex will no longer apply to the UK and so the National Archive has created an EU Exit Web Archive. This archive collection will provide a comprehensive and official reference point for EU law as it stood at EU exit.

The government has also published information for legal services business owners from 1 January 2021. Although the guidance covers England and Wales only, much of the (limited) information is relevant to Scotland as well but please contact us with any specific questions or concerns you might have.

You might also find it useful to consult a post-transition checklist for businesses such as the one available on the prepareforbrexit.scot website, which details the areas that business owners will need to check, including their workforce, taxation/insurance, intellectual property and contracts, and regulatory compliance and data protection. The UK government also has its own self-assessment tool to help businesses prepare for the UK leaving the EU.

The European Commission has also published a Brexit Readiness Checklist, which even though it is aimed at EU companies doing business with the UK, contains useful information.

We will update these pages as regularly as possible in the final days to ensure that all of the advice and information is up to date.

The EU and the UK are negotiating a future relationship based on friendly cooperation for the benefit of citizens and businesses across both the UK and EU and which will take the form of a Free Trade Agreement. This Agreement which covers all areas in the Political Declaration is supposed to be concluded and ratified by 31 December 2020 (defined as IP Completion Day in the EU (Withdrawal Agreement) Act 2020 or the Transition Period in the Withdrawal Agreement). It will require the UK’s withdrawal from a number of EU legal frameworks at the end of the transition period including the Internal Market and the Customs Union. This will create barriers to trade and cross-border exchanges which do not apply today.

There will be deep and far-reaching consequences for public administration, businesses and citizens as of 1 January 2021, regardless of the outcome of negotiations. These changes are unavoidable so business and individuals must be aware of this possibility and the consequences that may lie ahead. The Commission is reviewing – and where necessary updating – the over 100 sector-specific stakeholder preparedness notices it published during the Article 50 negotiations with the UK. The EU Taskforce for Relations with the UK webpage Readiness Notices also covers 26 topics so far including consumer safety, food law and environmental matters.

The UK on the other hand has not yet published technical notices as it did in the run up to withdrawal from the EU. However it has identified actions you can do now which do not depend on the outcome of the negotiations and some specialist guidance is available for telecoms, gas or oil businesses, exporting cultural items and generating low carbon electricity and how they will be affected by changes in the law from 1 January 2021.

It is worthwhile signing up for email alerts from GOV.UK in order to keep informed of developments. The Scottish Parliament is also publishing helpful updates on the progress of negotiations.

During this transitional period until 31 December 2020 EU laws will still apply to the UK and the European Communities Act 1972 will still be in force. However, given the breadth of Free Trade Agreements generally, coupled with the undertaking that any UK/EU agreement will be particularly ambitious in scope, it is possible that not all areas of law and legal practice will be given detailed consideration at this stage. Our webinar series and our research paper on the future impact and effect of Brexit on Scots Law and the Scottish legal system highlight the relevant issues to consider until such time as a fully comprehensive agreement is in place.

We'll also be highlighting the latest publications from relevant and reliable sources of interest. For any further information, or if you have any questions or concerns, please contact our International Policy Executive, Adam Marks, at adammarks@lawscot.org.uk.

Brexit: what you need to know

Our Brexit webinar series looks at the impact of the UK’s departure from the EU on Scots law and legal practice. While the UK and the EU will attempt to negotiate an agreement for our future relationship throughout 2020 after the UK's formal departure on 31 January, given the breadth of areas it will need to cover, it is possible that the agreement reached will not be sufficiently detailed to cover all aspects of legal practice and further negotiation will be necessary. As a result it is still a good idea to familiarise yourself with the material we prepared in the event of a no-deal Brexit, in case no agreement is reached on these areas of law by the end of the year. 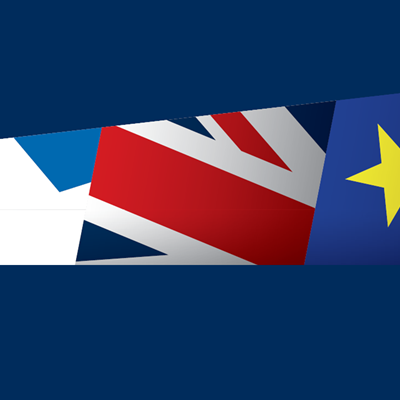 HMRC has published a series of webinars to update and assist businesses on relevant changes from 1 January 2021.

The Home Office has released a podcast, which covers everything an employer needs to know if they are thinking of hiring anyone from outside the UK after the transition period (1 January 2021). The podcast is available on Acast, Apple and Spotify.

The UK government has published its mandate for negotiations.

The EU Commission has published its mandate for negotiations with the UK on the future relationship. 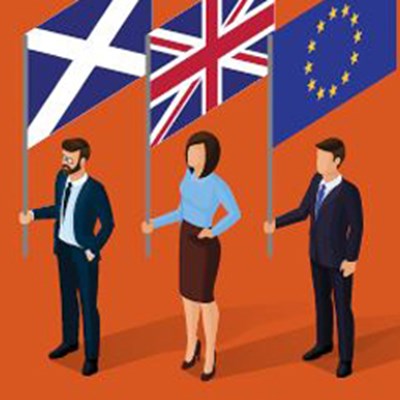 The Law Society of Ireland has confirmed that they will only issue practising certificates to solicitors admitted and enrolled in Ireland, if they are also practising in Ireland.