Description of the new regime for establishing who should be responsible for cleaning and remediating contaminated land
1st August 2000 | Kenneth Ross
The new legal regime addressing the issue of contaminated land has been long delayed, yet it is not a new problem.  This issue is the legacy of hundred of years of industrial development which has created acres of land contaminated by the by-products and refuse of that industrial activity.  What needs to be established, however, is who should pay for this contamination to be cleaned up and the standard to which that contamination should be cleaned up.

These questions have been addressed to a greater or lesser degree by countries throughout the world and numerous solutions have been arrived at by these various countries.  The UK Government have tried to avoid the mistakes made elsewhere.  In seeking to avoid these mistakes they have delayed in actually going anything.

Before Section 143 could be brought into force the Government required to define the contaminative uses which would trigger a listing on the Register.  The consultation documents proposing these uses provoked a storm of protest particularly from the local authorities who would require to implement the system and from landowners and developers who envisaged a very substantial blight of land.  Ultimately the Government realised that the basic flaw in their policy was that they were seeking to identify a problem without clarifying precisely what they were going to do with that problem once it was fully identified.  The Government also eventually acknowledged that they would be producing a Register which would be widely misunderstood.  It would be regarded as a Register of contaminated land when, as explained above, all land on the Register would not necessarily be contaminated and all contaminated land would not necessarily appear on the Register.

The Government accordingly resolved that Section 143 of the Environmental Protection Act 1990 would not be brought into force and further consultation took place which resulted in Section 57 of the Environmental Act 1995.  That Section of the 1995 Act inserts into the Environmental Protection Act 1990 (“EPA 1990”) new sections numbered 78A to 78YC.  Before that new regime could be brought into force the Government felt it would be necessary to bring out extensive subsidiary regulations and guidance. It has taken five years for that subsidiary regulation and guidance to be consulted upon, agreed and brought into force.  That new regulation and guidance has, however, now passed through the Scottish Parliament on 14th July and accordingly the new regime with respect to contaminated land is now in force in Scotland.

The contaminated land regime is lengthy and complex.  The basic definition of contaminated land is, however, relatively simple.  “Contaminated land” is defined by S78A of EPA1990 as “any land which appears to the local authority in whose area it is situated to be in such a condition by reason of substances in, on or under the land that (a) significant harm is being caused or there is a significant possibility of such harm being caused or (b) pollution of controlled waters is being or is likely to be caused”.

“Harm” as defined by S78A(a) of EPA 1990 means harm to the health of living organisms or other interference with the ecological systems of which they form part and in the case of man includes harm to his property.

Those basic definitions are substantially expanded upon in the regulations and in accompanying guidance.  The essential point to note, however, is that this definition of contaminated land is relatively narrow.  We are not faced with a regime whereby all land requires to be sampled and land is “contaminated” if it contains more than a specified proportion of specified harmful substances.  An area of land could contain large amounts of potentially harmful substances without being “contaminated land” as defined in EPA 1990.  Land is only “contaminated land” as defined by EPA 1990 if significant harm is being caused or there is a significant possibility of such harm being caused or pollution of controlled water is being or is likely to be caused.

Section 78Fthen goes on to specify that, if no such “polluter” has been found after reasonable enquiry, the appropriate person to bear responsibility for the things which are to be done by way of remediation will be the owner or occupier for the time being of the contaminated land in question.

A duty is imposed on every local authority (EPA 1990, s.788) to cause its area to be inspected from time to time for the purposes of (a) identifying contaminated land and (b) enabling the authority to decide whether any such land is required to be designated as a special site.  If a local authority identifies any contaminated land in its area it must give notice of that fact to (a) SEPA, (b) the owner of the land, (c) any person who appears to the authority to be in occupation of the whole or any part of the land, and (d) any person who appears to the authority to be an “appropriate person”.

Provision is made by Section 78H to the effect that the enforcing authorities must reasonably endeavour to consult with the persons who will be affected before a remediation notice is served.

The enforcing authority (i.e. the local authority with respect to contaminated land other than special sites, and SEPA with respect to special sites) must serve on each person who is an “appropriate person” a notice (known as a “remediation notice”) specifying what that person is to do by way of remediation and the periods within which he is required to do each of the things so specified (EPA 1990, S.78E).  Remediation notices requiring the remedying of different things may be served on several persons due to the presence of different substances in, on, or under any land or waters.  If two or more people are appropriate persons in relation to any particular thing which is to be carried out by way of remediation, the notices served on them will have to bear.  Remediation is defined widely by section 78A(7) as not only carrying out works to restore land or waters to prevent,  minimise, remedy or mitigate the effect of harm or pollution of waters, but also carrying out appropriate steps to assess the condition of land or controlled waters and carrying out subsequent inspections to review the condition of land or waters.

Where a person on whom a remediation notice has been served fails to comply with any of the requirements of the notice (and in certain other circumstances), the enforcing authority will be entitled to do what is appropriate by way of remediation to the relevant land (EPA 1990, s78N).  The enforcing authority can then recover the reasonable costs incurred in carrying out this remediation from the appropriate person or, if there are two or more appropriate persons, from those persons in the proportion as determined in the same manner as they would be determined in drafting the original remediation notice.  In deciding whether to recover the cost (and how much of the cost it is entitled to recover) the enforcing authority must have regard to ay hardship the recovery will cause to the person from whom the cost is recoverable and any guidance issued in this respect (EPA 1990, s78P).

In terms of Section 78R every enforcing authority must maintain registers open for public inspection with respect to numerous notices, etc. served in terms of these provisions.  Matters can be excluded from the public register if required for reasons of national security if it is commercially confidential information.

In addressing any queries or problems which arise under this new regime care should be taken to consult on not only the provisions contained in EPA 1990 itself but also the subsidiary regulations and guidance brought out in terms of EPA 1990.  In the first instance it may appear that there is relatively little activity by the local authorities.  They are required to take a strategic approach to the inspection of their areas and to set out this approach as a written strategy which is to be published within 15 months the issuing of the statutory guidance, that is by, 14th October 2001.  Accordingly it is likely that most public activity in terms of the new legislation will accordingly be delayed by some 15 months.  It should be noted, however, that it is specifically provided within the guidance that local authorities should not await the publication of their strategy before commencing more detailed work investigating particular areas of land where this appears necessary.  It may accordingly be that local authorities will use their new powers where this appears necessary during the 15-month period.

Given that the system is very complex and makes provision for extensive consultation it is likely that a substantial amount of clean up of contaminated land will be carried out through the consultation and negotiation rather than by use of the remediation notice powers.  It is also likely that in practice a substantial amount of clean up will be carried out in the context of the planning regime when sites are redeveloped.  It should be recognised however, that the new contaminated land regime is now in force.

Due to the long delay in the creation of the new regime there has been a tendency to believe that the new regime will never actually arrive.  It has now arrived.  Contaminated land is an issue which we will ignore at our peril. 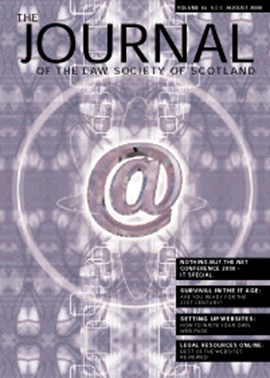