A worker’s fundamental right to holidays

It was this provision which was challenged in the case C-173/99, BECTU v Secretary of State for Trade and Industry, BECTU being the acronym for the Broadcasting, Entertainment, Cinematographic and Theatre Union.  The Union’s members in the entertainment industry often work on short term contracts, frequently of less than 13 weeks, and thus are not able to acquire any rights to paid holidays.  The case was originally heard by the High Court in England, which referred the question of the interpretation of the Directive to the European Court of Justice in 1999.  In February this year, Advocate General Tizzano, one of the new intake of members to the ECJ who joined the Court in October 2000, issued his opinion in the case.

According to the Advocate General, the High Court’s questions were essentially designed to ascertain whether the expression “in accordance with the conditions for entitlement to, and granting of ... leave laid down by national legislation and/or practice” used in Article 7 of the Directive would allow a Member State to legislate to the effect that a worker’s entitlement to paid annual leave does not begin to accrue until the worker has completed a qualifying period – in this case 13 weeks – with the same employer.

The Advocate General’s first consideration in this case was of the question of how the right to annual leave should be regulated in the framework of it being a fundamental human right, and he referred to the 1948 Universal Declaration of Human Rights, the Council of Europe’s European Social Charter of 1961 and the United Nations Charter of 1966 on economic, social and cultural rights as specifically recognising the right to rest, including reasonable limitations on working time and periodic holidays with pay.  He also referred to the fact that, in the Community context, the same right was enshrined in the Community Charter of the Fundamental Social Rights of Workers adopted by Heads of State or Government in Strasbourg in 1989, which is in turn referred to in the preamble to the Working Time Directive itself.

Significantly, he also specifically pointed out that the European Charter of Fundamental Rights, published in December 2000, itself at article 31(2) declares that “Every worker has the right to limitation of maximum working hours, to daily and weekly rest periods and to an annual period of paid leave”. Although the Advocate General acknowledged that the Charter had not been recognised as having legislative status itself, he said that it was in this case restating principles contained in other documents which meant that it could be considered as relevant to the case in hand.  He stated that he considered that “… the Charter provides us with the most reliable and definitive confirmation of the fact that the right to paid annual leave constitutes a fundamental right”. This formed the basis of the Advocate General’s opinion.

From that point, the Advocate General went on to examine more specifically the Member States’ right to derogate from the provisions of the Directive, concluding that, although there were specific derogations from the rules on the maximum length of the working week, these were not extendable to the principle that all workers were entitled to paid annual leave. In reaching that conclusion he highlighted the fact that the Directive specifically states that, unless the employment relationship is terminated, payment in lieu of holidays is not permitted. In other words the minimum period of annual holidays may not be replaced by financial payment, presumably to avoid the situation where a worker can be pressurised into foregoing his entitlement for holidays.

The Advocate General decided that the “national legislation and/or practice” referred to in Article 7, and relied on by the UK, was intended to allow the Member States to provide a legislative framework for such matters as planning holiday periods, requirements to give advance notice to the employer of the intention to take leave, any minimum period of employment before leave can be taken, criteria for calculation of leave entitlement, and other matters of that nature.  That, taken along with Advocate General Tizzano’s opinion that the UK’s position on restricting the right to leave ran counter to the sense of the Directive, that the legislation also introduced an unwanted distinction between employment contracts of a specific length and those of an unspecified length, and the fact that the exclusion of these workers meant that they could not benefit even from the payment in lieu of holidays not taken – and would therefore not be paid for a break between contracts – all combined to undermine the Directive’s objectives of protecting the health and safety of workers.  The UK Government’s defence, that there should be a degree of flexibility allowed to Member States and that the UK legislation effectively balanced the need for leave with the effects that this would have on small and medium-sized enterprises, were both dismissed.  In relation to the latter, the Advocate General made specific reference to the fact that this argument had been run by the UK when it challenged the legitimacy of the Directive before the ECJ, and had been dismissed at that point.

The Advocate General’s opinion is not binding on the Court, but is often very influential on it.  The Court’s judgment should be delivered later in the year.

The full text of the Advocate General’s Opinion can be found at the European Court of Justice website www.curia.europa.eu 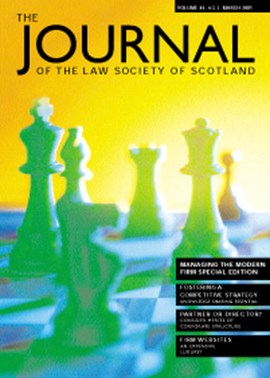