Lawyers might consider adopting a protocol for handling client disputes, to increase the chances of early and effective agreement
1st November 2002 | John Sturrock

At the IBA Conference in Durban, Justice Albie Sachs of the Constitutional Court of South Africa spoke at a keynote session on the role and value of the Truth and Reconciliation Commission, which played a critical role in the examination of apartheid-era crimes in South Africa. He had been an active civil rights lawyer who was twice exiled and detained without trial. During exile, he was seriously injured by a car bomb, intended to kill him. He gave a moving account of his subsequent encounter with the man who planted the bomb. Like many others, the man acknowledged his crime before the Truth and Reconciliation Commission. In turn, Albie Sachs was able to face his assailant and shake his hand, in an almost unimaginable moment of reconciliation.

Albie Sachs contrasted the South African experience of reconciliation with the customary resort to retribution and posed questions about what we mean by justice. Our natural reaction to a wrong done tends to be adversarial and yet, very often, what is needed is a forward-looking solution in which lasting relationships can be built. Sachs pointed out that, for an aggrieved party, acknowledgement, reassurance and expression of regret may be more important than retribution or victory. The concept of understanding and even forgiveness can be difficult to grasp. It is not, he observed, all about hugging and kissing. Reconciliation is an on-going, painful process, not captured in a moment of time, but only gained over a period. Courts, he hinted, are not designed to achieve these outcomes.

These moving and provocative thoughts find an echo nearer home. Restorative justice is now discussed in relation to crime while the Paths to Justice research (published towards the end of 2001) revealed that the vast majority of those who engage in civil litigation in Scotland would prefer to resolve their disputes by agreement. Anecdotally, one hears frequently that potential clients may even avoid lawyers altogether for fear of being drawn into the costly and time-consuming court process. The recent report by the Royal Society of Edinburgh on resolution of disputes in the health sector recommended that litigation should only be used as a last resort. Litigation is, of course, appropriate in the small number of disputes which require judicial determination. But it is well known that over 90% of cases which enter the court system are eventually resolved by agreement. With this in mind, we must ask: can these cases be resolved earlier and more effectively than at present?

Our dispute resolution culture tends to be dominated by the shadow of litigation. Our approach to legal education tends to reflect the adversarial culture. In the justice system, funding and resources tend to be allocated to the provision of judicial and other court facilities. Suppose we redirected some of these resources in order to improve the prospect of resolution of disputes as early and as effectively as possible? The primary objective of the justice system then would be to enable parties to reach agreement, wherever possible, leaving the court as an excellent resource if the consensual route had been tried and failed.

Might lawyers adopt a protocol for handling disputes brought to them by clients? A protocol might involve addressing a series of questions about the options available for early and effective agreement:

Many would argue that there is a professional duty on lawyers to advise clients about all of the options which are available to achieve the speediest and most effective outcome to a dispute. Not to be able to advise fully on these may expose lawyers to criticism or challenge. To be able to do so may well bring in new clients and retain old ones.

The former Chief Justice of the United States, Warren Burger, perhaps anticipated these changes when he predicted some years ago that, in this century, “society will expect lawyers to be reconcilers not warriors, healers not hired guns”. 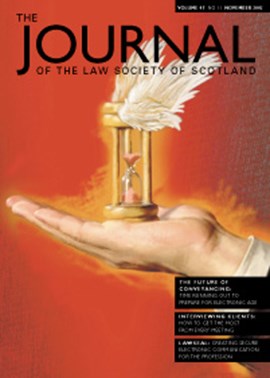