Pleading for a collegiate profession

Interview with Len Murray, Glasgow solicitor and author of “The Pleader”
1st February 2003 | Roger Mackenzie
Proof if it were needed that the machinations of the legal system can still have mass appeal is evident in the unexpectedly healthy sales of an autobiography detailing the career of one of the country’s best-known criminal practitioners.

Len Murray’s “The Pleader” spans his forty-year career from the 1960 hanging case of Tony Miller through to the attempts to bring Nazi war criminal Antanas Gecas to trial.

When he set about the task of writing, Murray was uncertain as to whether the book should be aimed at the profession, but in the end opted “to write it on the assumption that the reader knew nothing about the legal process at all and is aimed more at the lay reader than anyone”.

Still, for members of the profession there has been some intrigue in identifying who the characters are to whom anonymous reference is made.

“Those members of the profession who have spoken to me since the book came out have all been very positive about it”, said Murray.

He admits, however, that at least one well-known Glasgow solicitor has been offended as a result of a story that appears in the book, but seems genuinely aggrieved at any suggestion that his autobiography might – as seems to be the prerequisite these days – be used to settle professional grievances.

“I think I can truthfully say there isn’t anything nasty in the book. I think that practising the law, particularly litigation, and particularly in Glasgow, has always been difficult enough without adding to it by having problems with professional colleagues or former colleagues. Besides, I always thought that one of the great attractions of practising law was what I like to call the collegiality of the profession and I think that duty of collegiality applies even when we are retired.”

In his foreword, Baron McCluskey regrets that Murray “never chose to practise advocacy in the highest courts; he had much to teach”. Surely Murray must share those pangs of regret?

“The option of solicitor advocacy came on the scene a bit too late for me. If I was starting off now, I would probably have taken one or two different turnings along the way. Having said that, I enjoyed every minute of my time and I got a degree of job satisfaction which I am sure was far greater than the majority of my colleagues. The number of solicitors you would hear moaning about their lot always surprised me. If anyone ever asked me what I had to complain about it would not have taken long to tell them. Maybe I was just easily pleased. There still seems to be a pretty high level of dissatisfaction, maybe even a higher level that there was in my time. Maybe I am trying to justify the unjustifiable, but you cannot turn the clock back and the most dangerous words in our language are “if only”.

In fact, he makes the case in The Pleader for the profession to be split differently. He argues for starting in the district court and gradually working up to have rights of audience in the higher courts.

“If you have just qualified as a doctor, you won’t be thrown into an operating theatre to perform a heart transplant. Similarly the right to practise in higher courts should be withheld until sufficient merit and experience has been proven.”

Murray is anxious not to indulge in comparing the profession of today unfavourably with his time, but does bemoan the lack of opportunity for individualism in the present climate.

“There does not seem to be that collegiality I referred to, there seems to be much more of a them versus us attitude, rather than we all have a role to play in this process so let’s get on with it”. 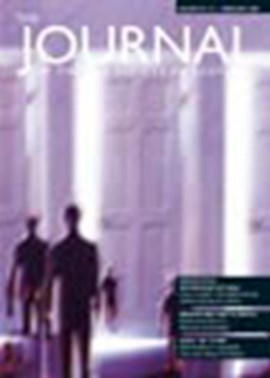