The Scots law of unjustified enrichment has been the subject of immense judicial and academic innovation and re-ordering over the past 20 years. Neither Roman law, from which many of its concepts are drawn, nor the institutional writers recognised a category of obligations so classified. Scots law long appeared as a loose group of actions classified as restitution, repetition and recompense (the 3 Rs) on top of a confusing underlay of the Roman-derived condictiones. The recognition of a common underlying principle only came in 1995 with the Morgan Guaranty case.

Professor Robin Evans-Jones has been a leading contributor to this development. Now he has drawn together and expanded his previous work into a major study of the central direct-conferral enrichment claims, principally focused on the condictiones. The result is a truly outstanding and ground-breaking book which will be the primary reference point in the field for many years to come. It is a model of exceptionally clear and rigorous analysis, utilising civilian, historical, theoretical and comparative insights and sources to set out, re-conceptualise and critically evaluate the subject with reference to a large body of Scots case law. It does not shirk from addressing debates of great complexity, but also presents clear conclusions about the nature of the various claims described. In places the discussion may appear somewhat theoretical and involved, but this is an inevitable feature of a work which is conceptualising the subject for the first time in Scots law in such depth (convincingly, at least), and providing a framework within which to situate as well as describe the various grounds of action and remedies.

This, the first of two volumes, deals with the structure and history of the general concepts, the main series of claims which can be made in terms of the various condictiones received by Scots law from Roman law, and also general chapters on the technical meaning of enrichment, the requirements for establishing enrichment as being at another’s expense, remedies, the measure of recovery, and defences. The second volume will consider enrichment other than by direct conferral, for example through interference with another’s property rights.

The chapter on history and general concepts is a taxing but essential one, since it explains the classification of the subject, particularly the historical differences between restitution and recompense, but also how these are now to be understood simply as remedies available in relation to the particular grounds of action provided by each condictio. A persuasive argument is advanced for regarding all the causes of action represented by the condictiones as unified by the idea of failure of purpose in making a transfer, for example to discharge an obligation which flows from a contract which is void. Practical implications arise : the condictio indebiti, for example, is as much a cause of action for the remedy of recompense as for restitution, and so a claim for restitution should always be pled in the alternative as recompense, in case the property can no longer be restored.

Recovery of transfers made for an illegal or immoral purpose and the residual condictio sine causa are also explained and examined. Very useful, highly technical treatments are given of specific topics such as transactions involving three parties, the role of equity in enrichment law, and the defences of change of position and gathering and consumption of fruits in good faith. The intimate relationship of enrichment with other areas of private law, especially property and obligations, is emphasised. New solutions are offered to problems such as the insistence in  Morgan Guaranty that error is part of the cause of action of the condictio indebiti (treat some cases under the condictio sine causa), or the exclusion of enrichment remedies following breach of contract (contract law should develop a fuller concept of mutuality which supports such recovery).

Overall, though excessively expensive for a first volume of 341 pages, this fascinating and original book is to be warmly welcomed as a fine scholarly achievement which will assist practitioners whilst doing a great deal to further academic debate and judicial deliberation. 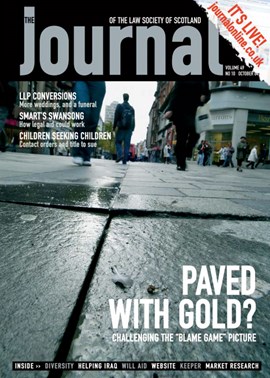