This new edition has been eagerly anticipated by conflict practitioners and private international law lecturers in Scotland. Although a number of excellent books on the subject have been published in the last decade, few of them focus on Scotland, whose conflict rules are far from identical to those of England. A standard textbook on Scots private international law is welcome indeed.

The first edition was published in 1998 under the sole authorship of Professor Crawford. International private law in Scotland has since undergone tremendous changes. For example, in the area of jurisdiction, the Brussels I Regulation has replaced the 1968 Brussels Convention in most cases, and Brussels II-bis makes new provision in matrimonial causes. The Civil Partnership Act 2004 and the Family Law (Scotland) Act 2006 affect Scots conflict rules. Recent case law requires the re-examination of ECJ jurisprudence on jurisdiction. The EU continues the process to modernise the choice of law in contractual obligations, and harmonise in non-contractual obligations. Although the proposed Rome I and Rome II Regulations have not been finally accepted, it is helpful to indicate potential developments in the near future. All these developments are expected in the new edition, which successfully achieves this goal.

The framework has been rearranged and made more accessible. The first part, “General Topics”, covers theoretical issues, procedure, jurisdiction and foreign judgments. The second, “Particular Topics”, deals with family law, obligations, property and succession, delivering the book’s original objective to “provide a comprehensive account of Scots conflict rules in all major areas of private law”. Although the authors excise company law (insolvency is covered as an issue of property law) and criminal law, the book still covers almost all the important issues in private international law.

Three characteristics make the book stand out. First, it provides a welcome treatment of the subject in the electronic communication age, which is largely ignored by other textbooks. Section IV of Chapter 15 provides a succinct introduction to choice of law rules in e-contracts, though understandably it does not provide detailed analysis of all the issues. Secondly, as mentioned, the book provides a reasonable perspective to conflict rules that could come into force in the future. This advanced effort is generally necessary, for conflict rules are continuously developing. Thirdly, it covers the conflict issues arising in insolvency, which, despite its importance in transnational commerce, is overlooked in many textbooks.

Intended principally for students, the book adopts a user-friendly construction. A brief summary at the end of most chapters highlights the key issues. For example, chapter 7 deals over 59 pages with jurisdiction in civil and commercial matters, which is notoriously complicated in Scotland. The summary provides a clear map to the jurisdiction system as a whole, helpful for the beginner and probably valuable also for conflict practitioners. However the layout of each chapter is not quite clear at a glance, and may result in difficulties in finding the answer to a particular issue.

Given the wide coverage, a certain sacrifice of detailed and critical analyses is inevitable. For instance, the concept of mandatory rules in the Rome Convention is complicated but quite important, but the book introduces it in barely more than one page. Under the jurisdiction rules of matrimonial matters in Brussels II-bis, the explanation of article 6, “Exclusive nature of jurisdiction”, and its relationship with articles 3, 4 and 5 is missing. In some other cases, the original provisions have simply been provided without relevant explanation, when introducing them in plain and systematic language would make them more understandable.

However, generally speaking, this book is timely, up-to-date, comprehensive and recommendable. It achieves its purpose and is the most suitable book that could be recommended to students in Scotland. Practitioners would also find it helpful. 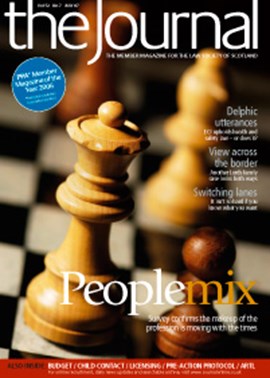