Causing the death of a drug user?

The principal issue which arose in MacAngus v HM Advocate [2009] HCJAC 8; 2009 SLT 137 was that of causation: does the death of someone who has been supplied drugs by another person and who has voluntarily ingested those drugs resulting in his death, give rise to a charge against the supplier of culpable homicide? Such supply was characterised as “culpable and reckless conduct” in Lord Advocate’s Reference (No 1 of 1994) 1996 JC 76, leading to a widely held view that the alleged supplier would indeed be responsible for the death. But the decision of the House of Lords in

R v Kennedy (No 2) [2008] 1 AC 269 rekindled the argument that it can never be appropriate to find a supplier responsible for the death of a fully competent adult, merely because he supplied the latter with a syringe for immediate self-injection.

The issue reached a bench of five judges in MacAngus, following the rejection of pleas to the relevancy of the charges of culpable homicide against two individual suppliers. On the relevancy point, the appeal court held that only if the Crown offered to prove that the supply was done recklessly would any subsequent death give rise to a charge of culpable homicide; the simple fact of death (following the act of supply) by way of voluntary ingestion provided an insufficient evidential basis for such a charge. In fact, in the course of the appeal hearing the two indictments were amended to include an averment of recklessness.

But the causation point arose because in Kennedy the House of Lords had carefully distinguished between supply and administration, observing that informed adults of sound mind are treated as “autonomous beings” and able to make their own decisions. The argument in MacAngus was a development of this: the ingestion of the drug by a person who was not vulnerable and who had previously ingested it was an autonomous act; as such it broke the chain of causation connecting the purchase and supply of the drug to the death of the deceased.

In rejecting this argument (after examining the Scottish authorities at great length) the appeal court stressed that culpable homicide in cases of this kind required reckless conduct. As to causation, it was observed that the adult status and deliberate conduct of a person to whom a controlled drug was recklessly supplied by another were important, and in some cases crucial, factors in determining whether the other’s act was or was not, for the purposes of criminal responsibility, a cause of any death which followed upon ingestion of the drug; but a deliberate decision by the victim to ingest the drug did not necessarily break the chain of causation. Both appeals were refused, the court holding that there were issues of fact to be explored in each case bearing both on recklessness and whether causal links could be proved.

The murder appeal in Woodside v HM Advocate [2009] HCJAC 19 (18 February 2009) has raised issues of great importance to solicitor advocates who conduct cases in the High Court of Justiciary; indeed each of the three opinions issued in the case (by the Lord Justice Clerk, Lords Osborne and Nimmo Smith) ought to be required reading before accepting instructions. Although Anderson grounds of appeal were rejected, the court took the opportunity to highlight what it saw as weaknesses in the system of extended rights of audience, suggesting the rules might be revisited. All of the court’s observations arose because of the nature of the grounds of appeal, in which it was suggested that the senior solicitor advocate at the trial ought not to have represented the appellant because of a conflict of interest and that the defence had been conducted incompetently.

At the time of the trial the two solicitor advocates who conducted the case were governed by the Code of Conduct (Scotland) Rules 1992; both were instructed by a qualified assistant employed by the firm in which the solicitor advocate who acted as senior at the trial was a partner. All three of them gave evidence before the appeal court as the grounds of appeal were being explored; indeed the whole history of the case was laid out in detail, including the steps taken prior to the trial itself.

In the course of the leading opinion, the Lord Justice Clerk contrasted the clear-cut roles and responsibilities of senior and junior counsel with the absence of any such clarity in the Code as might relate to two solicitor advocates appearing for the defence. He observed that the appellant had been given no opportunity to indicate whether or not he wanted to be represented by counsel, even though that is a professional responsibility under the 1992 Code (and indeed the revised rules of 2002). He was also critical of (1) the practice whereby an employee of a solicitor advocate could instruct him for a High Court trial; (2) the apparently unmonitored self-certification of the skills and judgment of a solicitor advocate; and (3) the problems of discipline and conduct which can arise in cases of mixed representation (although this was not such a case). His colleagues supported his observations; and Lord Nimmo Smith expressed the hope that any revision of the rules would take account of article 6(3) of ECHR, which gives an accused person the right to choose who will represent him.

This appears to be the first occasion on which the appeal court has had to enter this territory; no doubt the case will be followed up in appropriate quarters. If the rules on extended rights are to be revised, then a period of consultation ought surely to be the first step.

It is not very often that an appeal against conviction on the ground of defective representation is successful. This is hardly surprising, given the strict interpretation applied by the appeal court to the decision in Anderson v HM Advocate 1996 JC 29. The underlying question in all these cases is whether the accused received a fair trial: wrong tactical decisions will not avail an appellant unless they fly in the face of reason, but counsel or a solicitor cannot deprive his client of his intended defence by acting contrary to his instructions.

It was this latter point which was in issue in JB v HM Advocate [2009] HCJAC 13 (3 February 2009), where the accused was charged with a number of historical sexual offences. His defence was that the complainers were all liars, something which was put to all of them in cross examination, along with a number of other challenges to their credibility and reliability. The accused himself gave evidence that they were perjuring themselves, motivated essentially by malevolence and spite. But when senior counsel came to address the jury, the position of deliberate falsehood was abandoned and the jury were invited to reject the evidence of the various complainers on a different basis, suggestive of false memory syndrome. There was no evidence in the case to support this; counsel was held to have departed materially from his instructions and the appellant had been deprived of a fair trial. The appeal was continued so that the Crown might consider whether to apply for a new trial.

In contrast to the foregoing case, Urquhart v HM Advocate [2009] HCJAC 18 (18 February 2009) is another example of an appellant failing to meet the necessary high test for success in an Anderson appeal. It was a case of rape, where the defence was one of consent. Four Anderson grounds were advanced: two related to forensic performance and two to the preparation for the trial.

In the first group, it was alleged that trial counsel had failed to cross examine the complainer properly about the removal of her clothing and had also failed to highlight some medical evidence about the source of some bruising to the complainer’s arm; in the second group it was suggested that there had been a failure to obtain expert evidence about the effect of alcohol on the memory of the appellant and a failure to obtain mobile phone records which might have shown that the complainer had phoned the appellant after the alleged rape.

After exhaustive examination, none of these four alleged failures was held to be sufficient for the appeal court to hold that the trial had been unfair, but the case illustrates yet again the delays which such appeals cause: the appellant had been convicted as long ago as 14 January 2005, with many procedural hearings between then and final disposal. 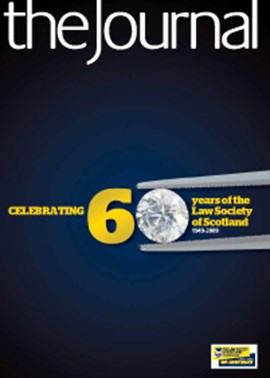