I had thought the question of whether there is a duty to trade in licensed premises had died, but it still raises its head from time to time.

At a recent well-attended Scottish Licensing Law and Practice conference only one clerk out of many present was of the view that such a duty existed. It would be very interesting to cross examine the pro-duty lobby on precisely what they believe the scope of the “duty” to be and why.

Those who believe there to be some form of duty put forward various arguments. First, they point out that the 1976 Act expressly provided that there was no requirement for premises to be open during the permitted hours. There is no such provision in the 2005 Act.

In my view, that holds no water whatever. It is stretching things to breaking point to seek to apply the expressio unius, exclusio alterius doctrine of statutory interpretation to two statutes passed by two different Parliaments some 30 years apart. In the 2005 Act there are no longer “permitted hours”. Hours of trading are one of the many facets of a licence regulated by the operating plan.

They point to certain comments made by a Scottish minister during the passage of the 2005 Act, comments which were replicated to an extent in the Guidance for Licensing Boards issued by the Scottish Government under s 142 of the Act. That section permits the Scottish ministers to “issue guidance to Licensing Boards as to the exercise of their functions”: it does not permit them to change the legislation.

Note 68 points out that breach of conditions of an operating plan may result in an application for review of the premises licence. Notes 69 and 70 point out that there may be circumstances which could reasonably cause deviation from the hours given in the plan. These include bereavement, illness, holidays, weather and lack of demand.

Boards are enjoined to adopt a commonsense approach. There is undoubtedly an implication that failure to open would be a breach of the terms of the plan; however, only one piece of guidance is given. “Licensing Boards should consider whether these ‘unused’ hours are preventing new entrants into the market. If so, consideration should be given to changing the operating plan of the premises concerned.” It is nigh on impossible to imagine a situation where short hours trading in premise A could be a valid ground of refusal of an application in respect of premise B. If premise A ceases to be used for the sale of alcohol, then the licence will cease to have effect. Otherwise issues of overprovision are restricted to consideration of numbers of licences and capacity.

The third argument turns on an interpretation of sched 3, para 2(1) to the 2005 Act, which provides that: “Alcohol is to be sold on the premises only in accordance with the operating plan”. Jack Cummins deals with this lucidly in Licensing (Scotland) Act 2005, his annotation of the Act. Put simply, the question is whether the word “only” is used in a permissive or mandatory sense. If a statute is capable of interpretation in two ways, it must be presumed that the draftsman did not intend it to have nonsensical results. The Government guidance makes it clear that if there is such a duty, it is not absolute. If it is not absolute, where are the precise terms of the duty to be found?

If my operating plan says that I intend to provide bar meals, dance facilities and adult entertainment, am I obliged to provide these throughout the range of hours when the board decrees these to be permissible? Do I face prosecution or suspension if I close my kitchen at two instead of 2.30, if I cancel my dinner dance one Saturday, or the Chippendales fail to turn up? Of course not. The fact is that my operating plan contains that which I may do, permissions not duties. Interpreted accordingly, sched 3 makes perfect sense. If Parliament had intended there to be a duty to trade at all times specified in the plan, it could have said so. It has said no such thing, neither in the Act itself, nor in its guidance notes.

In these cash-strapped times, if a pro-duty licensing board makes this an issue which falls to be decided in the courts, it will lose. I hope the ratepayers call for the board members to pay the expenses themselves. 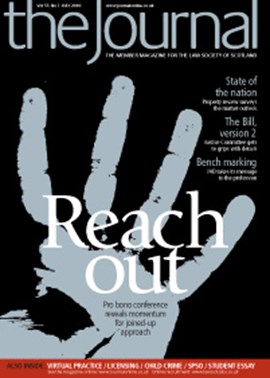