Recent court decisions suggest that in sport, lifetime bans should only be used where no less onerous alternative is available
14th March 2011 | Jennifer Nicol

The starting point is simple: if a rule or action restrains trade without justification, it is void and unenforceable. The basis for the doctrine of restraint of trade is that as a matter of public policy an individual should not be restricted in their ability to earn a living by an obligation that goes beyond what is necessary to achieve some legitimate aim. Sport has witnessed a number of requests for lifetime bans recently, such as for corruption connected to gambling, or insidious acts of violence in contact sports.

Steph Brennan, former head physiotherapist for Harlequins RFC, was banned by the appeal committee of European Rugby Cup Ltd from participating in all rugby activities for two years following his involvement in the fabrication of a blood injury in the “Bloodgate” saga. A competence and conduct committee was thereafter appointed by the Health Professions Council, his professional body, to consider whether further action required to be taken. The committee found that there was “premeditated behaviour over a number of years that was designed to deceive”, amounting to a “repeated and sophisticated deception”. It considered that a striking-off order was necessary, to convey to the public and other professionals that behaviour of this sort was unacceptable.

The High Court quashed this decision and remitted the case to the committee to reach a “reasoned decision” on sanction. It considered that the fundamental factor for sanction for unfitness to practise was public safety, and it was not argued that Mr Brennan was anything but an “excellent physiotherapist”. It followed that the committee required to consider what interest was being preserved by this sanction, since it was not aimed at protecting patients who had suffered some form of malpractice. It had to be “deterrence, or the reputation of the profession, or confidence in the regulatory process, or all three”.

In the judge’s view there were at least two sets of circumstance in which the imposition of a lifetime ban would be proportionate. The first was where the accused had “not really grasped the need, at the price of losing his job, to stand up to an employer who told him to cheat, using his position as a physiotherapist”; the second concerned “deterrence and the reputation of the profession”.

On the day following Mr Brennan’s hearing, the Court of Arbitration for Sport heard an appeal by Mr Oleg Oriekhov, a Ukrainian referee found to have been involved in match-fixing. CAS upheld UEFA’s decision to ban Mr Oriekhov for life, it having been proven beyond reasonable doubt that there was repeated contact between Mr Oriekhov and a criminal group involved in match fixing and betting fraud.

The CAS advised that sporting regulators must “demonstrate zero tolerance against all kinds of corruption and… impose sanctions sufficient to serve as an effective deterrent to people who might otherwise be tempted through greed or fear to consider involvement in such criminal activities”.

Sometimes, as in Brennan, a basic administrative challenge can be taken, like the absence of sufficient reasons. Where, however, a decision is legitimate in administrative terms and a restraint of trade has been established, it is for the governing body to demonstrate that the sanction is reasonable and justified in the interests of the parties.

These decisions highlight that while the courts can be willing to set aside lifetime bans imposed by governing bodies where, for example, the decisions lack justification, they also accept that it is the governing bodies who are best placed to understand what the particular sport requires in order to deter similar misconduct and to maintain public confidence in the integrity of the sport. One might however take the view, based on these decisions, that the CAS is more willing to protect the integrity of the sport, whereas the courts are more concerned in protecting the individual’s right to earn a living.

It is of course disappointing that those participating in sport at the highest level are willing to break the rules regardless of the sanction they face. Perhaps the only way of eradicating the most undesirable and damaging types of misconduct is to impose sanctions such as lifetime bans, provided of course they can be justified, and the correct process is followed. 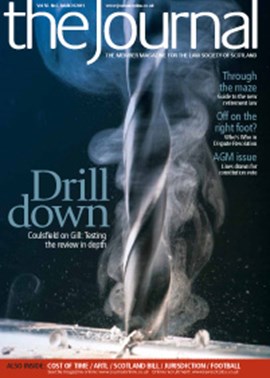