Michelle Hynes, the subject of our latest “legal pioneer” profile, has a remarkable story to tell, demonstrating the kind of spirit that sees problems as opportunities
17th November 2014 | Gary Atkinson

It was in June 2012 that Michelle Hynes, a trainee solicitor in a small practice in Glasgow, found herself trekking in Mongolia’s Gobi Desert, alongside an explorer, scientists and a NASA astronaut, among other adventurers. She also happened to be still recovering from open heart surgery.

So why was she there to witness a rare celestial sight – the transit of Venus? And why was she wearing a T-shirt promoting a law firm where she wasn’t even employed at the time?

While the experience was a million miles, or more accurately around 6,000 miles, from the practice of law in her home city, the answers to these questions illustrate the qualities you’d expect to find in a pioneer in a burgeoning legal discipline.

Hynes is currently leading a team which is revolutionising how a law practice works, as a legal process engineer at Inksters – the type of role only a handful of professionals around the world currently share.

Pushing yourself physically, in the case of a trek after a life-threatening heart condition, and mentally, as in changing complex legal working practices, takes both determination and the willingness to jump into the unknown.

A dramatic career change would also qualify as such a leap. Before becoming a lawyer, Hynes was a successful sales and marketing manager with an international packaging firm. That was, until tragedy made her reassess her direction. When her son died in 2002, she sued a doctor for medical negligence. “It was my first experience of the law, but as a client, and it really opened my eyes on how a lawyer can make a difference,” Hynes explains.

So it was back to school at the University of Glasgow, where she graduated LLB (Hons) in 2009, having clocked up a number of mooting prizes along the way. There followed a role as business development manager and paralegal at Road Traffic Law, and spells as a trainee solicitor at Graham Walker Solicitors and Cloch Solicitors. She earned her Diploma in 2011, but had only just started an LLM in IP law when a blockage in one of her arteries was discovered that meant her going under the knife.

Despite a difficult recovery, not least due to enduring a collapsed lung for around seven weeks, Hynes was determined to get the most out of life. It was this attitude that made her say yes to travelling the world – but neither the offer for the trip, nor that for her current job, are likely ever to have happened had she not embraced social media.

The promise of social media for many professionals is to extend their network, as a means of making connections who can enrich your professional life. Such was Hynes’s motivation.

“Back in 2009, I discovered a thing called Twitter in the middle of writing my dissertation,” she says. “I used it to connect with other legal professionals – from as far afield as Harvard, back when there weren’t many people using it in Scottish legal circles.”

One who was similarly active in social media was Brian Inkster, founder of Inksters, and it was on that platform that Hynes and he built a rapport.

Another was an English magistrate who was also an adventurer. “She got in touch when I was recovering from my heart operation, and said, ‘Get yourself well and join me on my next expedition’,” Hynes explains. “She gave me a challenge, so I talked to my GP and in six months was trekking up to a monastery in the Gobi desert – very slowly, I might add.”

And as she trekked, she was sporting an Inksters T-shirt, supplied by her future boss.

The high point of the experience, though, was walking with NASA astronaut Ken Ham. “He talked to me about leadership and teamwork on the International Space Station. And all of that has stayed with me while working at Inksters. In fact, in presentations to the team, I often use the example of brushing teeth in space. On Earth it’s a simple process, but in space its complicated.”

Life as a process engineer

While the field of legal process engineering is still at an embryonic stage, the role was one which Hynes and Inkster had talked about for a while.

“It was perhaps brave deciding to go down this narrow route, but it was worth the chance to be able to be a pioneer in a new field,” Hynes maintains. “I feel the legal engineer role will grow and become more respected.”

So what does a legal process engineer do? “I look at every process, from ordering stationery to commercial transactions and processes particular to different areas of the law – criminal, property, and even niche areas such as crofting law. Some legal practices stretch back to Roman times. They have always been there, so I am plotting and planning and identifying processes we take for granted. Pulling everything apart and questioning why we do this is a laborious process.”

The inspiration for the role comes from Professor Richard Susskind, who predicted in his book The End of Lawyers? the emergence of a legal knowledge engineer who can combine both legal and IT skills.

In her blog (legaleaglemhm.wordpress.com/legal-process-engineering-lpe), Hynes gives the example of setting up an automated document production system to unlock greater efficiency. An IT manager is unlikely to understand fully the complexity of the challenge to make that system work best for a legal practice, but similarly, a lawyer may not appreciate the technical potential of any given IT system.

For a legal practice to realise the benefits of IT, a hybrid is needed, Susskind says. But for Brian Inkster, the role was to be more than just looking at technology, which is why it was defined slightly differently as a legal process engineer. “It’s a big job Brian has entrusted me with,” Hynes asserts.

A day in the life

One day she may be working with the team in charge of the customer relationship management system; on another she may sit with the legal team planning out and plotting processes. She then takes what she learns and devises a workshop to suggest alternative ways of working. Alongside that, she will create training materials. All this work, and more, taps into established business improvement approaches, including Six Sigma.

Some days she doesn’t go into the office, preferring to work remotely. In fact, Inksters’ commitment to remote working ties directly into her work on new processes. “It’s about looking at the culture of the traditional law firm, what aspects we want to keep, and what we can change. There are lots of values that you never want to lose – your integrity and your client focus, for example. But when it comes to remote working and work-life balance, why do you need to work nine to five (or, more likely, nine to seven)? I can work in a coffee shop, or outside if it’s a nice day. Or I can be writing something at 3am. I manage my own time towards meeting my goals for set deadlines. I am able to work at my best capacity when it is right for me. However, we are still experimenting with how far we can take this.”

Does the size of firm matter?

The changing demand and supply of legal services means that the client of today is in a very fortunate position. They can source legal services online from large firms which are focusing on methods of process re-engineering to allow them to deliver services of value to clients, thus making them fierce competitors to the smaller firms.

The small firms face this challenge, particularly with emerging alternative business structures, the growth of fixed fees, and developments in technology.

It is rare for a small firm to have the ability (funds, knowledge or knowhow) to invest in a system of re-engineering, as the focus for solicitors is on practising law and delivering results to their client. There are not enough hours in the day to turn their minds to assess, evaluate, deconstruct and construct a new legal strategy or process-driven system which embraces the bigger picture of the delivery of legal services. It may be something addressed by partners, but to take it to the stage of implementation is rare.

Traditionally innovative lawyers, senior partners and savvy sole practitioners may have the notion that they would like to compete with the “big boys”, but in practice what is required in legal engineering is a detached appraisal of the processes within a firm, a clear road map of where it would like to go and someone with the necessary legal and business experience to be able to keep pushing forward slowly. Change cannot and does not happen overnight in any process re-engineering project.

Legal process engineering is thus a very valuable commodity to a law firm which wants to stay ahead of the competitive legal service providers. Those firms who invest in legal process engineering will stand a better chance of survival. It is an invaluable area of legal common sense, and a necessary one for firms large and small. 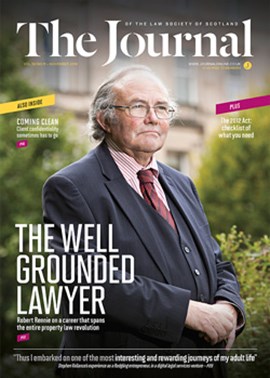