Presumed liability: the case for action

Is presumed liability the answer to compensating vulnerable road users quickly and fairly? A recent case with a cyclist victim illustrates the shortcomings in our current fault based system
14th September 2015 | Brenda Mitchell

The case of Sally Low, a mother of two teenage boys, who was killed while out cycling by a motorist later found guilty of causing death by careless driving, highlights the need to seriously consider adopting presumed liability to ensure vulnerable road users injured in road traffic collisions involving motorised vehicles are compensated swiftly.

In August 2013 Sally Low was fatally injured when a driver lost control of her car on a bend, hitting Sally, who was on her own side of the road. Sally died instantly. The driver was charged with careless driving and was later sentenced to 200 hours' community service and disqualified from driving for two years. Compounding the tragedy of the situation, however, was the position taken by the driver’s insurance company in refusing to compensate Sally’s teenage children at an early stage and denying Sally’s family immediate financial security.

Under a voluntary pre-action protocol, a motor insurer after confirming receipt of a letter of claim is obliged to confirm their position on liability within 12 weeks. On expiry of that investigation period, “the insurer is obliged to confirm whether liability is admitted or denied and if denied detailed reasons must be provided”. However in this case the third party insurer stated: “We cannot confirm our position on liability. We have been unable to obtain details from the police.” This was despite knowing there was an independent witness and their policyholder had been charged. Meantime Sally’s two boys had no financial support and while her elderly parents had some savings, the funeral costs had to be paid. There was no other option available to the family to obtain compensation than an expensive litigation process.

Sally’s family raised an action in the Court of Session in September 2014, just over 12 months following her death. A civil action for damages requires an injured party (or, as in this case, the bereaved family) to prove the driver was negligent on balance of probability. While complicated by the fact that Sally’s evidence was lost, there was an independent witness. Shortly after proceedings were raised the solicitors representing the third party insurers sensibly admitted liability in February 2015 and the case was subsequently settled 18 months after Sally’s death. Sally’s family received the compensation they deserved, which helped to alleviate financial hardship and the insurance company paid the legal costs.

Such a scenario would not arise if, rather than a fault based system, we introduced presumed liability. A system of presumed liability to compensate vulnerable road users injured in collisions with motor vehicles would shift the burden of proof from the vulnerable to the powerful in recognition of who brings most harm to the incident. In Sally’s case, for example, it would be for the motor insurers to prove Sally was at fault to avoid compensating her family. On balance therefore, it is more likely than not that the claim by her family would have been settled quickly and without resort to expensive litigation.

Our current fault based system whereby vulnerable road users must prove fault is weighted against them. Little or no account is taken of the destructive disparity between motor vehicle use and cycling or walking. There is no recognition of who brings most harm to an event. A driver has the benefit of a large insurer supporting their position and paying any award of damages, and yet the injured cyclist or pedestrian frequently battles against that large insurance company and bears the financial consequences if the case is lost.

Presumed liability is about compensating vulnerable road users quickly and fairly. Its introduction could well see more cases settled without resort to litigation, thereby reducing insurers' legal costs, which would benefit motorists in the long term. For drivers a presumption of liability following a collision with a cyclist or pedestrian would act as an incentive to exercise care and lead to a better culture of road share, as evidenced in European nations who have had such regimes in place for decades. 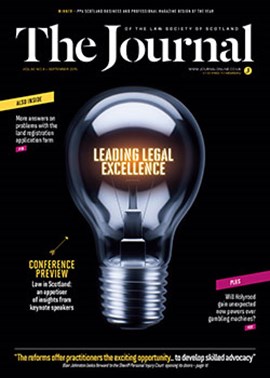