Sheriff Principal Pyle’s recent address on how the courts approach domestic abuse cases was a welcome breath of fresh air, even if women’s support organisations do not agree with all his proposals
14th March 2016 | Marsha Scott

On a cold night in January, Sheriff Principal Derek Pyle addressed a packed room at the University of Edinburgh’s New College to talk about domestic abuse. His lecture, an event co-sponsored by the Centre for Theology & Public Issues and the Centre for Research on Families & Relationships, was titled “Domestic Abuse: A Judge’s Dilemma. Where Do We Go From Here?”

I was invited to be part of a panel (along with Mhairi McGowan of ASSIST and Laura Dunlop QC) to respond to the sheriff principal’s remarks. I was entirely sincere when I opened by saying that I was “chuffed, over the moon, and generally delighted” with the gist of his address.

The sheriff principal had laid out a coherent and convincing critique of historical attitudes toward domestic abuse and toward women in our society. His words are worth quoting here: “The concept of domestic abuse arose from a recognition from the late 60s onwards that society had not accepted, as I have said, that abuse, unless very severe, of women within the home was anything other than a private affair. It was also intrinsically linked to the disadvantaged position of women in society, whether in political, social or economic terms. In other words, the concept of domestic abuse and the state’s reaction to it was bound up in the fight for female equality in the general sense. That is not to say that men cannot be abused in intimate relationships. But that abuse is not linked to a greater societal problem of inequality.”

What a breath of fresh air. In his talk, Sheriff Principal Pyle clearly and unequivocally described how a woman’s experiences of discrimination and sexism frame her experiences of domestic abuse and – very importantly – the court’s responses. What women bring into court with them is more poverty, less power, and a set of life choices constrained first by social and institutional sexism and then by the everyday abuse and violence of domestic abuse committed by men with more money, more power, and more choices. (I feel compelled to note the comment of another sheriff in the audience that only about 20% of Scottish sheriffs are women.) As we often say at SWA, the question isn’t “Why doesn’t she just leave?”, but rather “Why don’t we make him stop?” Like SWA, Sheriff Principal Pyle is more interested, it seems, in the latter.

Which brings me to his dilemma. The sheriff principal is worried about women who are “reluctant witnesses,” about court processes that “disempower” women, about police arresting victims instead of perpetrators, about cases that bring “little more than domestic arguments” into court as domestic abuse.

We are right there with him. All these are issues that SWA has raised repeatedly (and will do so again) with police, prosecutors and sheriffs. All are system problems, and they reflect that women still come into courts with constrained choices (especially in the world of shrinking social security), that police are still learning about how to distinguish a primary aggressor from a victim of ongoing, coercive control, and that prosecutors have imperfect information when marking a case “domestic abuse”.

To his credit, Sheriff Principal Pyle has gone looking for some solutions. He proposed a number that we think won’t work, don’t fit our gendered approach, and might even be dangerous for women and children. Diversion of accused perpetrators prior to trial is one. Diversion has been around a while, and we’re not keen. Nor is the United Nations, nor a number of other resources and experts (references are on the Journal online version of this article). (1)

I suspect the sheriff principal wasn’t familiar with the debates about diversion over the last 20 years. That’s okay; we don’t know what it’s like to be a sheriff hearing domestic abuse cases. We bring years of expertise and intelligence to the problem of domestic abuse in Scotland. So does Sheriff Principal Pyle. We’re excited to have him at the table.

(1) See Assessing Justice System Response to Violence Against Women, Kristin Littel and others (National Resource Center on Domestic Violence, February 1998); Handbook for National Action Plans on Violence against Women (United Nations, 2002): “Pro-arrest and pro-prosecution policies mitigate against the potential minimization by police officers and prosecutors of violence against women that is frequently reported, particularly when the violence occurs in family or dating contexts and/or is culturally-sanctioned… ensuring that sentencing is appropriate to the seriousness of crimes of violence against women and that it addresses the safety of victims/survivors”; Creating a Domestic Violence Court: Guidelines and Best Practices, Family Violence Prevention Fund; Emily Sack, JD (2002). 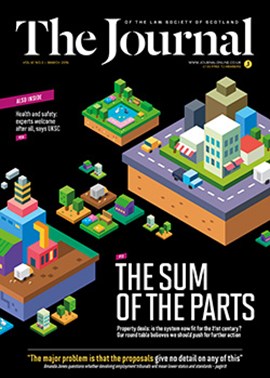