In association with Tilney: implications of some of the personal tax proposals
15th January 2018 | Alison Fitzsimons

Finance Secretary Derek Mackay recently used his devolved powers over income tax to generate additional revenue for the Scottish Government by increasing the tax rates for higher earners. Some of this revenue will be used to alleviate the burden of land and buildings transaction tax (LBTT) for first-time buyers.

The proposals are to maintain the basic rate of tax at 20% and introduce two new bands – a starter-rate band for the first £2,000 of income above the personal allowance charged at 19%, and an intermediate-rate band charged at 21% for earnings between £24,000 and £44,273. The higher and top rates of income tax would each increase by 1% to 41% and 46% respectively.

This new system could cause extra complications for many people who want to manage their personal tax bills. Stephen Parker, a financial planner from Tilney’s Glasgow office says: “It seems overly complicated and unwelcome at a time when families are facing higher inflationary pressures on income and huge amounts of uncertainty over our economy due to Brexit. The changes do not apply to savings and dividends, so Scottish taxpayers could be in a position where they are higher-rate taxpayers for non-savings, non-dividend income, but basic-rate taxpayers for their savings and dividends, which seems messy.”

The Scottish Government also proposes to introduce a new LBTT relief for first-time buyers. The relief raises the zero tax threshold from £145,000 to £175,000. People buying a property valued above £175,000 will also benefit from the relief on the first £175,000 of the purchase. The Scottish Government will launch a consultation on the policy before it is introduced in 2018-19.

The Author
For more information on how the new income tax system could affect you, or for help managing your personal tax bill, please get in touch by calling 0333 014 5429 or emailing alison.fitzsimons@tilney.co.uk   Important information: Please note Tilney do not provide tax advice.
Share this article
Add To Favorites 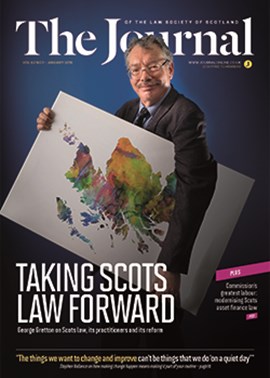