Negative predictions for the business outlook; limited rewards at the smallest firms; and a mixed picture regarding gender trends: the results of the 2018 Journal employment survey of the profession
15th October 2018 | Peter Nicholson

A poorer last 12 months for private practice, except in the biggest firms; and few in any sector expecting an improved outlook in the year ahead. These are among the standout findings from the Journal’s 2018 employment survey.

With the crunch time upon us in the Brexit process, the two appear to be closely linked. In line with previous years, fewer than one in 40 of this year’s 1,168 respondents (24, or 2.3%) believe that the prospects for their organisation will be “much improved” or even “somewhat improved” by Brexit. In contrast, 35.6% answered “somewhat adversely affected” and a further 10% checked “very adversely affected”. Probably most would settle for no real difference as a result of Brexit. That’s the expectation of 30.7% in the survey, with a further 21.3% answering “don’t know”. And perhaps correspondingly, overall 43% of respondents expect a largely unchanged business outlook. Nevertheless, whereas a mixed picture is reported as to whether business prospects have improved or declined over the past year (see table 1), and the more positive picture painted by those in listed companies and the biggest firms contrasts with their negative predictions of a year ago, without exception the pessimists outnumber the optimists when looking to the year ahead. In most sectors, no more than about one in eight solicitors expect things to improve in the next 12 months; even in listed companies, the 25% who take an optimistic view are still outnumbered by the one in three pessimists. Those in sole principal firms take the most negative view, with 41.6% expecting an actual decline in fortunes, compared with around 20% in firms of 10 or more partners. In-house solicitors in the public sector remain, unsurprisingly, of a gloomy outlook, though in central government and national bodies there may be some feeling that things have bottomed out: there the proportion who say who say the outlook has declined over the past year is down from more than 50% to under 20%, and those expecting no change similarly outnumber predictors of further decline next year. Their local government counterparts, however, remain on a firmly downward curve, with overall sentiment only slightly less negative than last year. All that said, the indicators of business and financial health in table 2 show little change on last year. The biggest percentage change is in the redundancies figure, down 7%, but this has just returned to 2015 and 2016 levels. However a sector by sector breakdown reveals that 60% of listed companies, and 48% of local public bodies, have paid people off in the past year.

The Law Society of Scotland’s recently published financial benchmarking survey showed sole principal firms having a more difficult time financially than their larger cousins (Journal, September 2018, 14). That is reflected in our finding that 52.8% of solicitors in such firms have had no pay increase in the past year, and 24.7% have actually taken a cut. These figures decline as practice size rises, to 18.3% no change and 4.8% pay cut in firms of more than 20 partners (slightly better figures than for UK and international firms). Again the public sector has a more than 50% “no change” rate; and across all respondents the proportion receiving no pay rise, or a pay cut, has risen from 35% last year to 42% this year.

Many of the smallest practices, of course, are in criminal defence, and the financial constraints of that sector are apparent from this month’s interview feature (p 12). Even among defence solicitors of more than 20 years’ PQE, more than 40% of our respondents said they currently earn less than £50,000 a year, including 22% who took home less than £40,000, and 10% less than £20,000. Exactly half had no pay rise last year, and a further 40% saw their earnings decline. Yet as we reported last month, they are the ones most at risk of violence (or the threat of violence) in the course of their work.

What can we learn from the survey in terms of gender comparisons? Tables 3 and 4 show 48.7% of women qualified 20 years or more who are earning less than £60,000 a year, compared with 37.2% of men, a snapshot of the gender pay gap only marginally more favourable to women than last year’s picture. And once again we can see men beginning to rise through the salary bands more quickly in the early years PQE.

It is not so obvious this year that (at the junior end) men are advancing more rapidly career-wise: of those with two to four years’ PQE, for example, 42.4% of women were at solicitor level, 20.3% senior solicitor and 8.5% associate; for men the respective figures were 50% solicitor, 18% senior solicitor and 13.6% associate. But 20.3% of women, compared with 4.5% of men, were working in-house, perhaps exchanging more regular hours for somewhat lower rewards.

Comparing satisfaction levels, there is not a great deal to choose. Around 65% of women respondents are satisfied or very satisfied with their current salary, and 35% dissatisfied; for men it is 66% against 34%. With benefits, 70% of women, and 73% of men, are currently satisfied.

However there are stronger indications that women find it more difficult to continue in the profession and raise a family. More than half our female respondents – 55% overall – have no dependants, compared with 44% of men. Of those with two to four years’ PQE, 40% of men, but only 17.5% of women, have one or more dependants; at four to 10 years, the figures are 40% and 24%. At 10 or more years qualified, only 33% of men, but 53% of women, have no dependants.

Also, across the board, 20% of women are working part time as against only 6% of men (we exclude those in part time work when comparing salaries).

Results of the Law Society of Scotland's Profile of the Profession survey, which attracted roughly three times the response, are awaited with interest. We hope to be reporting on them soon. ­

More than two years after the Journal first highlighted the issue of stress levels among junior lawyers, and despite national campaigns for employers to pay more attention to employees’ mental health, at least one in six solicitors (only slightly down on last year) have a problem with stress that they have chosen not to discuss with anyone, or don’t know who to turn to. Respondents’ comments include:

Time to wake up, managers!

Thank you to everyone who took part in this year’s survey. The 1,168 responses made it one of the best supported to date, the questions on experiences of violence (on which we reported last month) clearly bringing more people in.

Table 5, covering the most common employee benefits in the profession, broadly continues the pattern of recent years, with some changes in the table placings. This year we have also included a breakdown by gender of the most common practice areas (table 6), which shows some similarity in the top positions, apart from the position of criminal defence at no 5 for the men. 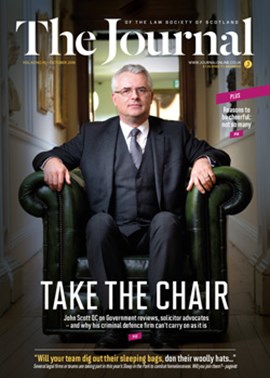