In care, in family?

Children in care have gained new statutory rights designed to keep siblings together and connected. This article explains how these came about, and the impact of bringing an appropriate test case
16th August 2021 | Alison Reid

Clan has had some success in changing the law. Issues such as information sharing, sexual offending, and disclosure of childhood offending have been progressed by intervening in ongoing litigation in the Court of Session and Supreme Court. But what happens if an intervention is not possible? What if progressing individual cases resolves the issue for the young person being represented but does not solve the same issue for others?

This article explores the challenges of achieving a change in the law through the lens of Clan’s recent Supreme Court case, ABC v Principal Reporter [2020] UKSC 26, a case involving the rights of brothers and sisters in children’s hearings. It describes the factors which led to the law being changed and considers what could be learned to help other issues be advanced in the future to make the law better.

Brothers and sisters: a lack of protection

Relationships with siblings are among the most important and longlasting in our lives and can provide a source of resilience at a time of change. The reality is that if brothers and sisters are looked after by the state, there is a high chance they will live apart and the time they spend together be limited. Uncertainty and disruption to these relationships is a painful source of distress for children and young people.

Whereas the Children (Scotland) Act 1995 required local authorities to promote contact between children in their care and those with parental responsibilities and rights, there was no mention at all of siblings. There was no obligation to keep siblings together when looked after by the local authority, nor to consider the views of siblings.

There was no obligation on children’s hearings to consider contact with siblings or to give brothers and sisters the chance to be involved in decision-making, despite the fact such procedural rights are protected by article 8 ECHR.

ABC was aged 14 years. His brother was aged seven years. ABC attended at the children’s hearing of his brother in September 2017 and was asked to leave. The children’s hearing proceeded to make a condition that regulated the contact between the brothers. The question whether this was a breach of his article 8 ECHR rights was considered by the Outer House in March 2018, the Inner House in October 2018 and then by the Supreme Court in November 2019.

The judgment was handed down on 18 June 2020. The decision was that there was no breach of article 8. However the Supreme Court recognised that the case had “served to uncover a gap in the children’s hearings system” (para 52).

Alongside case work, Clan Childlaw and partners worked hard to raise awareness of the omission of specific sibling rights which was causing brothers and sisters to become estranged when in state care.

After first writing about the issue in this Journal in December 2012, Clan wrote a guide to the existing law which identified how legislation could be amended to protect children’s sibling relationships. An amendment Clan proposed to the bill that became the Children and Young People (Scotland) Act 2014 was rejected by MSPs. With colleagues in the Children’s Rights Strategic Litigation Group, Clan explored the kinds of cases that might lead to greater recognition of sibling rights.

In 2017, Clan and others joined forces to create Stand Up For Siblings, a Scotland wide partnership aimed at improving and changing legislation, policy and practice. At the launch event in March 2018, First Minister Nicola Sturgeon welcomed the initiative.

At the same time Clan was delivering training on how to apply the current law in relation to siblings. The training series, supported by Scottish Government, culminated in a sector-wide conference in March 2019 at which the Minister for Children and Young People announced that the Scottish Government now intended to change the law.

Clan continued to highlight the issue through participation in BBC Radio 4’s programme File on 4, and on BBC Scotland’s The Nine. And very significantly, Clan was delighted that the issue was one of the foundations of the Independent Care Review published in February 2020.

Clan Childlaw published a roadmap for changes to the law and advocated these in the public consultation reviewing the 1995 Act. Some were included in the bill published in September 2019. In June 2020 (just after the Supreme Court judgment had been handed down), MSPs supported amendments advocated by Stand Up For Siblings to strengthen provisions for siblings in care.

The minister welcomed the Supreme Court’s decision that there was no breach of article 8 ECHR, but said that the Scottish Government wished to move from “compliance to excellence” in relation to the rights of siblings at children’s hearings. This was the news that many families had been waiting for.

Following further consultation, amendments on participation rights in children’s hearings were included, the Children (Scotland) Act 2020 was passed, regulations and rules of procedure were drafted, and the new provisions came into force on 26 July 2021.

What was the outcome?

New legal duties for local authorities to promote relations and direct contact between a child in their care and their siblings, to have regard to the views of siblings before taking decisions, and to place siblings together or near each other where appropriate.

New legal duties for children’s hearings and sheriffs to consider the inclusion of a measure regulating contact between the child and siblings or relevant persons the child is not living with, when making, changing or continuing a compulsory supervision order for a child.

New procedural rights for brothers and sisters in children’s hearings, including the right to be notified of a hearing, to be provided with relevant paperwork, to submit papers, to be able to attend the hearing, to be represented and to seek review of decisions after three months.

Taken together, the new provisions mean sibling relationships will have to be prioritised when decisions are taken about children and young people in everyday social work practice. National Practice Guidance on implementing the new local authority duties has been developed to support this.

Children’s hearings practice should become much more consistent, and siblings will be able to know their rights and what to expect. A new SCRA practice direction sets out how the new status of “individual afforded an opportunity to participate” will work in practice, with two routes to acquiring the new status – either the reporter will determine this when arranging a children’s hearing for a child, or a pre-hearing panel will decide this on the request of an individual.

It is difficult to distinguish exactly which activity or activities achieved the outcome, given that so much of the work was progressed in collaboration with many others. Therefore, it is hard to identify definitively the key components required for success. Here though are a few thoughts which could help achieve other changes to the law:

On reflection, there was no easy pathway to change. This may of course change with the creation of new opportunities for strategic litigation: for example, in the children’s sector, those included in the UNCRC (Incorporation) (Scotland) Bill. However, in the meantime, the combination of working collaboratively and engaging with ongoing work at the same time as identifying and progressing a case, has had some success in making the law better for those in need. 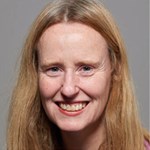