Women in Law: an appeal

The Women in Law Project is appealing for more personal stories from women working today – and especially for stories from ethnic minority women in law, past and present
14th February 2022 | Seonaid Stevenson-McCabe

In 2017, I first heard the story of Madge Easton Anderson. Born in Glasgow in 1896, she grew up in a southside tenement in Kenmure Street (the site of last year’s Home Office protests).

It seems safe to assume that Madge was always determined, enrolling to study law at the University of Glasgow and starting her apprenticeship with Maclay Murray & Spens before the passage of the Sex Disqualification (Removal) Act 1919, when the barrier to women becoming lawyers was removed. In 1920, she made history when she became the first professional woman lawyer in the UK.

I grew up in the southside; studied at the University of Glasgow; trained at Maclays. How had I never learned about this remarkable woman? Were there statues, paintings and exhibits that I had missed in my ignorance? I had so many questions. What was she like? Was she the only woman in her class? Where did her career take her? What was it like, being the first?

It soon became clear that it would not be possible to get quick answers. There were no statues, paintings or exhibits, and there was actually very little information available. Fortunately, brilliant work has been done, in Women’s Legal Landmarks (Bloomsbury), by Alison Lindsay, of the National Records of Scotland, who generously shared her knowledge, and I have since had the privilege of working with her, with Professor Maria Fletcher of Glasgow, from whom I first heard the story, and with colleagues Dr Pat Lucie, Dr Charlie Peevers, Dr Rachel McPherson and Marie-Claire Boyle to uncover more.

We found quite quickly that traditional archival research was limited, given that very little information was recorded about the early pioneers at the time. But using feminist research methods and relying particularly on oral history, we have been able to build a fuller picture. In particular, former neighbour Flora Douglas, who knew Madge Anderson when she ran a B&B just outside Bankfoot, gave me a sense of her as a woman that a matriculation record never could: a generous woman who would lend young Flora her bicycle, but who never spoke of her professional achievements. She was fiercely independent, until towards the end of her life.

Our work has not just been about recording Madge’s story, however. There are so many stories missing from the record, not just in relation to the historical pioneers, the “first” women. We felt it important to record the voices of women in law today, so that future generations are not left asking the questions about today’s women in law that we ask about the pioneers. To that end, we have been gathering a collection of personal stories. We now have more than 100 voices and are keen to see this grow and grow.

But there are still significant gaps in our knowledge, particularly around ethnic minority women. We don’t know who the first ethnic minority lawyer (man or woman) in Scotland was. There are no statues or paintings or exhibits about what it was like to be one of the first, and significant data gaps in the archives lead us repeatedly to dead ends. Data gathering is getting better, and important work is being done by the Law Society of Scotland’s Racial Inclusion Group, which published its report in January 2022.

It is important to remember that a lot of what we learned about Madge Anderson came from people like Flora Douglas sharing their stories and knowledge. We are very lucky to be working with Naeema Yaqoob Sajid of Diversity+ (diversityplus.info), herself a pioneering woman in the Scottish legal profession, to learn about and share the stories of ethnic minority women in law. In the coming months, we have events and collaborations planned, which we will share through the Society and via social media channels.

We are asking the Scottish legal profession for support with this project. First, we are asking you to please share your own personal knowledge of pioneering ethnic minority women in law that you know or knew; and to share our call with your friends and families, who may themselves have stories to share with us of people they knew. These stories don’t need to be about women you think were the “first” – they may never have gone on to practise law having studied the LLB. All these individual stories are important.

Secondly, if you are an ethnic minority woman in law today and want to share your story, please do get in touch. The project is open to all women, including trans women, in and of law – you don’t need to be qualified or practising. We would love to hear and share your voice as part of our project, so that future generations know what it was like to be an ethnic minority woman lawyer in 2022.

If you would like to share a story or provide information to assist us, you can contact us at Seonaid.Stevenson@gcu.ac.uk (Seonaid Stevenson-McCabe), or Diversityplusinfo@gmail.com (Naeema Yaqoob Sajid). 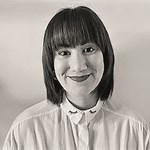