Introducing an important report on advance directives, and on medical decision-making in intensive care situations, published by a cross-committee working group of the Society
20th June 2022 | Adrian Ward 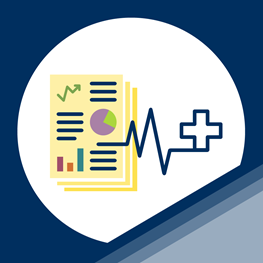 Hiding in plain sight are two major areas of deficiency in Scots law. The pandemic didn’t create them, but it has brought them into sharper focus. One might hesitate to acknowledge that the law of England & Wales (“England”) reaches, at least to a limited extent, places that Scots law doesn’t reach at all, but we can no longer avoid the comparison when UK-wide information and advice has been based on English law, and has neither addressed the difference, nor even acknowledged that Scots law is significantly different.

People have been advised to make advance directives. English law has some statutory provision for them; Scots law none, except in the very limited case of advance statements under mental health legislation. Medical professionals in Scotland lack significant legal protections available in England & Wales.

The Law Society of Scotland, and specifically its Public Policy Committee, identified the need for these deficiencies to be addressed. It established a cross-committee working group with a remit to consider and address current deficiencies in Scots law in relation to (a) advance choices (in the original remit “advance directives”), and (b) medical decision-making in intensive care situations. Without proposing draft legislation, the report nevertheless offers clear proposals for the content of appropriate legislative provision, and related matters. You can read the report at the Society’s policy work web pages.

Existing Scots law is unclear about how to ensure maximum effectiveness of decisions that people might wish to make in advance of incapacity. Such decisions can cover a wide range of matters, such as what to do with the house and contents, where they would (and would not) wish to be placed in a care home, what to do with a pet they can no longer look after, and so on – as well as medical matters, but going far beyond medical matters.

The significant characteristic of “advance choices”, as the report calls them, is that people make their own decision in advance. They do not entrust decisions to someone else such as an attorney (and they may want to cover the situation where there is no one whom they would wish to appoint as attorney; or to grant a power of attorney and an advance choice in substantially identical terms, to cover the eventuality where a chosen attorney is no longer able to act). They are thus at the top of any hierarchy of compliance with the human rights principles of autonomy and self-determination, above decisions entrusted to others, for example under powers of attorney, and further above all non-voluntary measures, such as guardianship.

Council of Europe Recommendation (2009)11, “on principles concerning continuing powers of attorney and advance directives for incapacity”, principle 2.3, defines advance choices as covering either “instructions given” or “wishes made”, or both. Provision in Scots law for both types is necessary to comply with modern human rights requirements.

Sometimes circumstances can change between when an advance choice is issued, and the later date when it becomes operational. The report offers precise criteria for addressing such situations. Crucially, the advance choice might be disapplied in particular circumstances, but not treated as revoked as it would then no longer be available. The report lists the other questions which the working group formulated, drawn largely but not entirely from the provisions of that recommendation, and work following upon that recommendation, and provides the answers offered to those questions.

Many medical practitioners in Scotland do not understand that they do not have the legal protections available to colleagues in England & Wales (Mental Capacity Act 2005, s 5) if they act properly in the circumstances, but “get it wrong”. They are unaware that they and others acting under the medical provisions of part 5 of the Adults with Incapacity (Scotland) Act 2000 are excluded from the exemptions from liability for all others acting under that Act: s 82.

The report offers for the first time a legal framework. It draws on the principle of negotiorum gestio, traditionally seen as regulating a situation in which the gestor steps in to act on behalf of an adult who is capable but absent and cannot be contacted for instructions. It applies that principle to situations where the adult is not physically absent, but in consequence of medical emergency is “absent” in the sense of being unable to hear, consider and respond to explanations and offers of treatment.

The working group comprised members drawn from various committees of the Society and an external expert, and included legal and medical practitioners, academic lawyers, and an English barrister. The report has already attracted international attention, with preliminary suggestions for a Europe-wide project to prepare European model laws on advance directives (advance choices), which would help promote the concept more widely, and provide uniformity that would be helpful in cross-border situations.

Adrian D Ward MBE, LLB, co-convener of the working group; as consultant to Council of Europe, author of Enabling citizens to plan for incapacity (2018)