How do we #BreakTheBias? That’s the theme for International Women’s Day this year.

As new Chief Executive at the Law Society of Scotland, I’ve been learning a lot about how the society works to challenge bias, stereotypes and discrimination to embrace diversity and inclusion.

Since 2004, the Society has had five women presidents. In 2024 we will welcome a sixth. Before 2004 there had been none. We have though had no presidents from an ethnic minority background. We have had one out president from an LGBTQ+ background. There has been much progress and there is much still to do.

Many of the largest legal firms in the country now have women in one of the leading roles – chair, CEO or managing partner. Even a decade ago that seemed a distant possibility. While progress has been made, only 35% of partners across the legal profession are women.

Women outnumber men at every stage of the route to qualification – LLB, Diploma in Professional Legal Practice, traineeship, and newly qualified status, but generally men get paid more and progress faster – the pay and progression gap. Women outnumber men at entrance level to the legal profession – and have done so for 20 years – but the percentage of women at partnership level is still below 40%.

Celebrating progress is important. Members of the society can feel proud of the work done in its name to break the bias. Sometimes we do this ourselves, and sometimes by lending our support to the work of others.

We’ve lent our support to the Women in Law project, which is appealing for more personal stories from women working today, especially for stories from ethnic minority women in law, past and present. There’s so much to be proud of – like the story of Madge Easton Anderson, the first professional woman lawyer in the UK, featured in this month’s Journal – and much that we still don’t know. There are many stories missing from our history, especially those of minority ethnic women. You can find out more here.

Our Gender Equality Roundtables published in 2020 heard the voices of women across the profession. We found there were still significant issues in the profession – of bullying and harassment, that flexible working was not as widespread as it might be, that the gender pay gap whilst decreasing continued to exist, and that bias (there’s that word again) was considered a significant factor affecting career progression. Those documents are worth revisiting to see precisely the issues our members face.

Our work to address those biases includes the launch today of two major pieces of work:

The second is launching a series of events to help #BreakTheBias. These events combine three important parts that we know drive change: sharing knowledge, supporting others, and positive role models. The first – on how to become a partner/principal in private practice – takes place this month. Others on legal technology, becoming a solicitor-advocate, leading a large firm, leading an in-house team, returning from maternity leave and more will follow throughout 2022. They’ll all be tagged as part of our #BreakTheBias programme which will continue all year. Because this is a challenge for every day and International Women’s Day gives us the opportunity to shine a light on it.

Please do sign up, share, and look out for others. The first event has a stellar cast who will give telling insight.

Report into racial inclusion in the Scottish legal profession published

Our report into racial inclusion within the Scottish legal profession has found an increasingly diverse and progressive sector that wants to do more, but is hampered by slow progress, lack of visible minority roles models and experiences of bias.
Read more

Role models, sharing knowledge and support are three of the most important elements in the campaign for gender equality in the legal profession. As part of our gender quality action plan, this year we’re hosting a series of events that combine these elements to help further the cause of gender equality. These events will give women planning the next steps in their careers the opportunity to hear from, speak to and learn from amazing women who have already taken those steps.
Fittingly, the first of these events is being held just a few weeks after International Women’s Day as we work to #BreakTheBias. This informative session will focus on the steps required to become a partner/principal in private practice, as well as the challenges and benefits that come with such senior roles. We are grateful to our four confirmed speakers who are ideally placed to offer their wisdom, inspiration and support:

Please join us in the first of this series.
Read more
Add To Favorites 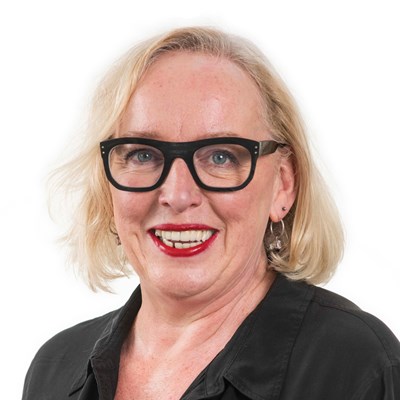