As part of our platinum anniversary blog series, Claire E Macpherson, solicitor at Burness Paull LLP and member of the Law Society of Scotland Trusts and Succession Law Sub-Committee looks at how succession law has changed with the times.

In considering Scotland’s culture today it still seems incredible that the law of primogeniture, whereby the eldest son automatically inherited, applied to heritable property on intestacy until 1964.

When the Mackintosh Committee reported in 1951 they pointed out that Scotland’s law of heritable succession belonged in the Middle Ages, when its rules of primogeniture and male preference were admirably suited to the feudal state of society in which they were evolved.

While such laws might have been appropriate at that time, by the 1900s they were considered wholly inappropriate with Lord Craigton, the then Minister of State for the Scottish Office remarking in parliament “Laws which were in place which were intended to avoid a subdivision of feudal holdings are inappropriate to a world in which the feudal obligation is no longer a factor and in which the most usual holding of heritable property is a bungalow, a flat or a semi-detached house.”

Thus, the revolutionary Succession (Scotland) Act 1964 was brought into force for deaths on or after 10 September 1964. That act prioritised inheritance by a widow or widower on intestacy, setting aside prior rights relating to heritable property, furniture and plenishings and a cash sum, before thereafter distributing the remainder of the estate.

At the same time as prioritising spouses, male preference in other relationships were also removed, with fathers and mothers sharing equally as opposed to mothers only inheriting where a father had predeceased.

As time passes, society changes and by the 21st century, succession law was again failing to keep up with society’s expectations. With a significant number of individuals cohabiting rather then marrying it was time for cohabitees to be given rights of inheritance in intestacy with the introduction of Section 29 of the Family Law (Scotland) Act 2006. Under this section, provision for a cohabitee is made by the court on application by the cohabitee within 6 months of the death and this was considered another significant piece of legislation in Scottish succession law.

However, once again, times change and as much as the Succession (Scotland) Act 1964 was considered a revolutionary piece of legislation in its day, fast forward another 55 years and it is once again, considered by many to be out of date and no longer in keeping with our modern society. The Scottish Government’s latest consultation on Succession has recently closed and in keeping with modern times, issues such as step families and cohabitees were examined further. We now await the next step in the further reform of the Scottish law of succession.

As part of our platinum anniversary blog series, Tim Taylor, Scottish solicitor at Hastings Legal and member of our Property and Land Law Reform Law Sub-Committee looks at the significance of Scottish Standard Clauses in the context of our 70 year history.
Read more

As part of our platinum anniversary blog series, Scottish solicitor, Policy Executive and Secretary to our Criminal Law Committee, Gillian Mawdsley discusses the death penalty, its implications in terms of human rights and abolition in the context of our 70 year history.
Read more 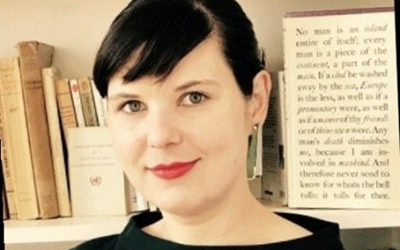 As part of our platinum anniversary blog series, Aiste Slezeviciute, a member of our Competition Law Sub-Committee and Assistant Director, Mergers at the Competition and Markets Authority, looks at the broad reach of competition law.
Read more
Add To Favorites
Categories
News Archive
Articles Related by Category