Marcus Corry, EU Internal Market Adviser at the UK Law Societies' Brussels Office, provides an update on the Brexit negotiations in the run up to the end of the transition period on 31 December 2020.

Despite initial timeframes earmarking October as the latest date by which a deal could be agreed, UK-EU negotiations are continuing with Christmas now almost upon us. The latest ‘deadline’ was Sunday 13 December, but both sides have agreed to continue talking, raising hope that a deal can still be reached before the expiry of the transitional period on the 31st December 2020.

Since the summer the sticking points have been clear, with little progress on any front: namely level playing field, fishing and governance mechanisms. The 'level playing field' discussion has most recently centred around proposals to include automatic counter-measures, and as a last resort the right to impose tariffs, in any agreement should future regulatory divergence emerge. Fishing has likewise secured high media coverage, with the UK and EU at loggerheads over the framework for reviewing future quotas. Various attempts to resolve these issues have failed to reach agreement, including the high-level meetings and calls between British PM Boris Johnson and European Commission President Ursula von der Leyen.

Lack of progress was reflected in the agenda of the European Council summit on the 10 and 11 December, where the UK-EU FTA received less than ten minutes’ attention. It has additionally resulted in the publication of four contingency measures by the EU Commission to ensure basic connectivity in rail, road haulage and aviation should the UK exit the transitional period without an FTA. It was also proposed that the EU and UK permit continued access to each other’s fishing waters. All of these unilateral arrangements are subject to reciprocity and are only short term in nature.

Thankfully the Internal Market Bill controversy was resolved on Tuesday 8 December with an agreement in principle announced by Cabinet Office Minister Michael Gove and European Commission Vice President Maroš Šefčovič. NI businesses exporting goods to GB will not have to submit export declarations while GB goods coming into NI will not be subject to EU tariffs. It was also clarified EU State Aid rules will not apply to Agriculture or Fisheries. Following the agreement, the UK Government amended the UK Internal Market Bill to remove all clauses that would have been in breach of the Withdrawal Agreement. All three UK Law Societies (England & Wales, Scotland and Northern Ireland) welcomed the decision, as these clauses would have threatened the UK’s reputation as a centre of excellence for legal services and an upholder of the rule of law. The breakthrough also removes a potential hurdle for any FTA in terms of securing ratification from the European Parliament.

In the event that a deal is agreed, it is by now clear that provisions on services, including legal services, will be limited. It remains though possible that agreement would bring about provisions covering the mobility of UK and EU lawyers, the rights of establishment for law firms (subject to national reservations) and a framework for a further agreement on a future date on the Mutual Recognition of Professional Qualifications. The UK Law Societies Office will continue to monitor the talks closely and provide updated guidance on these areas in due course. Given the tight timeframes, it is expected that any agreement would be accompanied by phasing-in arrangements, but there remains the potential risk of gaps, especially in those areas where the European Union does not have exclusive competence.

With all eyes on the main FTA, there has sadly been little opportunity for decisions to be made on a number of ancillary agreements. Among these issues stands the pending decision of the EU on UK data adequacy, equivalence decisions in the field of financial services and critically for civil judicial enforcement, any approval of the UK’s application to accede to the Lugano Convention. On the latter the Brussels Office of the UK Law Societies has been running a public campaign throughout November to December to reiterate again the importance of Access to Justice for businesses and consumers and the potential risks of falling back on national rules for recognition and enforcement of judgments.

The Brussels Office will remain open over the Christmas period to follow all of the above developments as they happen, and we will communicate with members the key outcomes, with full details to follow in the New Year. For further information, or any questions please contact brussels@lawsociety.org.uk 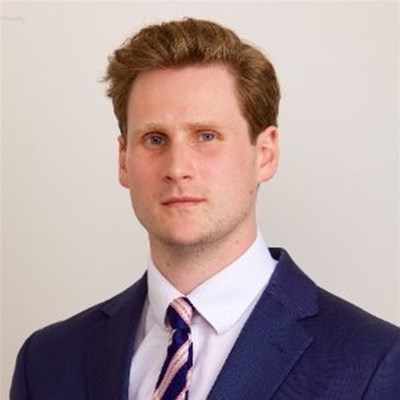