What can/can't you do as a trainee?

It is essential that trainees and supervisors familiarise themselves with what work can and cannot be carried out during the traineeship.

Trainees should not work:

Trainees must correctly identify themselves to clients and to the Courts and to any other relevant persons or bodies who they communicate with, as “Trainee Solicitors”, in order to avoid any misunderstanding or misrepresentation.

When should a trainee apply for admission?

Trainees can apply to the us to be admitted to the roll of solicitors at three stages:

Trainees can apply to us to be admitted to the Roll of Solicitors; at the discretion of their supervising solicitor, and having been so admitted (or at the same time as applying for admission to the Roll) they can apply for a restricted practising certificate.

Find out more about applying for admission.

Trainees and supervisors might make a decision about when it's best to apply for admission based on the type of work an employer would like them to carry out during the traineeship. There are different rules about what you can/can't do as a trainee solicitor dependent on whether you are admitted and hold a restricted practising certificate and if you are admitted as a Notary Public. This information is summarised below.

What work can a trainee carry out?

For any traineeship commenced on or after 1 November 2019, Schedule 3 of the regulations set out what trainees can do during their traineeship, depending on whether they have a practising certificate or not.

For questions relating to what can and cannot be done during the traineeship then you can email Professional Practice on profprac@lawscot.org.uk.

If you have any questions regarding applying to be admitted to the Roll or applying for a practising certificate then you can email Education, Training & Qualifications on legaleduc@lawscot.org.uk.

As a trainee there are a limited range of functions which you can perform.

You can sit with Counsel in any Court including the High Court and the Court of Session.

You cannot represent a client in the Criminal Courts, and in Civil cases you can only appear in certain circumstances. (See under the heading “More information about specific areas of work” below). You cannot grant Legal Advice and Assistance as you are not yet a solicitor

Any business card which is printed should have the description "Trainee Solicitor" after your name.

Admitted and holding a practising certificate

After three months of your traineeship you are entitled to seek admission as a solicitor.

You can appear on behalf of clients in any matter in the Sheriff or Justice of the Peace Courts, although it is unwise to appear in a Solemn case in the Sheriff Court at such an early stage in your career. You can also grant Legal Advice and Assistance, but you cannot be the nominated solicitor on a Legal Aid Certificate - either Civil or Criminal. You can appear on behalf of the nominated solicitor in Court.

You can sign any document which requires to be signed by a solicitor.  In particular, you can sign Court (and similar) documents, designating yourself as “Solicitor”.  However, in order to ensure that clients, in particular, understand that you are still training, we would ask that you continue to identify yourself as a “Trainee Solicitor” in all correspondence and on business cards.

The Courts Reform (Scotland) Act 2014 section 72 introduced a new “Simple Procedure” for proceedings for payment of a sum of money not exceeding £5,000 and certain other actions where the value does not exceed £5,000.

Small Claims, Summary Cause and Ordinary Cause

Secondly there is an “authorised lay representative” in terms of Chapter 2 of the Small Claims Rules and the Summary Cause Rules.

We suggest that a trainee (without a practising certificate) is neither a “lay representative” nor are they an “authorised lay representative” unless the trainee could argue that the litigant was not paying the practice unit a fee for the court appearance.

A trainee with a practising certificate may appear in these cases.

A trainee solicitor is defined as a legal representative in terms of Rule 2.2(2) of the Simple Procedure Rules. This includes both first and second year trainees and includes those who are admitted and hold a practising certificate and those who do not. Therefore all trainees may represent clients in Simple Procedure cases.

Summary Cause and Ordinary Cause

The Summary Cause and Ordinary Cause Rules remain unchanged and a trainee requires a practising certificate to appear.

The Mental Health (Care and Treatment) (Scotland) 2003 Act, states at section 64, and various other sections, the persons who can appear before a Tribunal and these include:-

(b) the patient’s named person;

(c) any guardian of the patient;

(i)  any curator ad litem appointed in respect of the patient by the Tribunal;

(j)  any other person appearing to the Tribunal to have an interest in the application.

The term “relevant person” is defined in Rule 2 as “any party and any other person who sends a notice of response under Part II, IV or V of these Rules indicating a wish to make representations or to lead or produce evidence”.

A solicitor would clearly be entitled to appear under s.64(j) above.

We think that a trainee without a practising certificate should not seek to represent a patient at a mental health tribunal unless they have the appropriate knowledge and experience.

Non-solicitors can provide representation and therefore it is open to trainees with or without a practising certificate to appear however their status should be declared at the outset of the hearing and the consent of the client should be obtained.

(1) No person may provide immigration advice or immigration services unless he is a qualified person.

(2) A person is a qualified person if—

(c) he is authorised by a designated professional body (which includes the Law Society of Scotland) to practise as a member of the profession whose members are regulated by that body, or works under the supervision of such a person;

In terms of the Employment Rights Act 1996, section 203(3), an employee must have received advice from an independent relevant adviser as to the terms and effects of the proposed agreement before the employee signs the agreement. In terms of section 203(3A)(a) a relevant independent adviser can be a “qualified lawyer” with professional indemnity insurance.

Under the Childrens Hearings (Scotland) Act 2011 section 78, a “person representing a child” and a “person representing a relevant person in relation to the child” (unless that person has been excluded under s.77(2)) have the right to attend Childrens Hearings. The person carrying out the representation does not need to be a solicitor and accordingly a trainee with or without a practising certificate could appear.

If the case is referred to the Sheriff for a determination under s.93 (where the grounds of referral are not accepted) or s.94 (where the child or relevant person is unable to understand the grounds) then s.104 states that at the hearing before the Sheriff, a person representing the child or relevant person need not be a solicitor. A trainee (with or without a practising certificate) could appear but we consider that it is not appropriate for a trainee without a practising certificate to represent a client in Court in such a case, in view of their lack of experience.

The VIPER (Video Identification Parade Electronic Recording) scheme procedure is in two parts. A trainee (whether admitted and with a practising certificate or not) could attend for both Parts 1 and 2 of the procedure.

Care should be taken on what is covered by legal aid.

The Lands Tribunal Rules for Scotland 2003 provide at Rule 16 that:- “In any proceedings before the Tribunal any party to the proceedings may appear and may be heard in person or be represented by counsel or solicitor, or, with leave of the Tribunal, by any other person.”.

The Valuation Appeal Committee (Procedure in Appeals under the Valuation Acts) (Scotland) Regulations 1995, in relation to the Land Valuation Committee, Reg. 13 provides that “a party may appear before and be heard by the Committee in person (with assistance from any person if he wishes) or he may be represented by any person whether or not legally qualified.” This would enable a trainee (with or without a practising certificate) to represent a client before the Committee.

In terms of Rule 7(2) of the Fatal Accidents and Sudden Deaths Inquiry Procedure (Scotland) Rules 1977, “any person entitled to appear at an inquiry in terms of section 4(2) of the Act” (Fatal Accidents and Sudden Deaths Inquiry (Scotland) Act 1976) “may appear on his own behalf or be represented by an advocate or a solicitor or, with leave of the Sheriff, by any other person.”.

A trainee without a practising certificate could therefore attend at Court and represent one of the persons entitled to appear at the Inquiry, but only with leave of the Sheriff. In practice however it would not normally be appropriate for a trainee without a practising certificate to make application to the Sheriff to appear in a representational capacity.

(13)  Attendance at Court with Counsel/Advocate

A trainee (with or without a practising certificate) can attend Court with Counsel. 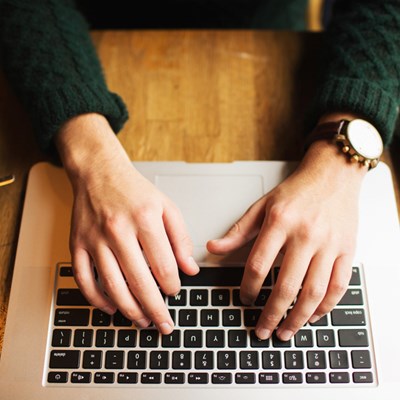 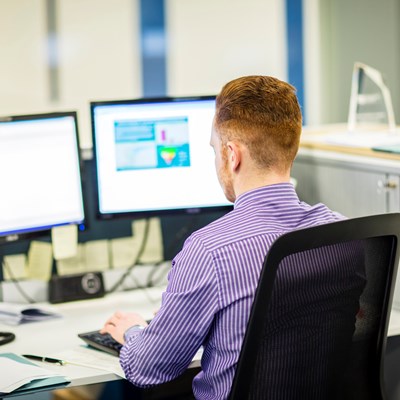 Our Professional Practice team offers free and confidential support and advice on legal practice and procedure. 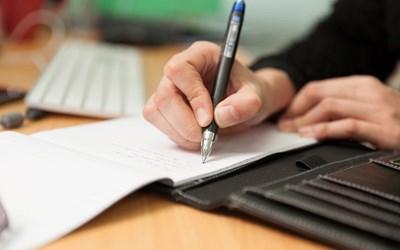 Applying for admission as a trainee?

Visit our pages containing specific guidance about admission during, or at the end of the traineeship. There are different forms that you may need to complete and processes to be aware of.