Not proven and back again: an academics’ tale

Scotland’s jury system differs in a number of ways from jury systems used elsewhere in the world, primarily the number of jurors who sit on a jury, the verdicts available, and verdicts being reached by a simple majority. These important differences have been at the heart of this team’s research for a number of years. As psychologists who are interested in decision making, we have been studying how Scotland’s unique system can influence the way jurors view the accused and the verdicts they reach.

Two of our most recent studies were (i) a survey of Scottish legal professionals’ opinions of the Scottish jury system, and (ii) an experimental study investigating the effects of different verdict systems on jurors and the verdicts they return. In the former, legal professionals ranked a proven and not proven system as significantly preferable to either the current Scottish three-verdict system or the Anglo-American guilty and not guilty verdict system. One reason for this may be that such a verdict system might direct jurors to their true role of focusing on the “proof” provided by the prosecution, rather than their perception of “guilt” towards the defendant.

In the second study, we compared the effects of a potential proven and not proven verdict system with the existing Scottish and Anglo-American verdict systems. We showed jury-eligible volunteers a video of a staged murder trial, filmed in a real courtroom as part of a joint venture between the Faculty of Advocates, Bloody Scotland and the Modern Studies Association of Scotland. There were a number of interesting findings from the study:

The first two findings suggest that the labels used for the verdicts may be more important than the number of verdicts that are available. We hypothesise that the words “proven” and “not proven” (in both our novel system of proven and not proven and the current Scottish system) helped jurors to focus on the prosecution’s evidence and evaluate whether it met the required standard of proof beyond reasonable doubt. This caused them to acquit more frequently than jurors only provided with the options of guilty and not guilty.  In other words, consistent with the first study, the word choice of “proven” in a verdict system may prime jurors to think about how much proof the prosecution really has. As the burden of proof is on the prosecution, we do not think this is a negative and we would recommend a proven and not proven verdict system as a potential replacement to the current system.

Adoption of the Anglo-American verdict system may increase convictions, relative to the current Scottish verdict system, in certain trial types (e.g. murder). However, we do not know whether the increase in convictions would be entirely appropriate. An increase in wrongful convictions would represent a failure of natural justice, as well as potentially costing the taxpayer in compensation payments and retrial costs. Adopting a proven and not proven system, on the other hand, would remove not proven as the “second class” acquittal verdict in the current Scottish system and might keep the conviction rate constant across the change. The latter point might be a positive overall, as a wrongful conviction typically leads to two injustices, as the guilty person escapes justice and an innocent person is punished, whereas the acquittal of a guilty party only involves one injustice.

Sexual offences: why the differences?

However, keeping the conviction rate consistent would not necessarily be an unqualified good. It may not be desirable in offence types which may already lead to a disproportionate number of acquittals of potentially guilty parties, which currently may be the case in sexual offences. For example, in Scottish courts the conviction rate for rape and attempted rape was 47% in 2018-19, lower than any other crime type and much lower than the average conviction rate in Scotland of 87%.

It is very unlikely that rape cases are being brought to court on a substantially different basis than all other crimes (e.g. with much weaker evidence). Therefore, the Scottish Government has a duty to try to improve the conviction rates for rape and other sexual offences, as long as wrongful convictions are avoided, and psychological researchers can help to inform the action they take through investigating potential factors, such as the not proven verdict, that might influence conviction rates.

Some have argued that the abolition of the not proven verdict may help to increase the conviction rates in rape trials. However, the evidence, from experiments, that a change from a three-verdict to a two-verdict system will increase convictions specifically in rape and sexual assault trials is currently weak. Ormston et al (2019) found that the Scottish verdict system led to significantly fewer convictions than the Anglo-American system in physical assault trials, but not in rape trials. Similar findings were made by Hope et al (2008). This does not mean that the availability of the not proven verdict does not influence conviction rates in rape trials; rather it means that experimental data have not captured this if it is the case.

Archival data show more clearly that England & Wales has a higher conviction rate than Scotland for rape trials (70.7% versus 47%). However, it is difficult to make causal conclusions with this type of data, as the conviction rate differences might be influenced by additional factors, such as the simple majority verdict system. We cannot, therefore, be sure how much the availability of the not proven verdict influences conviction rates when comparing archival data in Scotland with England & Wales.

One factor that may affect sexual offence trials, in any jurisdiction, is the existence of prejudicial and false beliefs about sexual assault and its perpetrators, victims and survivors. These beliefs, often referred to as “rape myths”, are widely held by the general public, from which juries are summoned, and can be intentionally or unintentionally invoked by legal actors to manipulate jurors’ interpretations of the evidence. The solution to the issue of low conviction rates for sexual offences might not be found in the abolition of the not proven verdict, then, but may instead reside in providing more education in relation to the law, consent and rape myths to the general public.

Indeed, as noted above, another key finding from our study was that our sample of jury-eligible members of the Scottish public were not knowledgeable about important aspects of the jury system in Scotland. For instance, the majority of jurors did not know how many jurors sat on a jury in Scotland (the most common answer, incorrectly, being 12). They also did not know which verdicts were available to jurors. We suggest that American and English film and television representations of trials lead to a Scottish-specific “law and order” effect on jurors, where their limited knowledge of the courtroom is supplied by television shows set in other jurisdictions. If the masters of the facts do not understand their role, how can they perform it effectively? This is not just an issue in Scotland, however; research from other jurisdictions shows that jurors have difficulty understanding legal concepts such as beyond reasonable doubt.

To rectify both the low conviction rates in sexual offence trials and the lack of knowledge that prospective jurors have about the Scottish legal system, we suggest that better education, informed by psychological research, be provided. An online, short training course could be provided to jurors selected to attend jury duty. The course could educate jurors on potential verdicts, different legal concepts (e.g. beyond reasonable doubt), potential biases that might influence them (e.g. rape myths), decision making strategies, notetaking advice, and a basic understanding of legal evidence. We believe that such training would help attenuate the role that error/bias play in the courtroom and ensure that jurors better understand the legal process.

Psychology has a substantial body of knowledge on jury decision-making, including specifically in the Scottish context. There are, of course, limitations to the research (e.g. jury decisions in experimental studies do not have real-world consequences). However, researchers have addressed this issue through the triangulation of data, by researching different samples and using various methods and trial materials.

An important next step for researchers in Scotland is to investigate the effect that education has on the decision-making of jurors. 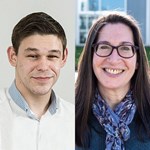