The Bill of Rights Bill purports to retain the human rights contained in the European Convention, but contains practical limitations and makes it harder for those claiming infringement of their rights to obtain redress
18th July 2022 | Lauren Smith

The UK Government proposes to repeal the Human Rights Act 1998 (“HRA”) and replace it with a Bill of Rights. On 22 June 2022, the Government introduced the Bill of Rights Bill into Parliament.

On the surface, the bill seeks to protect the same European Convention on Human Rights (“ECHR”) rights as are currently defined as Convention rights under s 1 of the HRA. However, the explanatory notes to the bill list a plethora of proposed policy changes to the approach to human rights protection in the UK, which are reflected in its drafting.

This article explores three of the key proposed changes to human rights protection under the bill and the potential impact of these changes in practice. It will focus on the changes to remedying Convention-incompatible domestic legislation, the proposal to make the UK Supreme Court the “ultimate judicial authority” on Convention rights, and the proposed weight to be given to freedom of expression over other Convention rights.

The HRA provides courts with two ways to remedy Convention-incompatible domestic legislation. First, legislation can be read and given effect by the courts in a way that is compatible with the Convention rights, so far as this is possible (HRA, s 3). Alternatively, the court can make a declaration of incompatibility, i.e. a formal notice that the legislation is incompatible with a Convention right (HRA, s 4). In practice, under the HRA, declarations of incapability are far less frequently relied on by the courts compared with the s 3 remedy.

The s 3 remedy has the immediacy of interpreting legislation in a Convention-compliant way in order to protect an individual’s Convention rights. An example of its use is the decision of the then House of Lords in Ghaidan v Godin-Mendoza [2004] UKHL 30, in which the court read the Rent Act 1977 so as to comply with articles 8 and 14 of the ECHR, to include the same protection to a partner in a same-sex relationship to succeed to a statutory tenancy as was afforded to heterosexual couples.

With reliance on declarations of incompatibility, the recognition of an individual’s right in terms of legislation is a far more protracted process. It puts control of remedial action in the hands of the relevant minister to consider whether “there are compelling reasons” to proceed with remedial steps. Of particular concern where a government is opposed to, or at least interested in limiting, protection of fundamental rights, is the control over this route for remedying incompatible legislation. In this instance, a declaration of incompatibility may be viewed as a badge of honour rather than scope for improvement.

Ultimately, where legislation is declared incompatible, it may be possible for an individual to pursue the protection of their Convention rights to the European Court of Human Rights (“ECtHR”). Although the bill declares the UK Supreme Court as the “ultimate judicial authority on questions arising under domestic law in connection with the Convention rights” (clause 3), the UK, as a party to the ECHR, remains subject to the supervisory jurisdiction of the ECtHR.

However, an individual requires to exhaust their domestic remedies before proceeding to the ECtHR, which is likely to be a lengthy process. This is in stark contrast to the possibility of the offending legislation being read and given effect to as though compliant, possibly at first instance, in terms of HRA s 3.

The removal of an equivalent to s 3 of the HRA shifts the day-to-day remedial work of Convention incompatible legislation from the hands of the courts, who can effect remedial work swiftly in cases presented before them, to UK Government ministers who may be, in effect, marking their own party’s homework.

By this removal, an individual’s ability to protect their Convention rights against offending legislation is weakened, as they have to rely on a minister deciding to take remedial action. One of the UK Government’s policy aims of the bill is to increase democratic oversight of human rights issues. However, the revised approach is likely to increase the executive’s oversight.

Under s 2 of the HRA, a court is required to take into account the jurisprudence of the ECtHR when such jurisprudence is relevant to the legal question before the court. There is no equivalent provision in the bill. Instead, as noted above, under clause 3 the UK Supreme Court is marked as “the ultimate judicial authority” on questions arising in connection with Convention rights.

This appears to be in pursuit of the UK Government’s policy objective to “strengthen domestic institutions and the primacy of UK law”. The presumption appears to be that domestic courts will interpret the Convention more narrowly than the ECtHR. However, despite what is declared under clause 3, in terms of international law the ECtHR remains the ultimate judicial authority on interpretation of the Convention.

The bill as currently drafted may place the courts in a difficult position. As currently drafted, the courts may not adopt an interpretation of a Convention right that expands the protection afforded by the right “unless the court has no reasonable doubt that the European Court of Human Rights would adopt that interpretation if the case were before it” (clause 3). The explanatory notes state that “this does not require a court to predict the exact judgment that the ECtHR would make”. However, it would seem that a level of judicial guesswork would be required.

As demonstrated in clauses 5 and 6, the bill seeks to restrict judicial power to enforce positive obligations on public authorities, and to reduce the protection of rights to UK citizens who are subject to a custodial sentence. This appears to be in fulfilment of the UK Government policy aim to “recognise that responsibilities exist alongside rights”. It is striking that these provisions appear beside one another in the bill. In pursuit of this policy, the bill appears to be seeking to reduce the responsibility owed by public authorities, while limiting applicability of Convention rights to a defined group of individuals. This appears to be at odds with article 1 of the ECHR, which requires the UK, as a party to the ECHR, to secure “to everyone” their Convention rights under articles 2-12 and 14 of the Convention.

Regardless of the restrictions on judicial interpretation, as the UK remains a party to the ECHR it will remain possible for an individual to pursue the protection of their Convention rights to the ECtHR, which will follow its own jurisprudence. However, the ultimate control as to whether legislative change will be effected by the decision of the ECtHR will lie with Parliament, whose legislative agenda is largely influenced by a majority government.

Under the bill, article 10 protection of freedom of expression is rebranded to “freedom of speech”. In terms of the bill, it is proposed that “a court must give great weight to the importance of protecting the right”. This is fleshed out in the accompanying explanatory note, which suggests that freedom of speech is to be afforded primacy over, for example, the article 8 right to private and family life. However, it is proposed that freedom of expression is not absolute and remains subject to the qualifications detailed under article 10(2) of the Convention.

The reference to the primacy of article 10 over article 8 appears particularly stark in light of the recent US Supreme Court decision to overturn Roe v Wade, and comments of the First Minister in regard to establishing buffer zones around abortion clinics. At present, protection of competing article 8 and article 10 rights would be on an equal footing. However, in terms of the bill, “great weight” would require to be given to the importance of protecting freedom of speech, which could tilt the judicial balance in its favour, albeit there may be limits in light of article 10(2) in terms of, for example, “public safety” and “prevention of disorder or crime”.

If this clause remains following the legislative process, there will no doubt be litigation regarding how to define the proposed “great weight” to be afforded to freedom of speech. In effect, the proposed increased protection of freedom of speech will likely be at the expense of protecting other competing Convention rights.

On review of three of the proposed changes to Convention rights protection in the UK, it is evident that the bill, as currently drafted, will curtail the protection of an individual’s fundamental rights. The lack of an equivalent to s 3 of the HRA will push control of remedial action for incompatible domestic legislation to the executive. The proposal of the UK Supreme Court as the ultimate judicial authority, albeit incompatible with international law, suggests a focus on narrowing the courts’ interpretation of Convention rights. The treatment of freedom of speech as paramount to other Convention rights will likely lead to the weakening of protection of other competing rights. As the bill generates much public attention, it will be interesting to see what survives of its current drafting as it progresses through the Houses of Parliament. 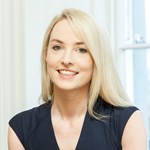