The moderation of Scottish exams results has once again highlighted the challenges faced by pupils from lower-performing schools. Heather McKendrick, Head of Careers & Outreach, discusses how the Law Society is attempting to ensure fair access to the profession, what more needs to be done and how employers can help.

[NB: This blog has been updated, since its original publication, to reflect that the SQA has reversed its decision to downgrade any pupils' exam results.]

My role at the Law Society for the last few years has been focused on fairness - ensuring fair access to the profession and fair progression through the profession.

It’s a huge issue and one that has been raised once more by Scottish Higher and Nat 5 grades being moderated and downgraded in a way that has disproportionately affected pupils attending lower-performing school.

It's an issue that is bigger than a professional body can tackle on its own, but we have made great inroads.

We set up a Street Law programme, where law students teach legal lessons in a school to provide legal knowledge and skills. We deliberately work primarily with low progression schools to help raise aspirations. Being taught by law students who look and sound a bit like the pupils is a key part of this – we hope they think, ‘well if they can do it, so can I’.

To date, we have worked with over 50 schools across Scotland and we have met incredible pupils - pupils who have learned about different areas of law, new skills, new interests. Some even set up a debating club, as a result.

We then went on to establish the charity the Lawscot Foundation, which supports a number of talented young people from less advantaged backgrounds each year to study the LLB and Diploma via a bursary and mentoring programme.

We give each student £2,500 each year to help them with living costs, but we are aware that, even then, finance is a huge barrier and most of them work a large number of part-time hours to support themselves.

Sometimes the phrase ‘financial barriers’ is woefully bland when it comes to the challenges the applicants have faced.

Homelessness, care, family estrangement, bereavements, abuse, physical and mental illness in the family, extreme poverty, taking on the financial burdens of the household. This is a more accurate depiction.

When the Trustees decide who to support each year and who they cannot support, every one of them is truly humbled. The magnitude of the effort, the determination and the resilience that these teenagers display, whilst taking on additional activities to help them stand out in applications is nothing short of mindblowing.

The fact they have managed to secure a place studying law is a boon to the future of the profession and we will feel lucky to welcome these individuals into the profession in a few years.

I am proud of what we have achieved so far, but clearly there is more to do.

This year – a year like no other – has had a huge impact on young people. We heard of many pupils who had their grades downgraded by the SQA, based on historical performance of the school. The pass rate of pupils in the most deprived data zones was reduced by 15.2% compared to 6.9% for those from the most affluent backgrounds.

This has now thankfully been reversed, but it underlines an important point that has an impact across society. Does and should the school you attend and the area in which you are brought up determine your future path?

One of the hugely controversial elements of the SQA’s format was the fact that if your school didn't normally achieve high results, it was likely your grades were downgraded as a result, despite your individual talents.

It was bad news for all students who were affected, but there was a high chance it particularly affected people applying to study law. Typically, students who are accepted onto law courses need top grades; they outperform their peers and they might be the overachievers in their schools. They are generally the students who buck the trend of attainment, so they would be particularly adversely affected by being tethered to fitting in with a historic norm.

The idea of the school you attend, rather than individual talents, being central to your future is exactly the opposite of what we believe should be the case.

Yet, students who have got to the point of being on the LLB and Diploma can find they face yet another battle – securing a traineeship. There are lots of reasons for this: fewer connections than their more advantaged peers; lack of interview and psychometric testing experience compared to others; less legal work experience (likely because they focused on their part-time work during this time); and that old chestnut – school results.

We are not saying ignore school grades – they can be an important part of a recruitment process, but only if they are used in context.

So what can employers do about this?

I’m happy to say there are ways to make a difference. Law firms are really starting to understand the limitations of school results and many have started using contextualised recruitment systems to help display the invisible ink displayed under each set of results.

The systems uses data to calculate each applicant’s grades and compares it to their peers at the same school at the same year to give them a score.

For example, a student at a very low progression school may have secured an A and 4 Bs at Higher, which may not necessarily be considered exceptional – but this may indicate they outperformed their peers by 80%.

The system also makes sense of other elements of the application form. It is possible to see if a person doesn’t have many internships or extra circular achievements during university by flagging if an applicant is working a large number of hours a week to support themselves and their family. Simply put, it helps to put a person’s achievements into context so the most intellectually able, talented and determined stand out - and, crucially, aren’t missed - where they might be in a normal process.

It mirrors the universities’ admissions processes and I can’t tell you how delighted I am that some law firms have started using this process too – and are seeing great results from it.

At the Law Society, we have set up our own system for this, working with Dickson Minto, Morton Fraser and Gillespie MacAndrew over the last year. It means it is accessible to all firms, regardless of size, as we truly believe it makes a real difference to the fairness of the process and the quality of our future members.

A level playing field does not happen naturally. We all have a role to play in helping to achieve it and, the good thing is, there are tangible differences that can be made.

Get in touch if you want to help in some way. The more people who want to effect change, the greater the impact will be.

To find out more about the Lawscot Foundation or our contextualised recruitment system, please get in touch with me at heathermckendrick@lawscot.org.uk.

Our work in social mobility

We lead several social mobility initiatives, inviting our legal employers and members to participate. Social mobility is essential to assuring fair access to the profession. 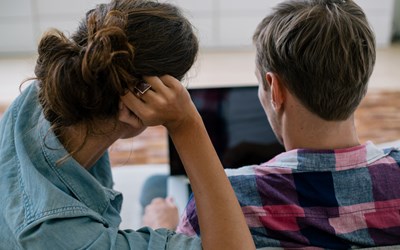 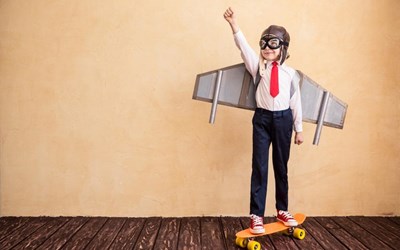