The menopause: the new protected characteristic?

It’s Tuesday 21 May and I am tuned into the debate in the Scottish Parliament on #EndMenopauseStigma. As a woman of a certain age and an employment lawyer, I am interested to hear their views on how the condition fits into our current legal landscape.

Despite my eagerness to hear more about it, I will admit that the topic makes me feel uncomfortable and somewhat vulnerable. Openly admitting to suffering from any one of the 34 symptoms which the menopause can bring, such as hot flushes, anxiety, fatigue and lack of concentration, are not (I fear) conducive to promoting a confident presence in the workplace.

The statistics show that I am not alone in feeling this way. Despite 75-80% of working women being of menopausal age (45-55), a survey conducted by the STUC revealed that 99% of the respondents confirmed that their employer did not have, or were not aware of their employer having, a policy which addressed the menopause and/or its symptoms. It also revealed that respondents were reluctant to share their symptoms with their employer for fear of demotion.

The parliamentary debate focused on a need to educate and embed an understanding of the menopause and its effect on employees into workplace culture, specifically addressed in the Gender Pay Gap Action Plan. With an ageing population and potential skills shortage on the horizon from Brexit, ensuring retention and supporting the performance of women in the 45-55 age bracket is an economic imperative. But could it also give rise to a legal obligation?

It’s not too difficult to see how the protections currently afforded to employees under the Equality Act 2010, in particular disability and sex, could be extended to protect those suffering from menopause symptoms. For example, in relation to disability, a person will be classified as disabled if they suffer from a physical or mental impairment which has a substantial (meaning more than trivial), long term, adverse effect on their ability to carry out day-to-day activities. Long term means the impairment has lasted or is likely to last 12 months or more.

Each case will need to be considered on its own facts (with appropriate medical reports obtained), but if the criteria are met, an employer will require to consider reasonable adjustments to the role and/or workplace.

Indeed, last year, in the case of Davies v Scottish Courts & Tribunals Service, an employment tribunal held that a claimant suffering from menopause symptoms was disabled: Ms Davies was dismissed because of her conduct. The tribunal held that her conduct was affected by her disability (the symptoms of the menopause), which caused her to be confused and forgetful and the dismissal amounted to disability discrimination.

However, not all women who have menopausal symptoms will qualify as disabled. They may however have a claim for sex discrimination if they can demonstrate that they have been treated less favourably than a man would have been as a result of the symptoms of the menopause.

In the case of Merchant v BT plc, a claimant was dismissed for poor performance. Prior to dismissal, the claimant submitted a letter to her employer from her GP confirming that she was going through the menopause which could affect her concentration at times. The dismissing manager did not investigate the effects that the claimant’s symptoms could have had on her performance but based his decision on his own knowledge of the symptoms of menopause. The employment tribunal held that the claimant had been discriminated against on the grounds of her sex, concluding that a man suffering from comparable symptoms would not have been treated in the same way (as the effect of the symptoms on a man would have been investigated further).

What can employers do?

First and foremost, demonstrate your investment into the wellbeing of your employees who may be suffering from the menopause by introducing a policy that addresses the issues and clearly signposts the help available. Raise awareness amongst all staff, and in particular empower managers to recognise where an individual may be suffering from menopausal symptoms and to seek medical input and consider what support and adjustments may be required. Not only will such measures mitigate against legal claims, they will support the engagement and retention of a richly talented inter-generational workforce of the future.

So in the words of menopause mogul Ellen Dolgen, “Suffering in silence is OUT! Reaching out is IN!” Let’s get the conversation started. Oh, and facilities team, can you let me know when my bulk order of desk fans arrive?!

Send your queries to Ash

“Ash” is a solicitor who is willing to answer work-related queries from solicitors and other legal professionals, which can be put to her via the editor: peter@connectcommunications.co.uk, or mail to Suite 6b, 1 Carmichael Place, Edinburgh EH6 5PH. Confidence will be respected and any advice published will be anonymised.

Please note that letters to Ash are not received at the Law Society of Scotland. The Society offers a support service for trainees through its Education, Training & Qualifications team. For one-to-one advice contact Katie Wood, Head of Admissions on 0131 476 8162, or by email: KatieWood@lawscot.org.uk 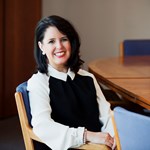