Human rights: When a child needs protection for life

English courts have had to decide when child offenders should be granted lifetime anonymity orders, in cases of likely relevance in Scotland
10th May 2021 | Anna O'Neil

In D v Persons Unknown [2021] EWHC 157 (QB), the two claimants sought lifetime anonymity injunctions to protect them against identification as the murderers of a vulnerable adult, Angela Wrightson. Aged 13 and 14 when the offence was committed, they were convicted as children and remain in custody as adults. The claimants’ identities have remained protected from the public by the Children and Young Persons Act 1933, s 39 anonymity orders, which have been maintained since 11 December 2014. Due to the protections in place, the claimants have been referred to as “D” and “F”.

The court was asked to consider whether the claimants’ circumstances were exceptional so as to merit application of the Venables v News Group Papers Ltd [2019] EWHC 494 (Fam) jurisdiction. In order to do so, ECHR articles 2, 3 and 8 had to be engaged without (in the case of article 8) an interfering balance from article 10. Evidence led suggested that a risk of physical harm by other inmates as well as members of the public was present. This included threats via comments made on social media platforms. However the existence of online threats was not considered to engage article 2 or 3. The case of RXG v Ministry of Justice [2020] QB 703 outlined the courts’ position, being that social media threats are generally considered insufficient to amount to a credible threat of violence, and thus fail to engage the Osman duty (Osman v United Kingdom (2000) 29 EHRR 245).

While the claimants failed to establish a credible threat to their safety by third parties, the position differed in relation to self-inflicted harm. Both claimants had a history of mental health problems, and one a history of self-harm and suicidal thoughts, and this was sufficient to establish a real risk of self-harm and suicide. Articles 2 and 3 were engaged in this instance. Revealing the identity of one would have led to the quick uncovering of the other, due to “jigsaw identification”.

In considering article 8 rights, the court adopted the approach established in RXG, and considered relevant (i) the ages of the claimants at the time of the offence; (ii) the anonymity protections in place thus far; (iii) the likely impact of identity disclosure on their mental and physical health; and finally (iv) any detrimental impact towards rehabilitation prospects. Set against these considerations was the weight to be afforded to article 10. There was clear public interest for reporting trials in full and identifying those charged with criminal offences. There was an additional public interest element in understanding how children aged 13 and 14 could commit violent crimes. Notably, both claimants were named at trial, and while protected by s 39 orders, there was a presumption that these would expire on their reaching adulthood.

Regardless, the court held that there was a real risk of serious harm to the claimants with articles 2 and 3 engaged. There was no scope to balance article 10 against these rights. In any event there was a further direct interference with their article 8 rights, which outweighed considerations under article 10. On this basis, the court granted permanent injunctions in favour of both claimants.

The significance of this case is that the claimants successfully invoked the jurisdiction established in Venables and RXG, in obtaining lifelong contra mundum reporting restrictions. The Venables jurisdiction has only been applied four times prior to RXG, highlighting the high threshold for success. It should be noted that the terms of the injunction were not absolute and did provide for review in the event of a material change in circumstances.

Whilst this is an English authority, there is a significant likelihood that Scottish courts would take account of similar factors when faced with granting an anonymity order. 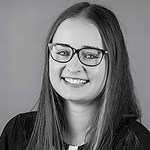