Our latest solicitor advocate profiled to mark 30 years of the law, hopes more women will join her in criminal defence
10th May 2021 | Krista Johnston 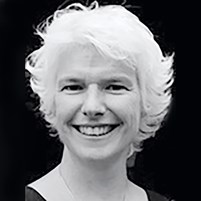 A friend, prosecuting in Kirkcaldy Sheriff Court turned to me and said, “You should apply to be a solicitor advocate.” She was a colleague I greatly respected and I suppose I was flattered that she thought I might be so capable. Perhaps she detected my long-held desire to practise in the highest courts. I admired many of the counsel and solicitor advocates that I instructed and I aspired to be among them. It was time to be brave.

I applied in 2006. Sitting a written exam after such a break from studying was daunting, but the course was excellent fun. Although short, it taught me a great deal. It also allowed me to meet others who became firm friends, bonded over shared experiences of new challenges.

One of the great attractions was to play a significant role in the theatre of the highest criminal courts. I wanted to be the one actually asking the questions or presenting the argument. Being a solicitor advocate means I can still enjoy the camaraderie of the sheriff courts and of my colleagues at Martin Johnston & Socha. We have been in business together for over 20 years and I am very proud of how we as a firm have grown and developed.

Being a sheriff court solicitor is a very different job from solicitor advocate. It is hard representing many clients over numerous different cases every day in court, while juggling custody appearances, police station attendances and office appointments. I admire all those who do it so seamlessly.

All change? Not quite

Over the 14 years since I qualified as a solicitor advocate, I have seen a lot of change in the High and appellate courts. I cut my teeth on sentence appeals before judges such as Lord Johnston, sadly now deceased. I argued summary conviction appeals from the depths of the extremely intimidating well of the Appeal Court in Parliament House. Now, the Sheriff Appeal Court sits, and in COVID times, appeals are conducted by Webex. It is less intimidating speaking from the “well” of my spare room.

Change has galloped towards us in other ways. At least 80% of my instructions are now for rapes, sexual abuse, domestic violence. Much of the debate in agents’ rooms centres around what one is allowed to ask a vulnerable witness. Section 275 is a complex minefield. Evidence is routinely taken on commission from the newly decked out suite at Atlantic Quay. Written questions for cross-examination are often requested, and joint investigative interviews, which formerly were only really useful as prior inconsistent statements, regularly become the evidence of the witness, by statute. Changed days indeed; much of it overdue and welcome.

Perhaps what has not changed is the low number of women among defence criminal solicitor advocates. With some notable exceptions (and I don’t mean me), it remains the case that by far the majority who routinely appear are men. I was very pleased to be accredited in 2020 with the status of senior solicitor advocate, but sad that there are no other women in criminal defence who are. There seem to me to be so many excellent female solicitors out there. Women defence lawyers are pleasingly now very prevalent in the lower courts, and I hope this heralds a similar future for the High Court – and not just for the Crown.

Writing this has reminded me that I should thank my friend from Kirkcaldy Sheriff Court. I have had the best highs and lows of my career defending in the High Court. I hope change does not erode the role of advocacy and adversary that I love so much. I was never into extreme sports, but the theatre of the court still serves amply well to raise my pulse.