Reading for pleasure: May 2021 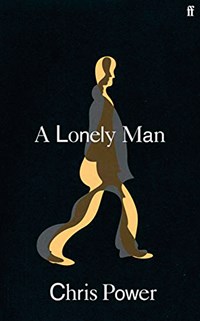 Robert and his wife have relocated from south London to Berlin and live in the newly gentrified Prenzlauerberg Kiez of Berlin. As Robert and his wife, Karijn cross Kollwitzplatz on their way to dinner they encounter a man, Patrick, being manhandled from a pub; Karijn steps in to prevent violence being meted out and the man turns out to be someone whom Robert encountered earlier that day, in a bookshop.

Patrick and Robert are fellow writers. Patrick appears to fascinate Robert and it transpires Patrick is a ghostwriter for a Russian oligarch. Robert relays Patrick's story, through his own narrative of using Patrick's experience to write a novel. However, Robert is drawn into the world of the long arm of the Russian state seeking to seize assets and silence dissent abroad.

Power captures the atmosphere of Berlin beautifully: “The nearest coffee shop was just a few doors down from his apartment... an ascetic space, with only a single blocky pine table facing the counter... the barista only spoke German and Japanese, made Robert feel he had failed to make Berlin his city.” The writing is affecting and memorable. This is a novel, the narrative of which lingers in the memory: the “spooks and phantoms” of the Russian state where “If you don’t play Putin’s game you lose everything.” 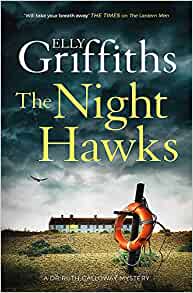 Night hawks are known detectorists who work illicitly at night. The group in this brilliant novel are made up of friends and acquaintances from school and locals in north Norfolk. While on a midnight dig, they uncover a body. DCI Harry Nelson is called in to investigate, as is forensic archaeologist Dr Ruth Galloway, Nelson's former partner, with whom she had a child, Kate. Ruth has recently been appointed head of department at the local university, and a new member of staff appears to have a keen interest in the night hawks and have relationships with others in the area which are initially ambiguous.

A retired doctor and his wife are found dead at their remote farm named after the famous “Black Schuck” (or dog). Their son is a detectorist and their daughter a local GP. The farm has a dark past, almost as dark as the lives led by the doctor's family. What is the connection with the Night Hawks, members of which seem to be forever present when bodies turn up? Tension mounts; false avenues of suspicion develop. Interwoven with the mythology of Norfolk, Griffiths brings us another gripping police procedural.

The Measure of Time 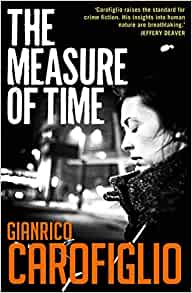 For some years now, legal papers had been filling me with a sense of nausea, and the syndrome was getting slowly but inexorably worse. No, that’s not me in the year prior to retirement, though if recent surveys are accurate, it may be a feeling common to many. They are the sentiments of Guido Guerrieri, avvocato in Bari, in southern Italy.

His jaded palate is piqued when his clerk tells him of a new lady client named Delle Foglie, no first name given. And yes, it turns out to be that Delle Foglie, Lorenza. The measure of time is, I suppose, the quarter century or so which spans where Guido is now, and the wild few months of their entanglement, an odd association between a fairly naive trainee prosecutor and a flighty, worldly wise Lorenza.

The case? Lorenza’s son has been convicted of murder, the original lawyer has died, and Guido is instructed to take on the appeal. So we have the first two strands, the case itself and their past relationship. And, er, that's it. A third of the way through, when you realise there is no hidden cast of characters and not too many twists, you take stock. How on earth is Carofiglio going to hold our interest? Yet he does, to the very last page. I consumed the book in about three sittings.

I make a point of avoiding sleeve notes before reading a review (or indeed, any) book. It was clear that the author had a legal background, simply from the attention to detail in the courtroom sections. One learns that not only was he a lawyer, he was an examining magistrate in Bari heading up an anti-Mafia unit. Perhaps no coincidence that his hero's surname translates as “warriors”.

This is the sixth Guerrieri novel published by the ever reliable Bitter Lemon Press. Not only am I happy to recommend this one, I'm very tempted to dip into some of Guido's closed files.