Current developments suggest an appetite for greater use of ADR within our civil court processes, and the Society’s Access to Justice Committee hosted a round table to consider the issues
19th August 2019 | Jim Stephenson

The introduction of the new simple procedure rules in 2016 transformed the way in which lower value civil claims are dealt with in Scottish courts. One of the smaller, but most significant changes was the embedding of alternative dispute resolution (ADR) within these rules.

A sheriff must ask parties about their attitudes to resolving cases by negotiation or alternative dispute resolution, and must encourage this approach. Some sheriff courts have mediation projects co-located or working in partnership, but the availability of ADR is limited in other parts of Scotland. It was this geographic challenge that first drew the attention of our Access to Justice Committee: how to ensure full coverage and how, particularly for claims of low financial value, to ensure that the costs of this ADR are proportionate and affordable. Other jurisdictions offer such services, such as the Small Claims Mediation Service in England & Wales, free to use for people accessing small claims procedure, and offering an hour of telephone mediation to help resolve a case.

The opportunities from embedding ADR in court processes stretch beyond resolving simple procedure cases without requiring decision by a sheriff (and ADR is not solely about mediation). Embedding ADR elsewhere in the civil justice system raises fundamental issues: around human rights, the level of encouragement or compulsion, cost, the types of cases suitable for ADR, the role of solicitors and the deployment of technology. Ultimately, the question is whether this approach can improve access to justice for people, and provide fair, just and effective outcomes. These were some of the issues that our committee discussed with stakeholders at our ADR round table this July.

Two recent developments have added to the debate around the role of ADR: the first, a consultation on a Mediation Bill from Margaret Mitchell MSP; the second, a report from Scottish Mediation on mainstreaming mediation in the civil justice system. The proposed bill would embed ADR into all civil court rules, save for categories of case exempt from referral to ADR, such as judicial review, certain family proceedings or cases involving domestic abuse or sexual harassment, employment and tax cases. A pre-mediation assessment would need to be completed, followed by a mediation information session to discuss the suitability of the case for this type of resolution. A duty mediation roster would ensure availability of skilled mediators nationwide.

The Scottish Mediation report makes broader recommendations around mainstreaming mediation. Rather than a duty scheme, there would be an Early Dispute Resolution Office to review cases and direct them to mediation or other appropriate dispute resolution. Rather than excluding particular types of case, as with the consultation on the proposed bill, there would be mandatory referral to mediation with provision for “special cause exemptions” under a prescribed list of grounds.

Both of these proposals merit further consideration. Together they suggest an appetite for change around the way in which disputes are resolved. Both are more facilitative than directive, avoiding the compulsion to ADR (or facing expenses sanction in later court action). Both sit as an adjunct to the court process, rather than separate to it. And both would require assistance from government, particularly financial resource for lower value civil claims, to be successful. Legal aid does fund some mediation – meeting the costs of around 7% of all publicly funded family cases, though less than 1% of other civil cases – but lower value simple procedure, as with the small claims procedure before it, is largely exempt from scope.

Resource could also be used to deploy technology into this area. Developments in England & Wales may show a way forward, through the investment being made towards Her Majesty’s Online Court, a virtual dispute resolution process in three stages: an online portal offering initial triage of a dispute; if not resolved then, an online dispute resolution stage using ADR; and if not resolved then, a virtual court hearing.

Again in England & Wales, it was reported earlier this year that two parties who had failed to reach agreement through the Small Claims Mediation Service had done so through an automated settlement platform. As parties to simple procedure in Scotland use the Civil Online portal more, there could be ways in which technology could integrate with this platform.

Whether these proposals are adopted in Scotland, there is arguably growing momentum for change. It is important that the profession engages with these issues, to ensure that effective access to justice is provided, that standards are maintained and that people are still able to secure the best outcomes possible. Our committee will be providing views to the consultation on the Mediation Bill, and publishing a report on our thinking in this area, and we encourage anyone with an interest to get in touch. 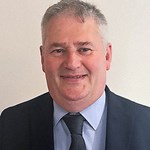