In a new collaboration, the Society and Faculty of Advocates will offer CPD guidance on issues arising in relation to agricultural leases
19th August 2019

Thursday 26 September sees something of a novel departure in the Law Society of Scotland’s training offering. For the first time (as far as the Society’s training records show), the Society is having a joint training event with the Faculty of Advocates on agricultural leases.

The seminar arose from discussions I had with Sir Crispin Agnew of Lochnaw QC, one of the bar’s experts in agricultural law, at last year’s agricultural and rural law seminar held by the Society in Glasgow. The two of us will co-host the event, which will cover a wide variety of aspects of law as it applies in rural Scotland, including the leasing of farms.

It is increasingly difficult for younger members of the bar to gain a grounding in agricultural law, and this is true for the solicitors’ side of the profession as well. The aim of the seminar is to give a solid grounding on the law of agricultural leasing to the less experienced, both advocates and solicitors, as well as a refresher for those who have been working in the area. The speakers will be a mix of advocates who have done work in this area, and solicitor accredited specialists.

Agricultural law is a recognised niche area, and farm leases are among the most heavily regulated private contracts. Most lawyers, when hearing that there may be an agricultural lease involved, remember their early training and run away quickly – leaving the agricultural lawyers to come in, like the fire brigade, and see what can be saved! In years past, getting it wrong in this area of the law has resulted in many, and often large, professional indemnity claims, and even those who do practise in the area are very conscious of the risks and need for care.

To give an example, there have been occasions where developments on what was “open” land have been on the point of proceeding, only for it to be noticed that there was an arrangement on the land which amounted to an agricultural lease. Since it is generally understood that the agricultural tenant’s share of the vacant possession value of the land can be about a third of the total, if you have put the value up by getting planning, it will usually not be cheap to persuade the tenant to take the money and go.

There are still several thousand secure agricultural tenancies in the country, affecting land worth many millions of pounds, although the number has been reducing in recent years. They come up in surprising places and the rules often surprise lawyers with no familiarity with the sector, as well as their clients. Lord Gill, unquestionably the doyen of the agricultural lawyers of the past generation, is on record as saying that the complexities of this whole area of the law – where statute and common law overlap and different government policies down the years have left their own layers in the mix, or maybe midden – are ripe for reconsideration and consolidation. Until that happens, however, someone has to know what to advise.

In addition, this area has received recent close attention from the Scottish Parliament. The creation in 2018 of the Scottish Land Commission, and in particular the Tenant Farming Commissioner, has resulted in a new focus on the relations between agricultural tenants and their landlords, with many guidance notes and statutory codes of practice being issued. Extensive new rights have been granted to existing tenants to buy their farms, to assign their tenancies and even in some cases to sell them. This is therefore an area of the law which is changing quite quickly, albeit against the background of long-established rights dating back to the period just after World War 2.

It is good to see this new cooperation between the Faculty and the Society, and let’s hope it paves the way for similar initiatives in specialist areas of the law.

For details of the conference see www.lawscot.org.uk/agrileases19 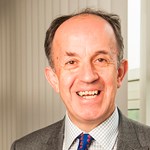