Scotland’s Climate Change Bill is driven from the top for practical action on the ground. Is it enough to deliver a Climate-Just Scotland?
19th August 2019 | Tahseen Jafry

The world is facing a climate emergency. More than 800 cities and councils from Glasgow to Sydney have declared a climate emergency. In July, Edinburgh was one of many places to register its hottest day ever. Science tells us that we do not have time to waste. The Schools Strike 4 Climate campaign led by Greta Thunberg, and Extinction Rebellion’s call for a Citizens Assembly on Climate and Ecological Justice have, I believe, been hugely influential in the call to action. The Intergovernmental Panel on Climate Change warns that the world may only have until 2030 before climate change reaches dangerous levels.

In order to tackle the crisis, the Scottish Government has laid out plans through its Climate Change Bill, which aims for net-zero greenhouse gas emissions by 2045 with interim emissions reduction targets of 70% by 2030 and 90% by 2040. These targets are stricter than ministers had previously proposed, but have been accepted by them in response to the UK Committee on Climate Change Report Net Zero – The UK’s Contribution to Stopping Global Warming, published in May, which says these more ambitious targets reflect Scotland’s greater relative capacity to remove emissions than that of the UK as a whole.

Many questions must be considered and inquiries undertaken for such an ambitious bill to deliver on the many changes that need to take place on the ground to reach these lofty goals.

Public engagement with individuals across society is absolutely vital. It is encouraging to see the Government taking positive steps through its Big Climate Conversation (launched by the First Minister at the World Forum on Climate Justice, Glasgow Caledonian University, June 2019), to (1) hear the public’s concerns and understand what changes they are willing to make, and (2) hear their demands on what they want the Government to do to tackle the global emergency.

Issues of inclusivity and inequality must be given attention to ensure that the Big Climate Conversation captures diverse voices. There is no doubt that adapting to a changing climate will be easier for some than others, so it is important that through legislation the Government includes the views of those living in socially and economically challenging circumstances, people from different ethnic backgrounds, asylum seekers, refugees and those in geographically isolated areas, amongst others.

Thus following the principles of procedural justice should lead to the development of a Scottish low-carbon economy that does not impact negatively on the poorest and most vulnerable. Using the right frameworks to establish progressive, transformative change and sustainable processes to empower all members of society, regardless of age, wealth, ethnicity or any other status, could be a cornerstone for the Government’s Just Transition Commission in delivering a “Climate-Just Scotland”.

The costs of achieving a climate-just, low-carbon economy will be significant, but the cumulative benefits to society, the environment and the economy far outweigh these. We have no time to wait, but our approach also needs to be pragmatic, as Sir David Attenborough recently highlighted. The emission reduction targets are ambitious and will require concerted effort and strong leadership, as well as political will and the creation of an enabling environment at all levels of governance.

We need to think very quickly about what policies and plans have to be developed and implemented across different parts of government to achieve these targets: transport, housing, industry, agriculture, aviation and shipping. Will these become standard practice and find their way into the law? If reducing carbon emissions does not become a legal requirement, what are the likely impacts and consequences in the short, medium and long term on climate change and our environment? Where does the onus of responsibility rest – with individuals, industry or governments – and how do we all arrive on the same platform?

In its report 10 Threats to Global Health, the World Health Organisation indicates that between 2030 and 2050, climate change is expected to cause an additional 250,000 deaths per year, including from heat stress. In Scotland, we have a huge opportunity to act now, end our contribution to rising global temperatures and show other nations the way. 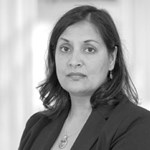