Of all the the public interest litigation thus far thrown up by Brexit, the decision of the UK Supreme Court in Cherry/Miller [2019] UKSC 41 (24 September 2019) is that which best lives up to the hype around its constitutional significance, even if some of the more extreme characterisations of its effect on relationships between the components of the constitution are overblown.

To put the judgment in context, it is helpful first to summarise the background. As is well known, the applicants in both cases challenged the recent prorogation of Parliament, which is formally a decision of the Queen in Council, acting on the advice of the Prime Minister (which advice is invariably followed). The issue for the court was whether that advice, and the resulting prorogation, were unlawful.

In Miller [2019] EWHC 2381 (QB), the Divisional Court had held that this matter was one that a court could not properly consider, on the ground that it related to non-justiciable questions. That was also the decision in the Outer House in Cherry: [2019] CSOH 70. However, the Inner House ([2019] CSIH 49) considered that the matter was justiciable, and concluded that the Prime Minister’s advice and the resultant prorogation were unlawful on the basis that the latter had been effected improperly so as to “stymie” Parliament from discharging its functions. That is because the effect of prorogation is not only that there are no debates in the Commons or Lords, but also that select committee work is suspended, and there are no questions to ministers, so that the usual parliamentary tools for scrutiny of executive activity are not available during prorogation.

Marking the significance of the issues, the conjoined appeals were heard by a panel of 11 of the 12 Justices: the largest permitted configuration of the court. Their judgment was unanimous, itself a significant point, given the nature of the issues before the court. Further, the judgment records (para 1) that the central issue arises “in circumstances which have never arisen before and are unlikely ever to arise again. It is a ‘one off’”. Nevertheless, the court was satisfied that “our law is used to rising to such challenges and supplies us with the legal tools to enable us to reason to a solution”.

While it is correct to point to the singular nature of the appeals, the operative principles are of much more general application.

If the issues raised on both cases were not justiciable, that would be an end of the matter. The Government argued that prorogation is fundamentally a political question, and hence not justiciable. As already noted, the courts below were divided on this point, but the Supreme Court had little difficulty in holding that simply because the issue in a given case “is political in tone or context” was not, of itself, sufficient to render the matter non-justiciable, rightly observing that many questions arising from Government (i.e. executive) action are political in varying degrees. Rather, the question is whether the point in a given case amounts to a legal question, irrespective of whether it also gives rise to political consequences.

That is evidenced by the long series of cases stretching back to the 17th century in which the courts in Scotland and England have grappled with executive powers, and prerogative powers in particular. In the GCHQ case ([1985] AC 374), the House of Lords put beyond doubt that determining the existence and extent of prerogative powers is a question for the courts. In the same case, the Law Lords held that the review of the exercise of powers in a particular case would depend on the nature and subject matter of the power in question. So, in this case, the question was justiciable because it concerned the power of the Prime Minister to advise the sovereign to prorogue. Being a question of the boundary of executive power, the court characterised that as fundamentally a legal question.

The second question, therefore, is what are the limits to the lawful exercise of the power to prorogue? Here, the Supreme Court went deep into the structure of the uncodified British constitution, focusing on two fundamental principles: parliamentary sovereignty, and parliamentary accountability, which the court characterised by reference to observations by Lord Bingham in the Privy Council case of Bobb v Manning that “the conduct of government by a Prime Minister and Cabinet collectively responsible and accountable to Parliament lies at the heart of Westminster democracy” ([2006] UKPC 22, at para 13). That same notion of accountability is an essential element of the way in which the separation, or perhaps more accurately, balance, of powers is given expression in the Westminster constitutional model.

On the question of whether prorogation in this instance did have the effect of frustrating or preventing the ability of Parliament to carry out its constitutional functions without reasonable justification, no doubt to the disappointment of some political commentators the court concluded it was not necessary to explore questions of motivation. Instead, the court focused on the effects of prorogation on the principle of parliamentary accountability.

So the question came to be, what is the legal limit on the power to prorogue which makes it compatible with the ability of Parliament to carry out its constitutional functions? The court answered that question in this way:

“For the purposes of the present case, therefore, the relevant limit upon the power to prorogue can be expressed in this way: that a decision to prorogue Parliament (or to advise the monarch to prorogue Parliament) will be unlawful if the prorogation has the effect of frustrating or preventing, without reasonable justification, the ability of Parliament to carry out its constitutional functions as a legislature and as the body responsible for the supervision of the executive. In such a situation, the court will intervene if the effect is sufficiently serious to justify such an exceptional course.” (para 50)

In this context, the intervention of the former Prime Minister Sir John Major was significant. His (unchallenged) evidence was that duration of political and executive work on the Queen’s Speech varies, but typically lasts around four to six days. Against that background, and having regard to the effect of a five week prorogation on parliamentary accountability, the court held:

“It is impossible for us to conclude, on the evidence which has been put before us, that there was any reason – let alone a good reason – to advise Her Majesty to prorogue Parliament for five weeks, from 9 or 12 September until 14 October.” (para 61)

The decision was thus unlawful.

Having reached that view, the final question involved determining the legal effect of that finding and therefore what remedies the court should grant. Here, the court had no difficulty making a declaration that the Prime Minister’s advice to Her Majesty was unlawful. There was a larger question whether it could go further and agree with the Inner House that the prorogation itself was unlawful, and thus void.

For the Prime Minister, it was argued that doing so would infringe article 9 of the Bill of Rights 1689, which precludes “proceedings in Parliament” being questioned in any court. On this point, the court held on the basis of prior authority that it was for the courts, and not for the other branches of the state, to determine the boundaries of article 9, and that it was long understood that article 9 was about freedom of expression and debate in Parliament. Thus while the prorogation took place within Parliament, it did not concern proceedings there.

“This court is not, therefore, precluded by article 9 or by any wider parliamentary privilege from considering the validity of the prorogation itself. The logical approach to that question is to start at the beginning, with the advice that led to it. That advice was unlawful. It was outside the powers of the Prime Minister to give it. This means that it was null and of no effect”. (para 69)

The court went on to add perhaps the most colourful metaphor in the judgment: “This led to the actual prorogation, which was as if the Commissioners had walked into Parliament with a blank piece of paper. It too was unlawful, null and of no effect.” (para 69)

A reaffirmation, not a coup

Of course the immediate significance of the court’s decision rests in the rather febrile political context in which it was given. Its longer-lasting importance lies in the articulation in one case of a contemporary understanding at the highest judicial level of core constitutional principles: parliamentary sovereignty, parliamentary accountability of the executive, and the effect of the rule of law in guaranteeing access to the court as a check on executive power, especially where the effect of that exercise of executive power is to disable parliamentary engagement.

All of which serves as a reminder that the executive is accountable to Parliament – a long-established principle but perhaps overlooked during the 20th and early 21st century era of single party Government with substantial Commons majorities. In short, it is suggested that far from being a constitutional coup, as some have claimed, the court’s decision in these cases is a reaffirmation of longstanding constitutional principles. 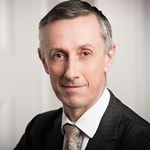 Kenneth Campbell QC is an advocate with Arnot Manderson Advocates