This year’s American Bar Association conference focused on human dignity, a subject which features strongly in matters in which the profession is currently involved here in Scotland
9th September 2019 | John Mulholland

I attended the American Bar Association conference this year. I was very interested to hear the debate that the ABA were having about human dignity. It was distinct from human rights which of course they, like us, are already fully committed to. The debate was about the wider issue of dignity and how lawyers could ensure that consideration was at the heart to what they do and how they practise and how they could uphold that notion.

The discussion was particularly pertinent because the ABA awarded their gold medal to Japanese-American lawyer, Dale Minami. Minami, amongst an array of many other impressive achievements, helped lead a legal team of pro bono attorneys in successfully reopening Korematsu v United States, resulting in the quashing of Fred Korematsu’s criminal conviction for defying the internment of Japanese Americans during World War 2. Human dignity appeared to me to be at the very heart of that case. I hope you can find the time to have a look at the very moving film Then They Came for Us if you get the chance. It is well worth a watch.

Two sides of the law

It struck a chord with me because of what is happening in our country. The present climate seems to be creating a feeling of our citizens being “others”. European citizens, many of whom have lived here for many years, have families and successful careers. They appear to be being made to feel different, and when you are made to feel different it becomes easier to get the impression that you are being treated differently.

I was considering the current eviction cases in Glasgow, where security companies are locking out those whose asylum applications or appeals have been refused from the homes they have been living in. Our members are working tirelessly to provide outstanding advice and representation to those affected. It seems to me this is also an issue about human dignity.

However, how does that law affect the human dignity of those who are excluded from the only Scottish home they have known? Whatever your status, if you live here, surely a commitment to human dignity means you should have access to what may be your only source of security and shelter. To paraphrase, every person’s home in Scotland is a castle?

As Scottish solicitors we are all committed to the rule of law. The rule of law is obviously upheld when a sheriff, a completely independent and impartial observer, decides that the company is acting legally, and that of course is rightly so.

The rule of law was upheld when internment laws were properly passed in the US and Brexit regulations properly passed in Parliament. But how do these laws affect the human dignity of those they apply to? Japanese, European, asylum seekers. All “others”, but all human beings.

I feel I am extremely fortunate to be the President in our platinum year, when there are so many other significant birthdays. I would like to offer the Society’s congratulations to the Citizens Advice Bureau on their 80th birthday. Citizens Advice Scotland’s 59 member bureaux together form Scotland’s largest independent advice network outwith our profession. They help more than 295,000 people solve their problems and work tirelessly to help ensure their rights are respected. I know many of you volunteer for them and offer advice and support. It is right that we recognise the invaluable service they provide.

However, I cannot leave you this month without mentioning the significant achievement of another fantastic organisation. The Glasgow Bar Association celebrates its 60th anniversary this year. I have kept a close relationship with members of the GBA even though Glasgow is no longer my home court. I have known many of the members who have gone on to become office bearers, Vice Presidents and Presidents. I have nothing but the greatest affection and admiration for this Association. The tireless work they do for their members by way of education and training and ongoing support goes a long way to ensure that the citizens of Glasgow who find themselves in need of advice and representation are fortunate enough to have access to solicitors of the very highest quality. I am sure you will join me in wishing them the heartiest congratulations and every success for the next 60 years and beyond. 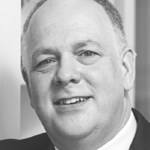