An update of the Society's advice on the impact of Brexit on practice rights, reviewing the consequences of a no-deal Brexit on 31 October
9th September 2019 | Siobhan Kahmann, Katie Hay

Much of that information is still relevant, but given that the UK Government has recently announced greater investment in no-deal planning and UK representatives will cease to attend the vast majority of EU meetings in the lead-up to 31 October, it is prudent now to focus on what the rights of Scottish solicitors will be after an exit day with no agreement with the EU in place. It is worth revisiting the second of our previous articles as a reminder of the impact Brexit will have post-exit day on practice rights. Against that backdrop, there have been some significant developments in some member states as they make their own preparations for the impact of the UK’s departure from the EU.

We wrote in our previous article that Irish requalification might offer a potential route of continued rights to EU practice for Scottish solicitors, although we were also careful to detail the reasons why we were not convinced that it would grant unfettered access from the UK to the EU legal services market post-Brexit. For that reason, we also recommended ways to demonstrate legitimate use of the Irish qualification once obtained.

Some developments have occurred since then.

At the beginning of the year, a number of UK-based solicitors reported a delay in receiving their practising certificate from the Law Society of Ireland (LSI), including solicitors who had held an Irish practising certificate in previous years. In the lead-up to the original exit date of 29 March, LSI eventually issued them, but informed its members practising outside Ireland that they were in possession of a conditional practising certificate, as LSI could only legally regulate solicitors physically practising within Ireland. There was also a requirement highlighted requiring Irish professional indemnity insurance.

LSI subsequently reviewed its position and reissued unconditional practising certificates to those affected. However, accompanying guidance made it clear that the individual must be practising from Ireland (save from the applicable rights under the EU directives – by which the individual would be regulated by the host member state bar), and must hold the appropriate insurance. In addition, it provided that Irish-qualified solicitors practising in a non-EU jurisdiction, who are also qualified in that jurisdiction (for example, a dual-qualified Scottish-Irish solicitor practising in Glasgow post-Brexit) do so “in accordance with their registration in that jurisdiction” and not under their Irish practising certificate.

Our understanding is that LSI intends to publish clarificatory guidance aimed specifically at UK lawyers later this year. In the meantime, it may be worth looking at the Brexit FAQ section on the LSI website for further information.

In May this year, the Irish and UK Governments entered a memorandum of understanding confirming their mutual commitment to the Common Travel Area (CTA) and the continued protection of the rights and privileges it affords to Irish and British citizens. This includes the right to move freely and reside, the right to work, and the mutual recognition of qualifications. Further legislative steps are envisaged to formalise the CTA arrangements.

Some other EU jurisdictions have introduced or intend to introduce provisions to facilitate the continued practice of UK lawyers in their jurisdiction in the event of a no-deal Brexit.

In Belgium at present, only EU nationals can requalify as Belgian lawyers. Thanks to representations made by the Brussels bars to government, there is provision in their no-deal legislation for the nationality requirement to be waived until the end of December 2020, allowing UK lawyers practising there extra time to requalify under the Establishment Directive. Furthermore, the Flemish-speaking Brussels bar is allowing UK lawyers who have at one time in their career practised for three or more years in Brussels and were listed on the E-list for that time (quite common among competition lawyers), the opportunity to requalify, even if they have since returned to the UK. To our knowledge, several Scottish practising certificate holders have become full Belgian avocats/advocaats.

The UK bars and law societies, through our joint membership of the Council of European Law Societies and Bar Associations (CCBE), are working towards a memorandum of understanding with the Brussels bars to provide certainty on how UK lawyers can practise in Belgium post-Brexit (and vice versa).

The French Government issued Ordinance 2019-76 in February 2019, which permits UK-qualified lawyers a one year grace period post-exit day to requalify as a French avocat via the Establishment Directive. (It also provides that UK LLPs which are already established post-exit day will be grandfathered and will not have to restructure.)

Furthermore, the French Government issued an ordinance in April 2019 providing for the creation of a foreign legal consultant status by amending the Act of 18 November 2016. This will be available to foreign lawyers admitted to a bar of a non-EU member state that is linked to the EU by an international treaty.

Similar to Belgium, only EU nationals can qualify as lawyers in Luxembourg, but the requirement can be waived on grounds of reciprocity if the home jurisdiction of the individual in question can demonstrate that it welcomes Luxembourg candidates for requalification.

Again, through our membership of the CCBE, we hope to reach a reciprocal agreement with the Luxembourg bar.

Though not in the EU, due to a citizens’ rights agreement made between the UK and Swiss Governments in December 2018 UK lawyers already registered and working in Switzerland on a permanent basis under their home professional title before exit day will be able to continue to do so. Those who have not yet registered will have until 31 December 2022 to apply for registration to work in Switzerland under their UK professional title on a permanent basis or transfer to the Swiss professional title. This four year period also applies to UK citizens who have started but not yet completed their legal professional qualification as of exit day but finish it before the four year period ends.

Position of EU lawyers in Scotland

In the event of a no-deal Brexit, the preferential treatment of EU, EEA and Swiss lawyers will end in all UK jurisdictions, and their position will be aligned with third country lawyers. This does not mean that EU lawyers will not be welcome to live and work in Scotland (subject to satisfying any immigration requirements), but it may impact on the type of work they are able to carry out and the position they are able to hold in a practice unit. EU lawyers will still have the option to requalify as a Scottish solicitor as, unlike some other jurisdictions, we do not impose any nationality restrictions on who can become a Scottish solicitor.

The regulations referred to earlier, which revoke the preferential treatment of EU, EEA and Swiss lawyers under the Establishment Directive, at the time of writing also contain a provision for a transitional period (until 31 December 2020), to allow EU and EEA lawyers already registered with the Law Society of Scotland the time to make the necessary changes to their practice to comply with the new regulatory framework, such as changing practice or transferring qualifications.

Enhanced provision is made for Swiss lawyers, to reflect the agreement referred to above. They will have until 31 December 2022 to make the necessary arrangements to continue to practise in Scotland.

It is expected that the vast majority of Scottish solicitors should not be materially affected by these Brexit-related practice developments in their day-to-day work. Specialists in areas such as competition, IP and regulatory will be more heavily impacted in terms of potential rights of audience in front of the EU courts, and rights of privilege from EU institutions.

As mentioned in our previous article, it would still appear to be the case that an Irish qualification is not going to represent a guaranteed solution. However, this can be addressed by properly establishing in and practising from Ireland – although it remains to be seen how many Scottish firms will take this route.

While the likelihood is that we will lose our practising rights throughout Europe as part of the Brexit process, it is encouraging that at least some other EU jurisdictions have voiced their appreciation of the contribution UK lawyers make to their legal services market and have taken steps to encourage their continued recognition. The Law Society of Scotland is committed to continuing to develop positive relationships with our European bar association friends post-Brexit, with a view to establishing effective mutual recognition arrangements. 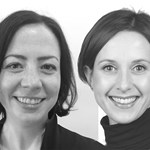